Looking for a Push Gaming Casino? 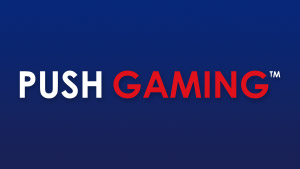 Push Gaming, is a well-known game developer based in London. With a team of 40+ staff members, and their own dedicated Sales and Marketing Team, Push Gaming has established itself as an internationally renowned gaming company.  In the list below you will find casinos guaranteed to host games from this now legendary game developer.

4/5
PLAY
Borgata
he Borgata Online was established in 2013 and has been developed following the success of the Borgata land-based casino located in Atlantic City, US.
Review

4/5
PLAY
Golden Nugget
Have you ever been to Vegas, the place where all your gambling dreams come true? Well, this is what Golden Nugget Online Casino gives us a taste if Las Vegas but online. Owned by the landbased Golden Nugget Atlantic City Casino, it forms part of the few online casinos that are regulated in the State of New Jersey,
Review

4/5
PLAY
playMGM
You might have heard about the MGM located in Sin City, the glossy resort that is one of the powerhouse casinos in Vegas.
Review

4/5
PLAY
Unibet NJ
When it comes to online casinos, Unibet does not need any introduction, as the casino is deemed one of the biggest paradigms in gaming today, and forms part of the Kindred Group. The brand was established in the 90s, but only in 2019 did Unibet launch the newest casino that is authorized and regulated by the State of New Jersey Division of Gaming Enforcement.
Review

What made this happen? Addition of their new games. Their older games are fine too if you don't mind low variance and little potential. They are expanding so quickly that there is a huge list of Push Gaming Casinos available online. But if you enjoy the rush and need a high variance or very high potential to win jackpots, we recommend trying out their newer slots. These are frequented by most of CasinoGrounds’ streamers, including none other than LetsGiveItASpin. In this list, you will find some great online Push Gaming Casinos.

Push Gaming was established in 2010 by James Marshall and Winston Lee. Their initial focus was to give the experience of land-based casinos, online. In 2012, they released their first licensed game with the Gala Coral Group. But in 2013, they took a decision that would change their company’s direction and vision completely. They decided to produce their own online slots with HTML5. In the same year, they went on to partnering with Unibet to develop games on an exclusive basis. It took them 2 years, but they released their first Unibet Collaboration and HTML5 game. 2016 however, was a big year for Push Gaming. They formed a partnership with one of the most well known online casino websites in the market, LeoVegas.

By the end of 2016, they had 9 HTML5 desktop and mobile games live across 20 brands! There was still something missing. Visually, their games really did the trick and it seemed pretty clear that creativity, wasn’t lacking. But, after studying the online gambling market very carefully, Push Gaming decided to add a special ingredient that would change the fate of their slots forever, high variance, and most importantly, extremely high potential. They ended 2018 with massive goals like opening their new Malta office, releasing 2-3 very popular slot games, and with 2 partnerships: Gaming Innovation Group (GIG) and EveryMatrix.

It’s safe to say that Push Gaming, is here to stay and we look forward to a very bright future from this company.