Review updated on: 26/04/2022
PLAY NOW
Be the first one to rate
Available in your country

The brand CasinoHeroes is an innovative casino where the player is placed in a mythical setting where the goal is to advance through a series of maps and beat a series of "bosses". To advance, all the player needs to do is play casino games and once a meter is filled they get to go into a boss fight. While fighting the bosses, which is done via pick and click, one will gather different gifts and rewards, redefining what a casino bonus can be. If the player wins they get to keep the rewards and advance in the map, to chase bigger rewards and more boss fights. If one is unlucky to lose the fight, one will fall back a bit on the meter and have a re-match once it is filled again. 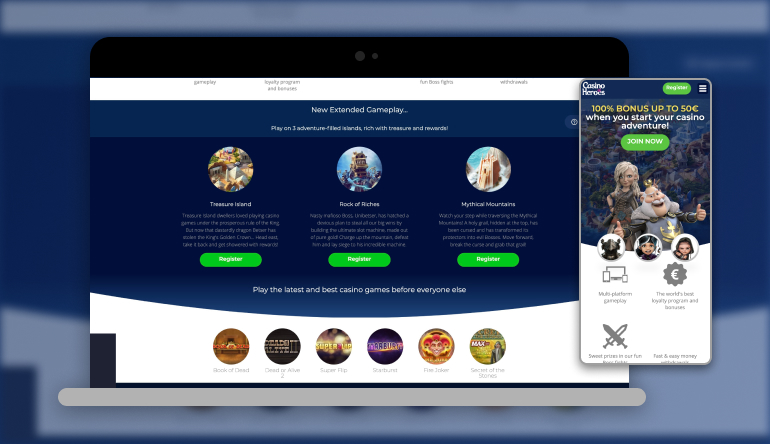 CasinoHeroes was founded in 2014 and has had explosive growth ever since.  It is run by the reputable Hero Gaming Group that also operates other popular brands such as Speedycasino and Betser.

Hero Gaming is licensed both with the MGA and UKGC, and Spelinspektionen in Sweden. Players are offered to play either in Euros, Swedish krona or GBP.

New players at CasinoHeroes are offered two deposit bonuses or two free spin offers. The bonuses are of the "parachute" kind which means that one can always withdraw as long as the bonus money has not been touched. To activate the bonus offer you are required to make a minimum deposit of €10.

The welcome bonus is as follows:

As mentioned above, besides the bonuses players are also greatly rewarded by advancing through the casino adventure maps and fighting bosses. Heroes also frequently send out offers via e-mail and text messages, if one opts in for this. 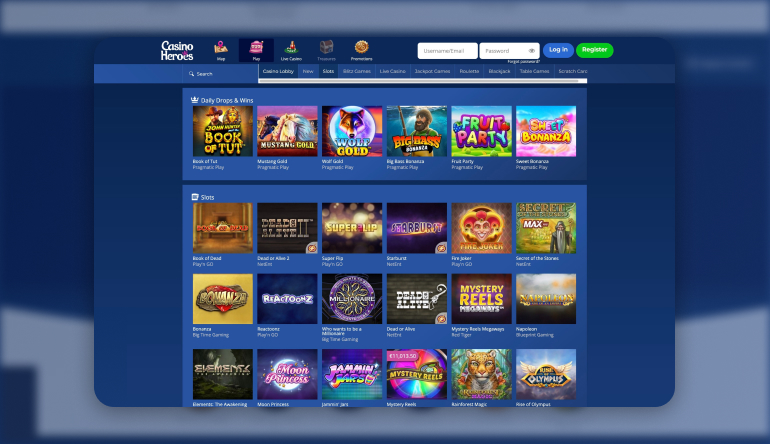 There is no shortage of games at CasinoHeroes and pretty much all popular game providers have their games on offer here. You'll find Netent, Play n' Go, BTG, Microgaming, Quickspin, BluePrint, Push Gaming, Thunderkick, Yggdrasil, Elk Gaming and more.

The games are available both as desktop versions, mobile and via a neat mobile app. 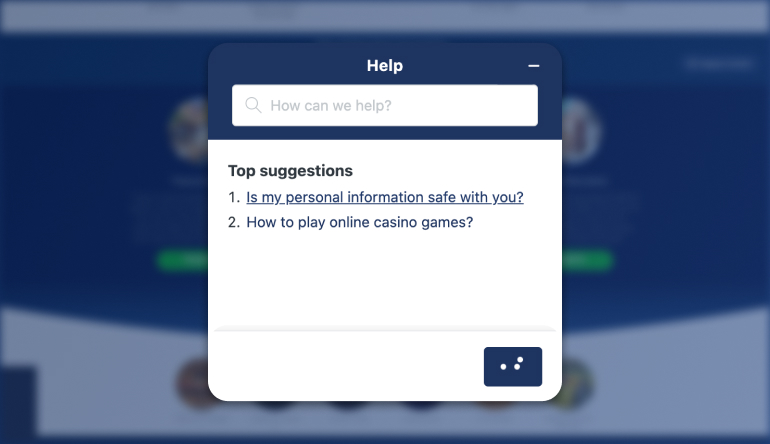 Support is available in several languages such as English, Finnish, Swedish & German. Methods to get in touch are live chat, e-mail and phone.