Wolf Hunters by Yggdrasil Gaming released on 24.09.2018 is a 5-reel & 3-row online slot with 20 paylines and a 96.1% RTP. This is a werewolves-themed game offering players a max win of up to 3000x their stake. Wolf Hunters can be played on all devices from €0.1 to €100 per spin and is considered a medium volatility game. 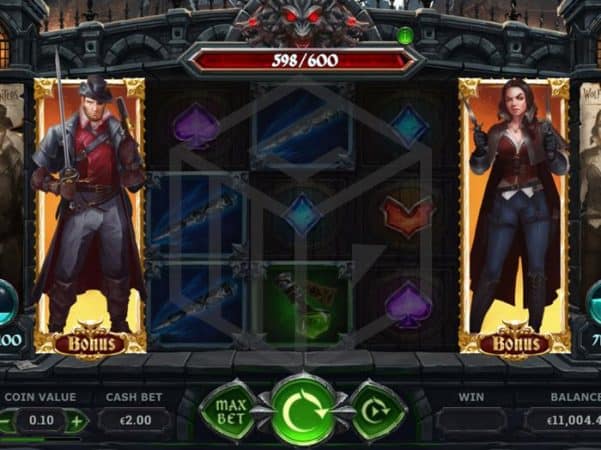 As previously mentioned, Wolf Hunters has three separate free spin features along with the wild symbol. The Werewolf, The Hunter and Huntress and Wilds. While the werewolf symbol simply acts as a high paying symbol in the main game, when defeated by the Wolf Hunters it will turn into a sticky wild. The video slot also has a sticky wild symbol that will award players with re-spins along with two other free spin symbols that can activate free spins.

The werewolf is the highest paying symbol but also functions as a wild. When it lands on any reel in the game, one of the two hunters will try to hit it and if successful, the symbol will then turn into a sticky wild. At the same time, one re-spin will be awarded. If the hunters are not successful, the werewolf will simply act as a regular high-value symbol.

The Hunter and Huntress 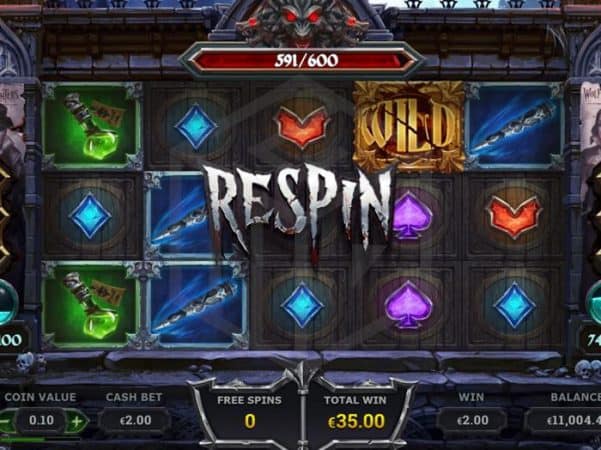 In each round where a wild symbol lands on a wheel, a re-spin will be triggered where all wild symbols will be sticky wilds. Wilds have the power to replace all regular symbols in the game and can land on the reels in both the main game as well as all three free spins features.

Our thoughts on Wolf Hunters 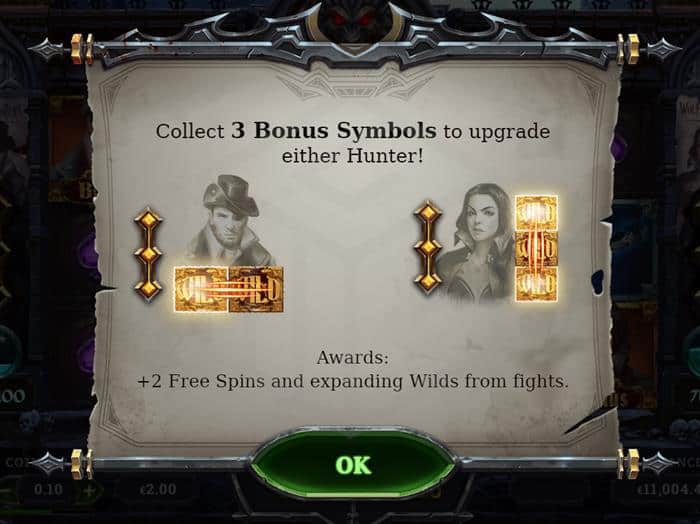 Yggdrasil Gaming has done an overall great job with the Wolf Hunters video slot, however, there are a couple of issues we would have like to see executed better. One point being the free spins modes, where players should be aware that some work and patience is needed to actually trigger these. The sticky wilds are what really save the video slot in terms of chances of winning substantial amounts of cash. This is still a slot we would play again thanks to the exciting theme and the different free spins modes, even with them being hard to trigger.