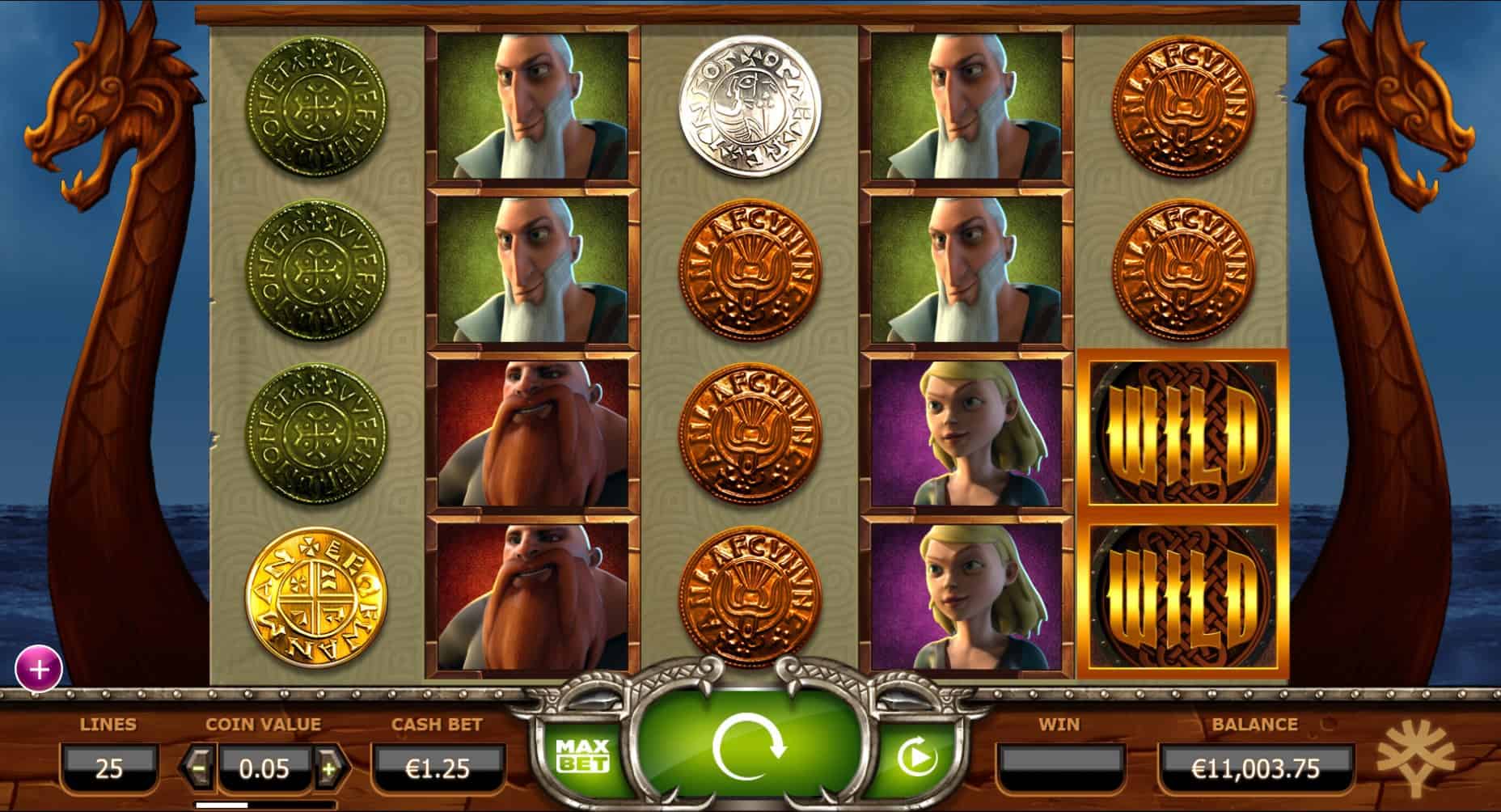 As the name suggests, the slot is about Norse raiders. The game’s background makes it look like the slot is sailing the sea on a Viking longboat. The symbols on the reels are all theme related:

In this slot game, there are two special features, both of which can award you a number of free spins. The first is a scatter triggered feature, and the second is a treasure chest that lands on reel five and activates the bonus game. 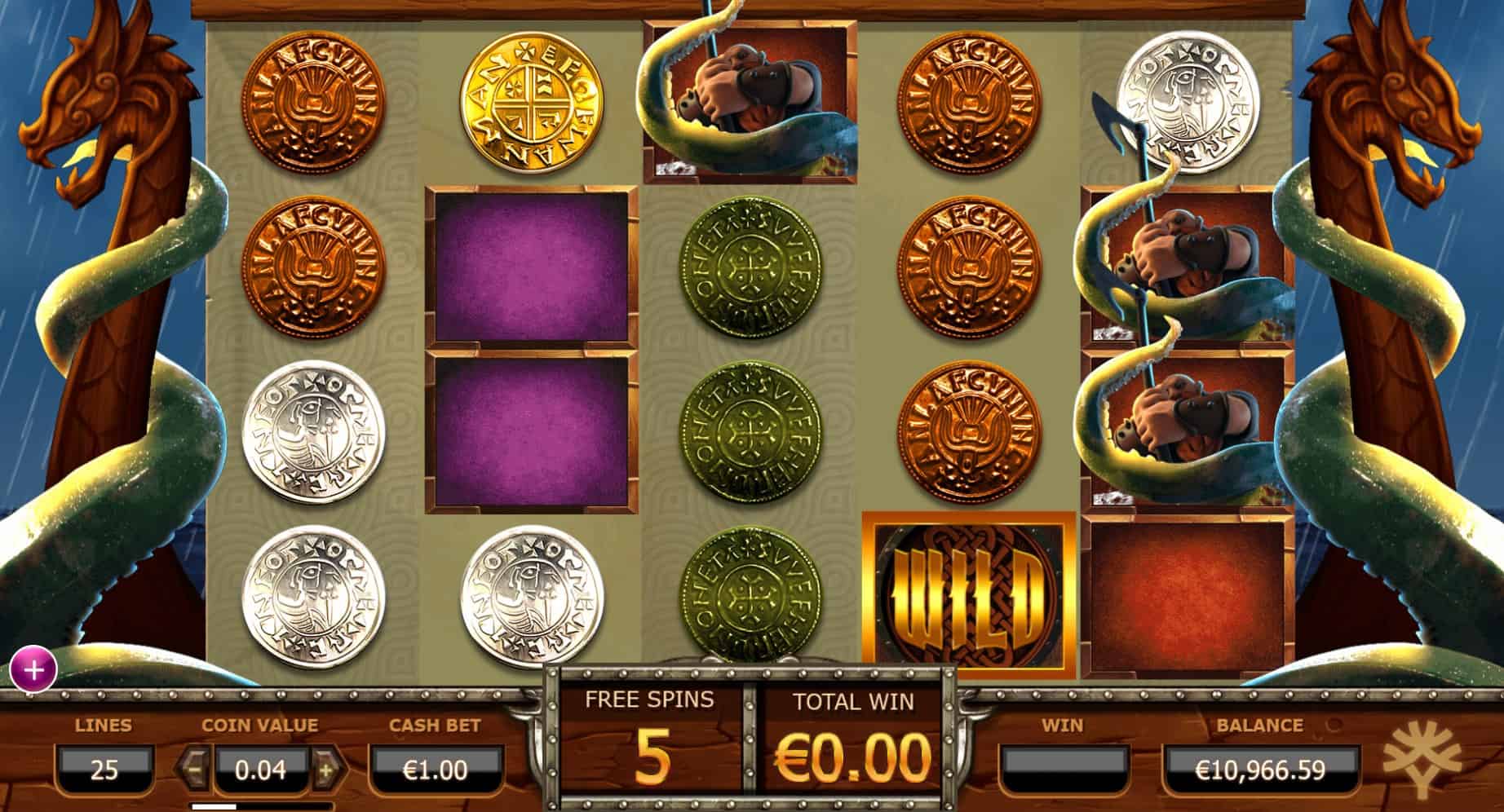 Vikings Go Wild has a free spin feature which is triggered by landing three or more free spin activating scatters anywhere in view. The number of free spins awarded depends on the number of scatters landed.

When the free spins are underway, each Viking character landing on the reels will be attacked by the Kraken. If the Viking manages to fight the sea monster off, then that character will become a sticky wild and will remain in place for the rest of the free spins. 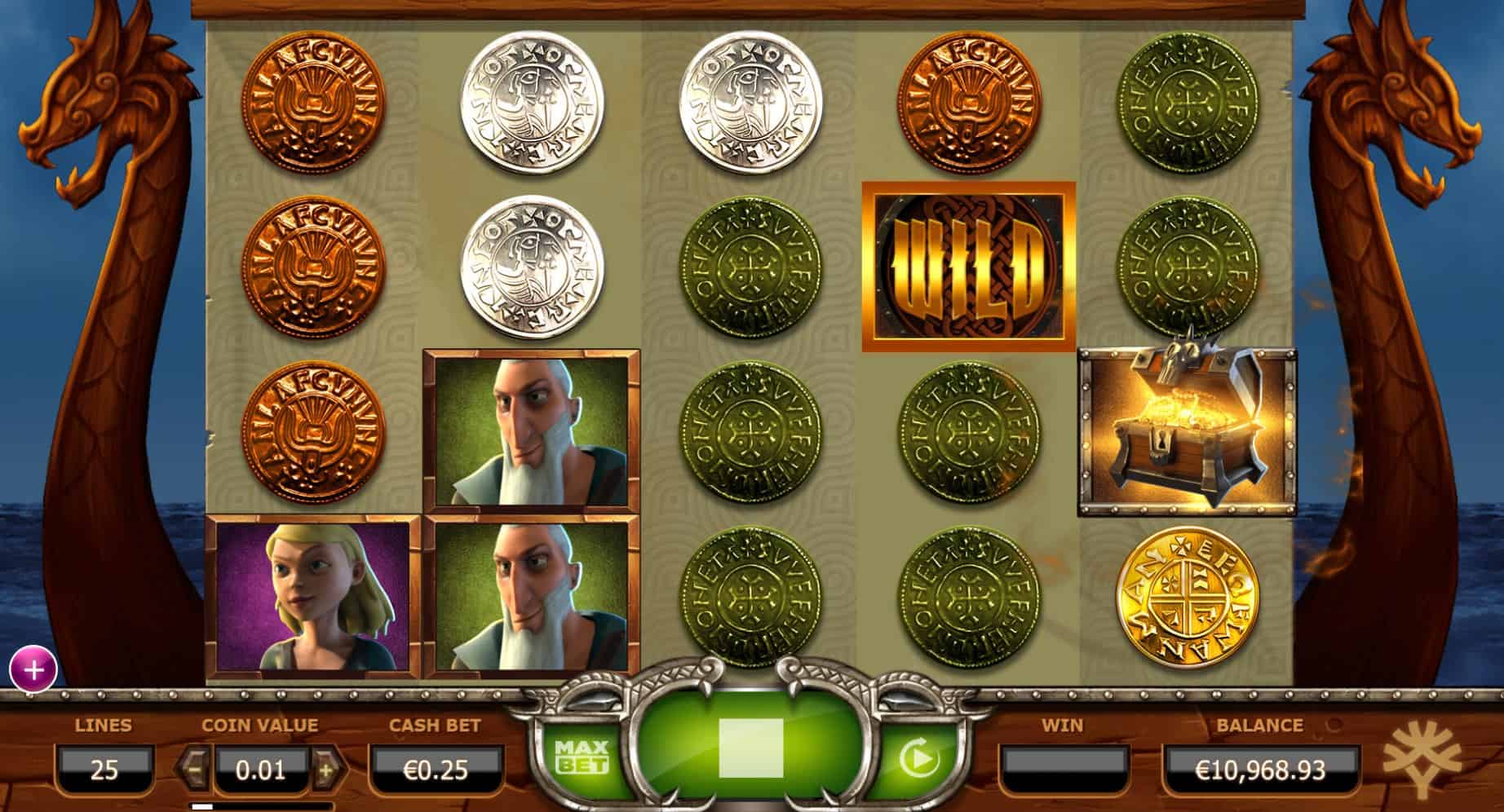 Vikings Go Wild has a treasure chest symbol which can appear randomly during both the base game and the free spins round. The treasure chest awards a certain prize but you can’t pick the prize yourself.

As the first in line in the ‘vikings go’ series, ‘Vikings go Wild’ left much to be desired, when compared to the others. The special features were all, more or less, free spins based. The characters of this slot game look more like normal human beings rather than angry fighting Vikings. All in all, we would recommend the other ‘Vikings go’ games rather than this one and with good reason. They are more entertaining in terms of special features, and in terms of appearance, the others just look better. What we enjoy with this video slot is the battles between the Kraken and the Vikings during free-spins. This feature can be seen in all Vikings go games.