The four Vikings are back for vengeance and just like always, they make up the higher paying symbols.

The music of the slot game reminds us of an epic song, kind of like the Game of Thrones soundtrack, but with some differences in tone and bass. In this Vikings game, you won’t see any boats in the background; what you will see are fiery rocks at the bottom. This is very fitting within the Hell theme of fire and lava.

Free Spins can be activated:

During the Free Spins round, all Viking symbols must fight a demon. If they win, they will turn into a sticky wild and remain on your reel for the rest of the free spins.

Each Viking that wins against the demon will have one point added to their rage meter. Every free spins feature has two levels. To go from level one to level two, one of the Vikings must defeat the demon a total of three rounds. Once this is done, the lord of chains is defeated, and the player moves on to level two. In level two, the player receives an additional seven spins. At the end of each level 2 spin, one Viking is chosen to fight Lucifer. If they succeed, they turn into a sticky wild. To defeat Lucifir, a Viking must defeat him at the end of at least three rounds. Once he is defeated, all Vikings turn into wilds for the remaining free spins, and a 3x multiplier is applied to the rest of the winnings as well. 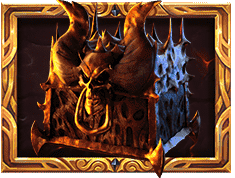 During both the base game and the free spins round, a treasure chest may land on reel 5 and give you a bonus game. You will not know what you will get, but it can be any of the following: 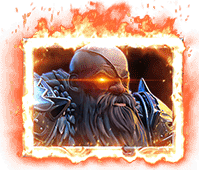 If a Viking gathers 100 rage points, you are awarded seven berzerk free spins. Whenever that Viking shows up on your reel, he will definitely win against the demon. If you manage to go to level two, berzerk mode will still be on during this round. During this round, if the berzerk Viking wins, no rage points will be added to their meter.

From all the ‘Vikings go’ games, this was definitely our favourite. Why? It has high variance, the special features are insane and it was the most entertaining one of three so far. We really like the potential of sticky symbols and re-spins in the base game. It was also the most adventurous out of all three. With a max bet, the wins are out of this world, especially during the free spins round.