Victorious MAX by NetEnt released on 03.09.2019 is a 5-reel & 3-row online slot with 243 ways to win and a 96.95% RTP and two different volatility versions. This is a roman-themed game offering players a max win of up to 7000x their stake. Victorious MAX can be played on all devices from €0,25 to €125 per spin and is considered a high volatility game. 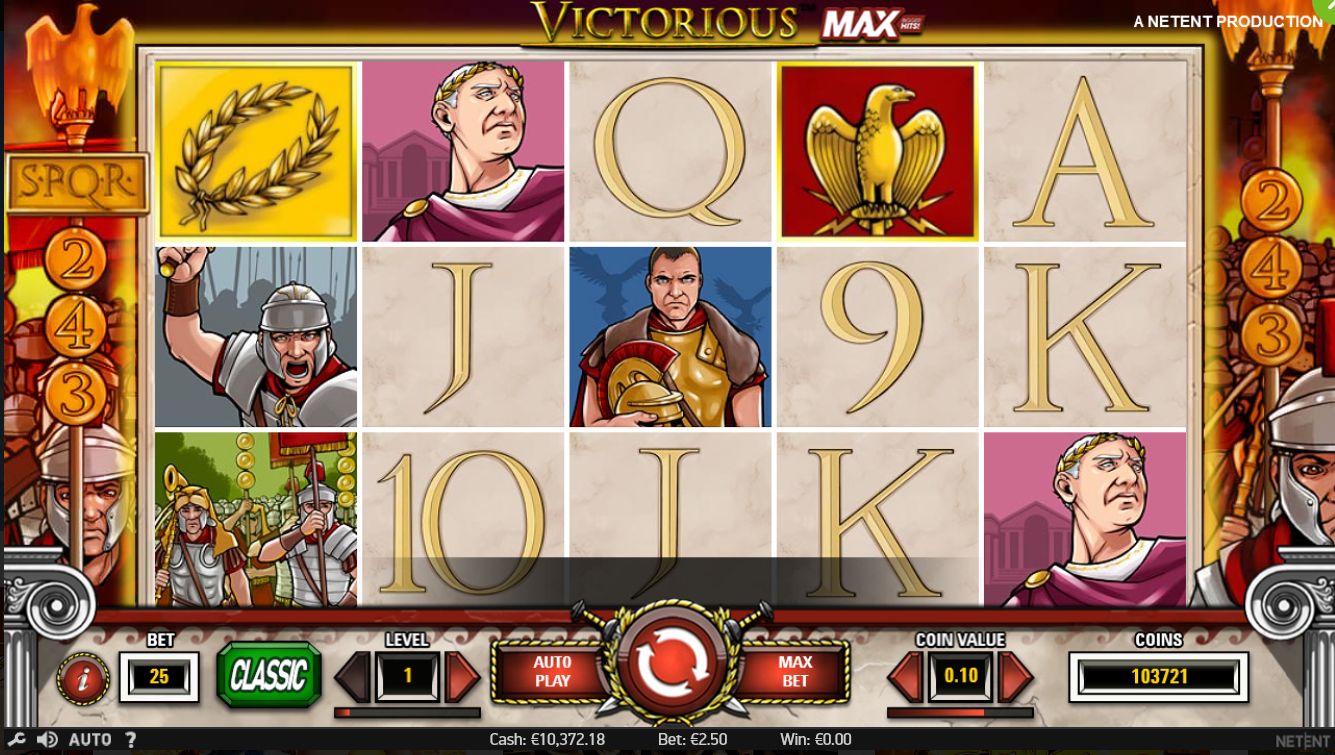 The design is practically identical to the original, with only one subtle difference; the hazy sky background colour has changed from shades of green to a collection of red, orange and yellow hues. This change is really only to distinguish between the two games rather than an upgrade of any sort. You can switch between the games from the control panel; if you’re playing MAX simply click the green ‘CLASSIC’ button to alter the game and volatility.

The gameboard is flanked either side by serious-looking cartoon armies marching onward holding aloft their Legion Standard. The board sits on top of a stone wall with columns either side. The board is framed by a thin white stone border, and the non-picture symbols sit on white marble reels. A sombre marching refrain accompanies the play.

Low-value symbols are represented by the standard playing card royals 9-A. The higher value symbols are represented by cartoon images of soldiers marching, a single soldier charging into battle, a Centurion holding his helmet by his side, and Emperor Caesar. Caesar is the highest paying symbol, awarding 200x the bet size for 5 on a pay line. This is another change from the original game where five Emperors only paid 60x the bet size. Similarly, other symbols also pay more than their original game counterparts. The wild, which only appears on reels 2 and 4, takes the form of a Golden Eagle and the scatter is a golden laurel wreath. The game’s only feature is a free spins round with a 6x win multiplier. Landing 3, 4, or 5 scatter symbols awards 15, 20, or 25 free spins. Retriggers are also available for all free spins which can lead to some very nice wins indeed. Strangely, the rules of the game state that the 6x multiplier does not apply to any additional free spins, although this didn’t appear to be the case throughout my review session.

Our Thoughts on Victorious MAX 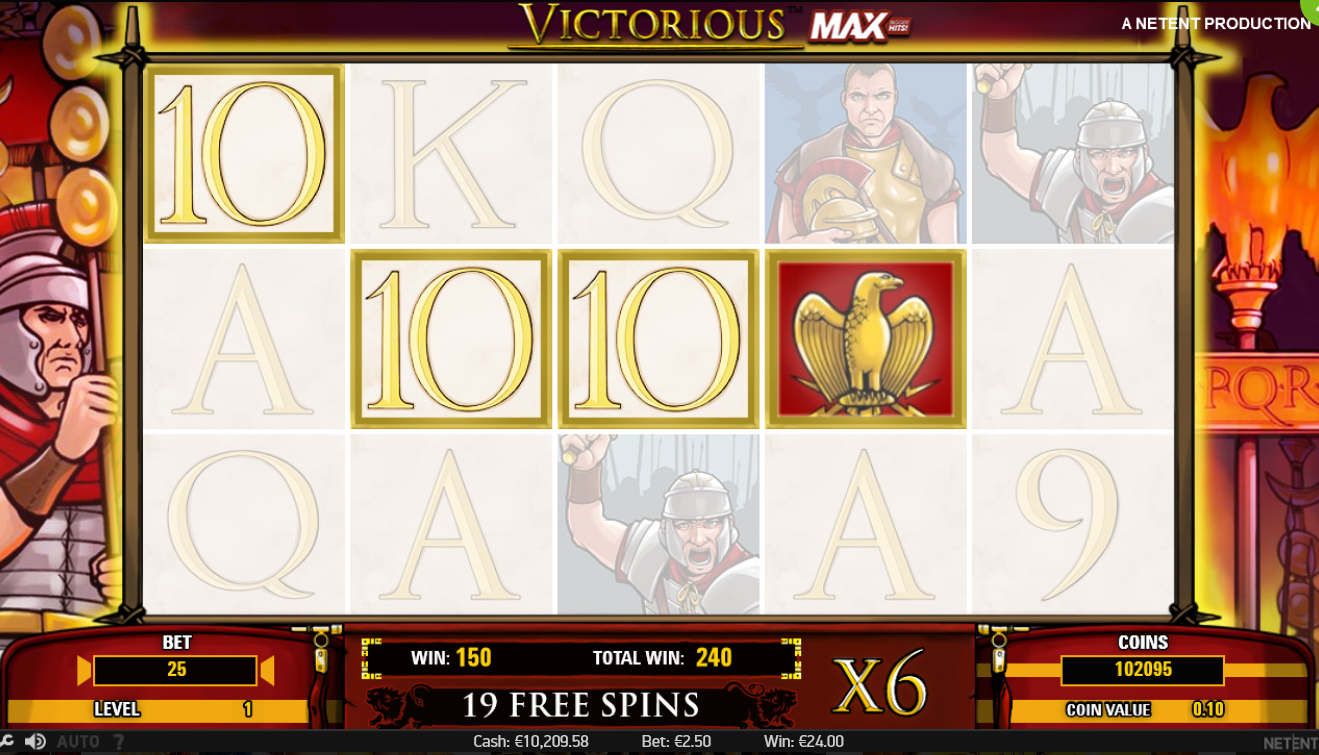 Victorious MAX is a simple game with a simple design as you might expect from an 8-year-old slot. However, its simplicity is also its charm, and quite often a high variance player isn’t looking for flashy gimmicks. No, what they want is to unlock potential. Victorious MAX offers those players the chance to win big and wins simple. This is never going to win a slot of the month, but it is a smart move from NetEnt to bring the simple elegance of Victorious to a wider market and make it more palatable for the high variance nuts.