The visuals on display here are outstanding. The scene shows a sparsely populated village on a dusky, foggy, winter’s evening. A bleak and desolate village is empty but for a smattering of superbly detailed, dimly lit houses and a few trees, bereft of leaves, branches swaying in the wind. The inhospitable moorlands are visible in the distance, partially illuminated by the large, orange, full moon. The gameplay is accompanied by a sinister soundtrack punctuated with plenty of eerie horns, percussion, and wolf howls of varying intensity.

Low-value symbols are represented by the standard J-A royals. High-value symbols include a nurse, a gravedigger, a fortune teller, and a wounded soldier. The soldier is the most valuable, with 5 on a paying line worth 50x the bet size. Standard wild is a man becoming a werewolf which also pays 50x the bet size for 5 across a pay line. The scatter is an orange, glowing full moon. There is also a bonus symbol of a man carrying a crossbow which triggers the base game feature. 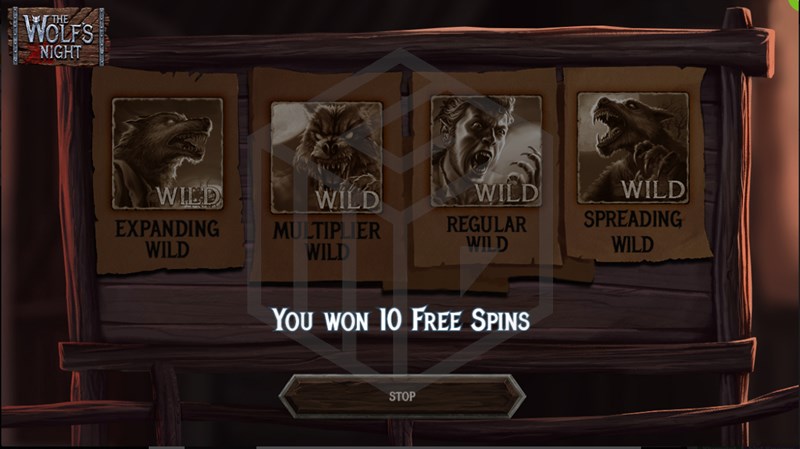 The base game offers a ‘Pick & Click’ instant cash feature. The bonus round is a scatter triggered free spins round with a selection of reel modifiers. 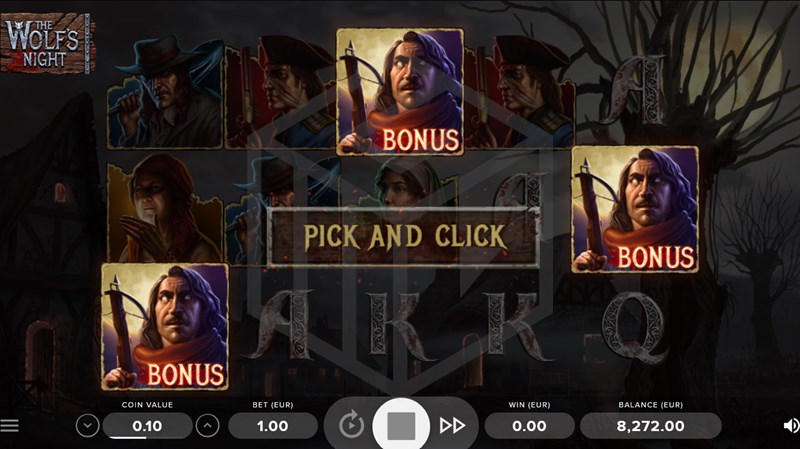 The Pick & Click Feature is triggered by landing bonus symbols on reels 1, 3, and 5. You must then pick one of the three bonus symbols to reveal a random prize of between 5x and 50x your bet size. 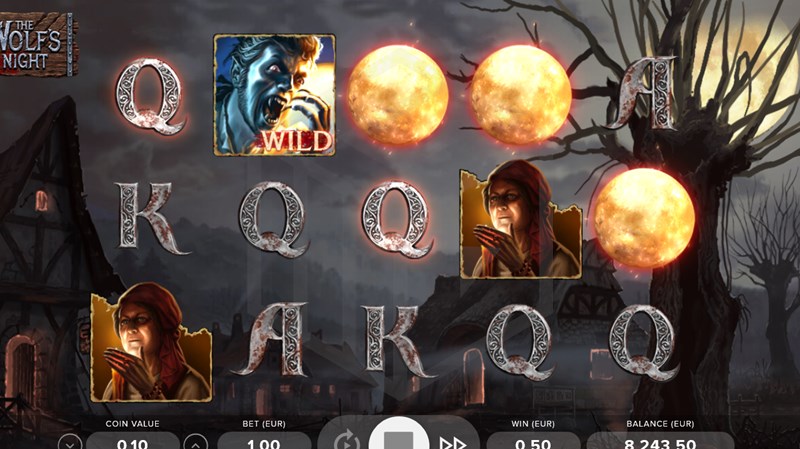 3, 4, or 5 scatter symbols award 10, 20 or 30 free spins. Before free spins begin a wild modifier is randomly assigned to appear on every spin during the bonus round.  Also, an ‘Overlay Wild’ (an extra wild) is added between reels 1-3 after every spin. The Overlay Wild acts as the randomly chosen wild modifier. The four modifiers are as follows:

Our Thoughts on The Wolf’s Night 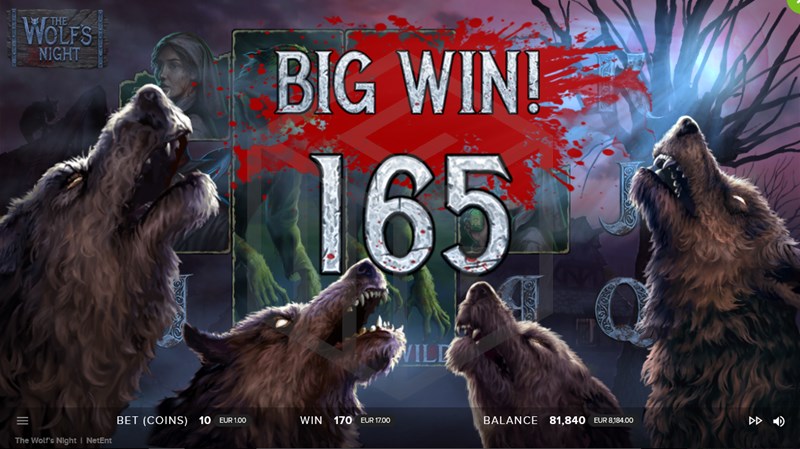 The Wolf’s Night is a decent addition to NetEnt’s canon of video slots. It looks great, plays well, and is a fairly entertaining way to spin the reels. The features are simple to grasp and fun to play.

In terms of innovation, it’s not going to win any awards – not least because it’s essentially a clone of NetEnt’s own Wild Wild West. Also, with a 500x maximum win, it’s unlikely to attract any serious slot players for any length of time.

Of course, NetEnt could (and often do) do better than The Wolf’s Night, but despite its obvious limitations, I enjoyed playing it and have no problem with recommending it as worth a punt.