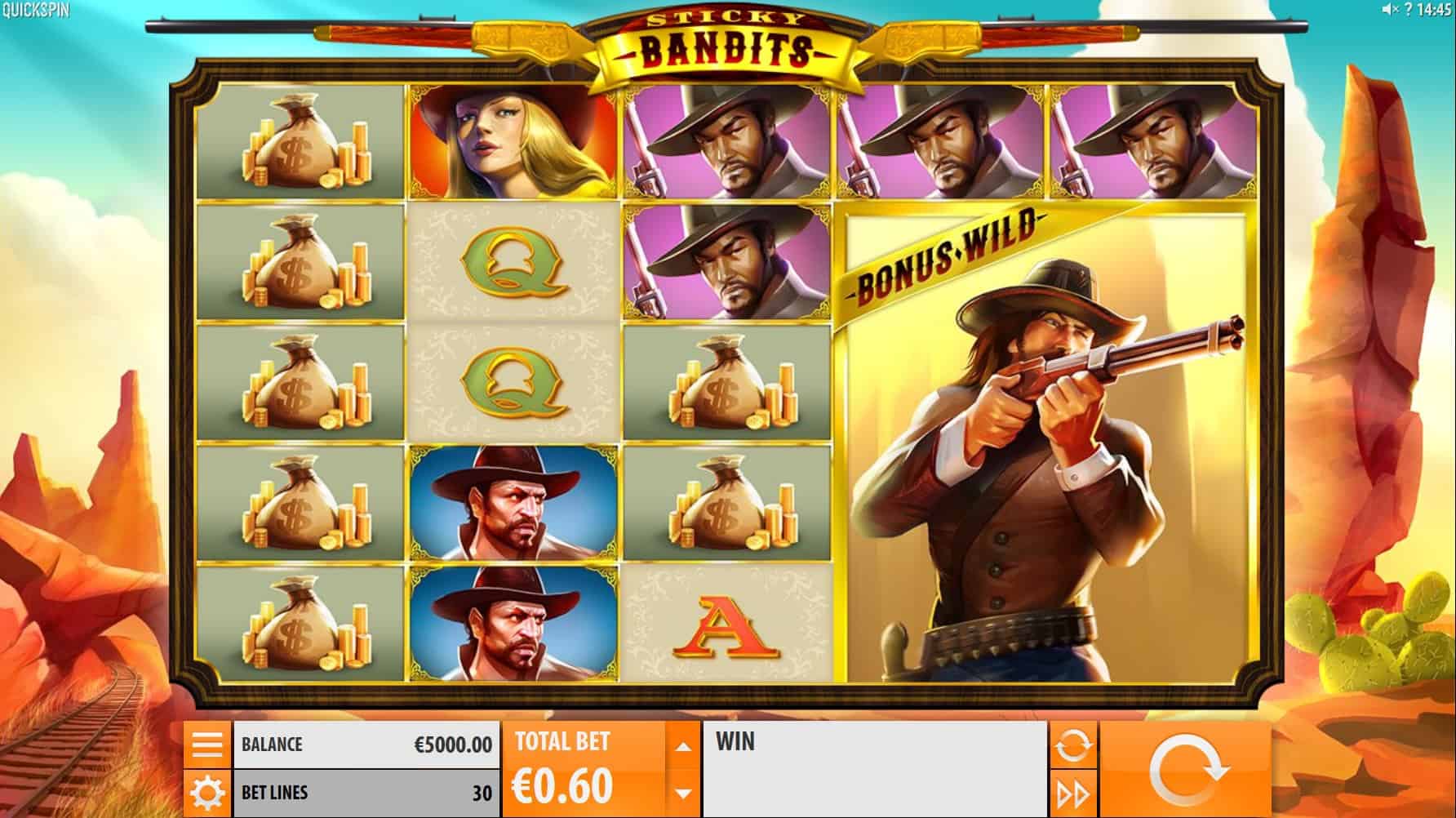 The high-value symbols on the reels all relate to the slot’s theme. These symbols feature a number of characters, which are bandits attempting a train heist. Of the three characters, the girl bandit is the highest paying symbol. The sackful of coins and sticks of dynamite make up the next higher paying symbols. J-A make up the low-value symbols. All symbols can appear stacked on the reels. The scatter symbols is an old locomotive and only lands on reel one. The 2x5 bonus wilds land on reels 2-3 and 4-5 fully or partially. If you are lucky enough to have both wilds show up on your reel in full at the same time, you can potentially win some big cash. Take your typical wild west movie soundtrack; that tune is exactly what you would expect from a slot game with this particular theme. Given the idea behind this online slot, the background music of Sticky Bandits perfectly fits with the rest of the game.

The special features in Sticky Bandits include two massive wilds that may take up four out of five reels at one go and a round of seven free spins. 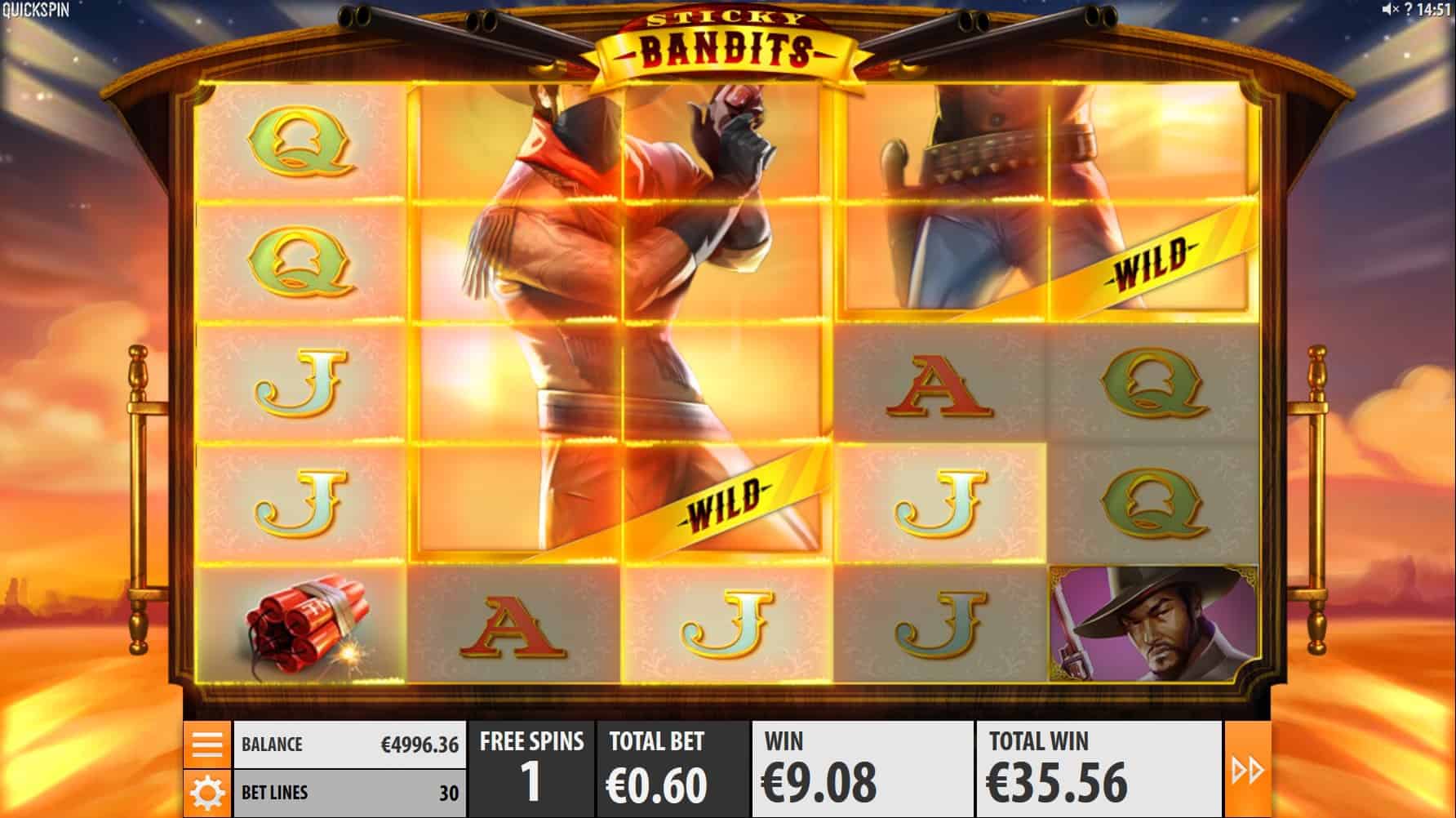 The slot game has two wild symbols. Each wild features a heist villain comes two reels wide and can take over two whole reels. One wild can cover reels two and three, while the other wild can cover reels four and five. Furthermore, both wilds work as scatters, and wilds substitute for all other symbols during the base game. 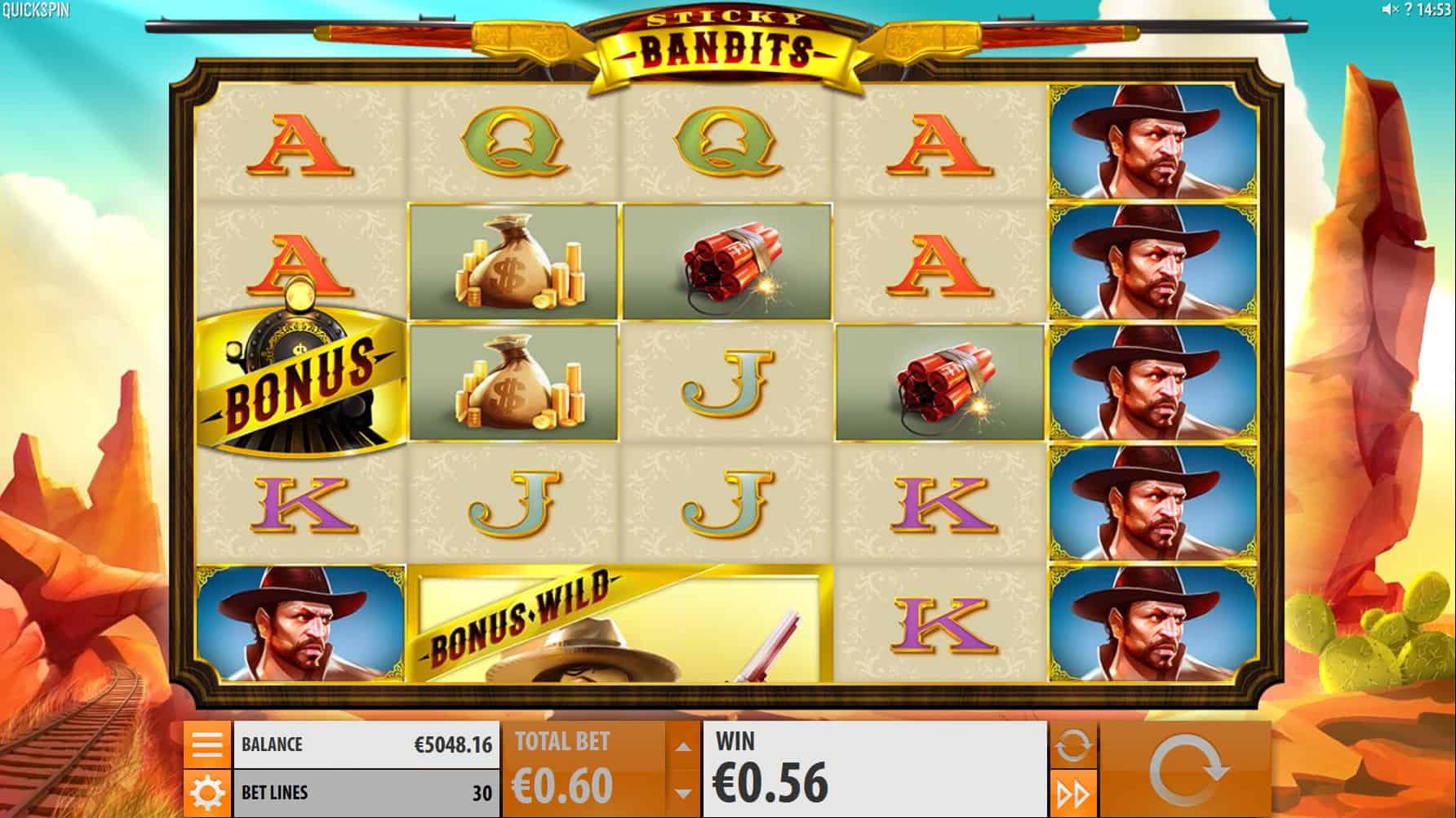 Although this was a high volatility slot game by Quickspin standards, it is considered a medium volatility game by other measured scales, just like Sakura Fortune. Having said that, the potential to win a decent amount of cash is there if you manage to land two full wilds on your reel at the same time. For once, we have something positive to say about the background music of Sticky Bandits. Given that it is perfectly fitting within the theme.