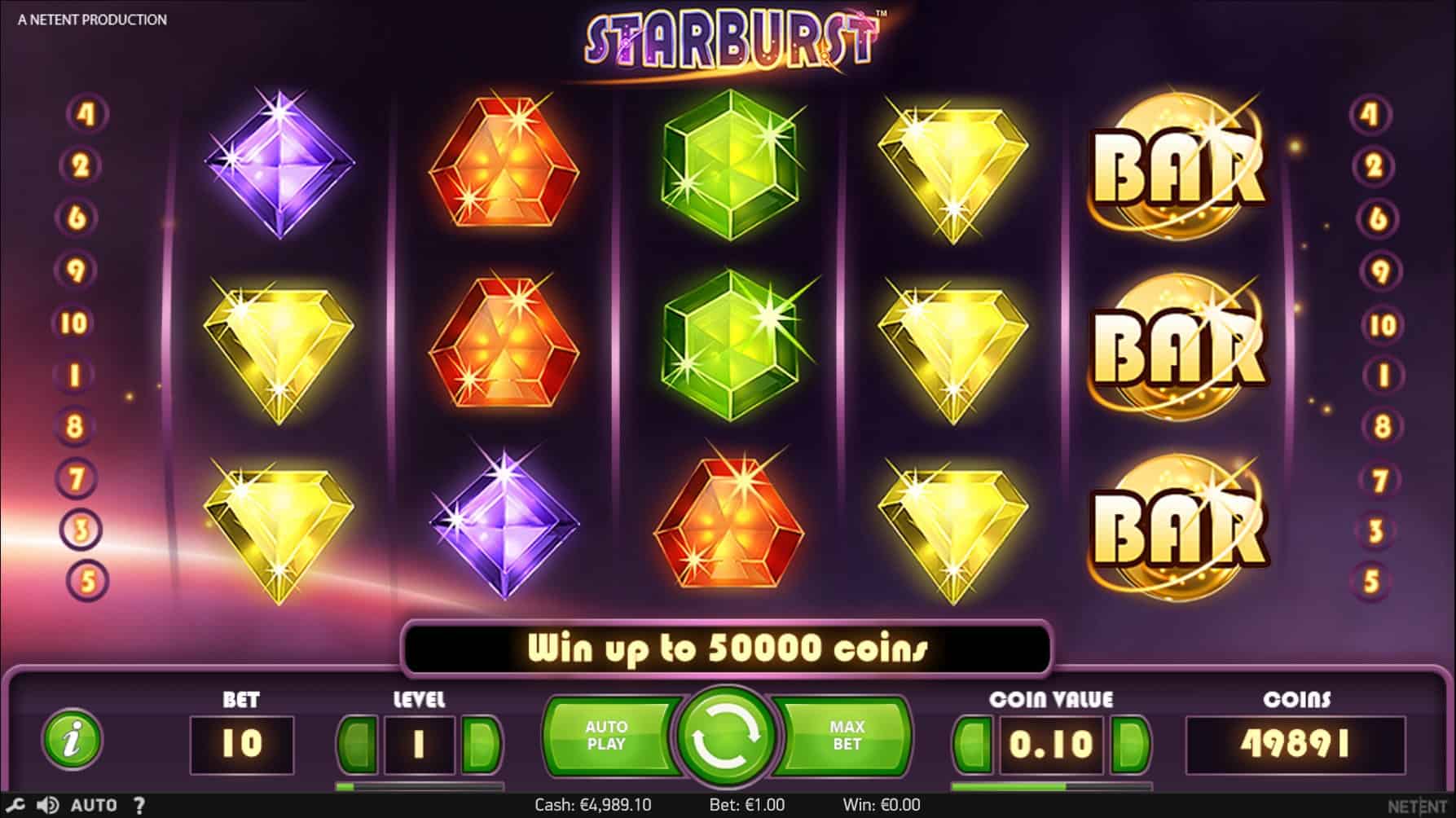 Try to match as many blue, green, purple, yellow and red symbols of the same colour as possible. The starburst symbol is the most important one of all as it holds the key to winning a decent amount of money. “Bigger” wins can be rewarded when players achieve an intense star formation across five reels. The highest paying symbol is the bar with a win from anything between 50x to 500x and the lowest paying symbols are the purple and blue diamonds with a win from 5x to 50x.

The lack of special features in this game is a bit of a disappointment, we have to admit, but the amount of free spins given as a new depositing customer is what will make a slight difference in your game-play here. 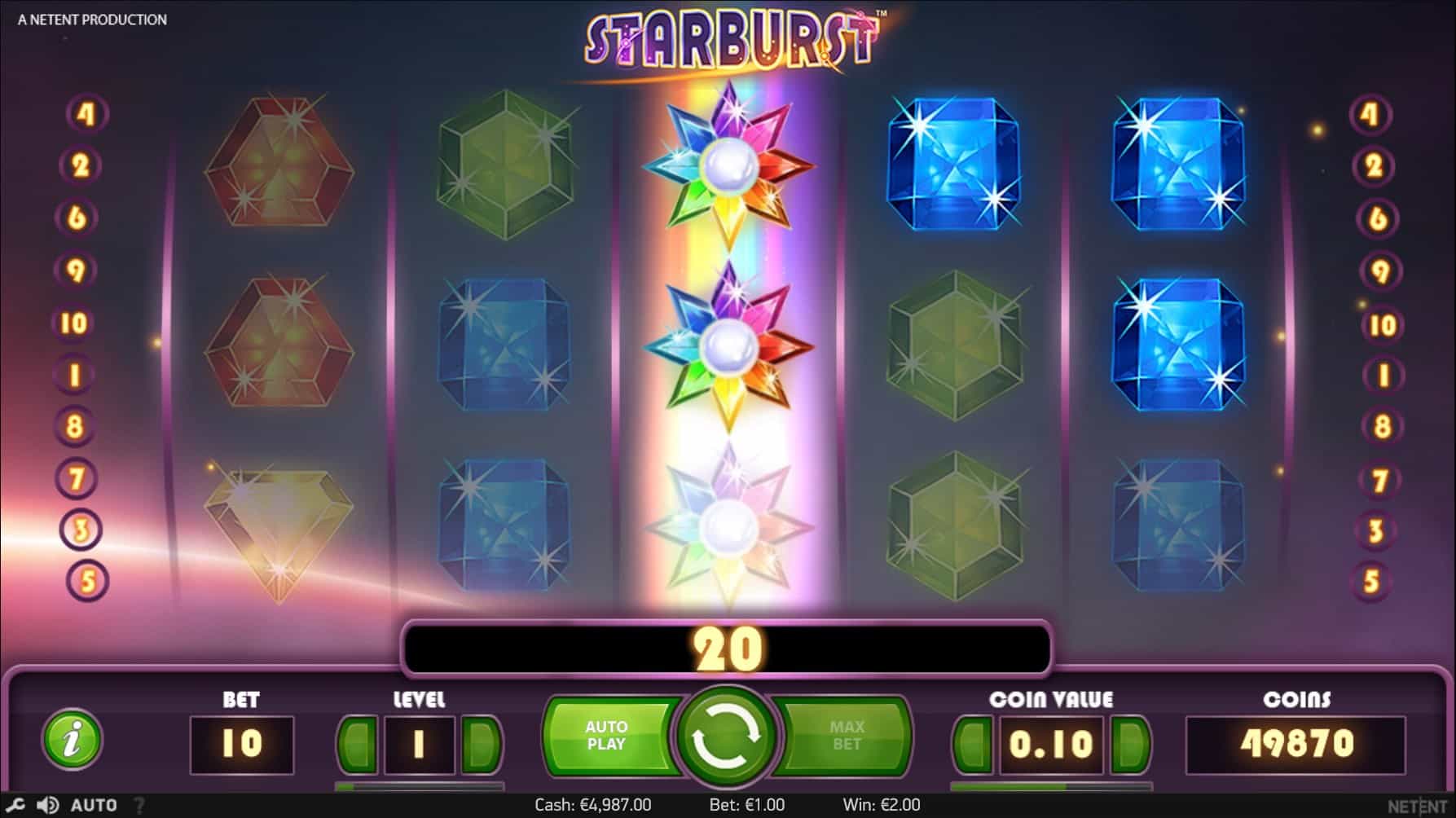 When the starburst symbol lands on your reel, you are awarded a re-spin with the multi-coloured gem still in place, giving you a win from both sides of the reel. In Starburst, there are no free spins or scatters. Land this colourful symbol anywhere on your reel and you will be given a wild win as it expands to cover the rest of the reel. Since wins in this game are both from right to left and left to right, this symbol will help you win better. Given the volatility of this game, you can rest assured that the wild star symbols and regularly triggered re-spins will award you frequent wins in the absence of scatter symbols.

You will probably find this game on any online casino you register to, because it is so simple to play that anyone can wrap their head around it. Starburst is not a slot you would see our streamers play - go ahead! Try to ask them! Or even better, try to find videos of them playing this game on our youtube channel. Since this slot game is aimed at beginners, it can turn into a tedious affair for those of us who have spent a good while playing video slots. There isn’t much going on in this game; no particular theme except for playing until you win, or you’re done playing. If you have some welcome package free spins and you have no other choice than to play them on Starburst, then this is the perfect slot game to spend some free spins on.