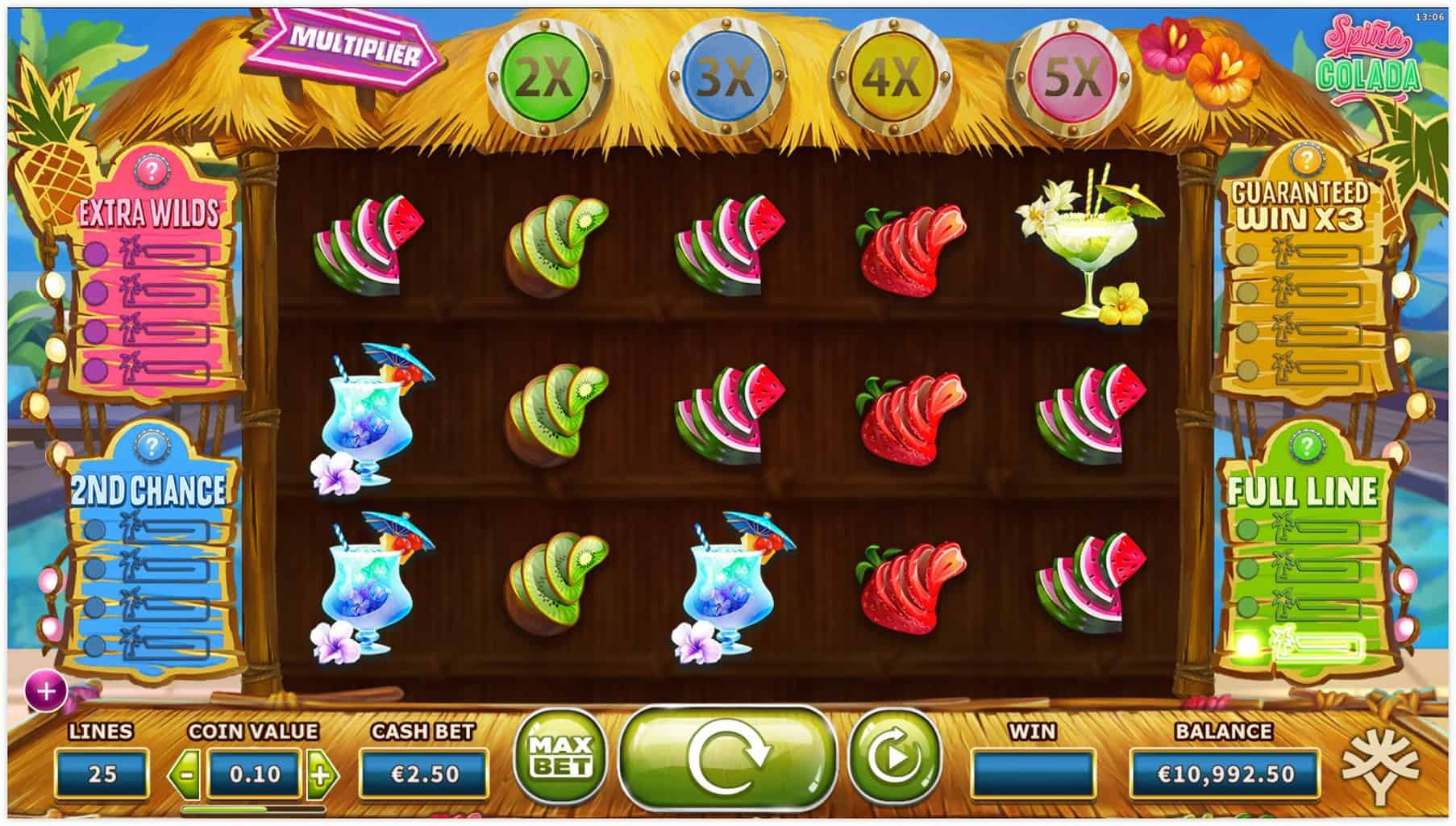 Both the design and symbols of Spina Colada stay true to the game’s name. The background of the game will make you feel as if you’re walking right up to a beach bar to buy your favourite cocktail. As for the symbols, the highest paying are cocktails, and the lowest paying are chopped fruit that you add to your cocktail. The wild symbol, a symbol with the words Spina Colada merged on it, will substitute any symbol. The music of the game is much like a soundtrack of some tropical movie, a bit annoying, yet perfectly fitting to this slot game.

We find a few nice features both during the base game and bonus rounds that pop-up frequently enough to keep your balance somewhat intact. During the base game of Spina Colada, there are four randomly triggered bottle caps called Feature Caps. These also activate the free spins in Spina Colada whenever you collect four of a kind in one of the wooden plates next to the reels.

The game kept us entertained with all the special features in the base game, so overall we did like it. The random triggers are a bit hard to get a hold of. We managed to spin our way to three free spin rounds, but never got ahold of the Guaranteed Win x3. Make sure to record your random triggers and share it on our forum should you stumble over it!

See all
Gambling Stuff
The reason behind this, is that there are no winning addicts....
2 minutes agoSee more >
4510X on rocket reels
What a result!!! Is there such a thing? Usually they say that beginners get luck...
1 hour agoSee more >
What are the odds for winnings 5000x + in slots?
On this subject I found an interesting article today https://www.americanfoot...
1 hour agoSee more >
Gigantoonz 1100x
Just tried out the new gigantoonz game and got a really nice first 'bonus' 😁✌️...
2 hours agoSee more >