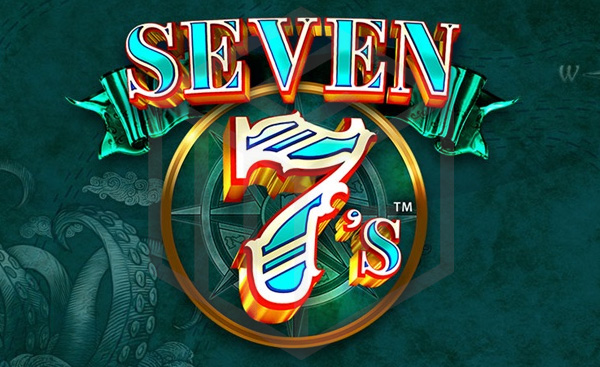 Seven 7’s has a unique layout for a high variance game so it was interesting to see what special features comes hand-in-hand with the slot game.

By landing the number 7 symbol on the payline adds an additional spinning reel to the game.

Any additional rotating reels which land a 7 or 2x symbol along the payline will result in more reels being added, up to a maximum of 7 reels in total.

At any time one of the above symbols does not land along the payline, the reels will reset themselves back to 1 reel again.

If you happen to land 2 or more matching symbols along the payline, this will make up a winning combination.

The winning combination payout is determined by the highest win. All wins along the payline are multiplied by the bet multiplier for the winning game.

As previously mentioned, Seven 7’s has a unique interface compared to most slots. With just 1 reel, 1 row and 1 payline, this high variance slot game keeps you on your toes.

The reels have the ability to expand up to 7 reels long, which increases your chance to land a big win or even snatch up the Jackpot.

The layout of the reels looks similar to what you would expect to see in a land-based casino slot game, however, only the middle reel is activated, to begin with.

The reels are bordered by some fancy swirly pattern which subtly changes colours.

Unlike most slot games, Seven 7’s, also only has three main symbols which consist of - 7, 2x and Bar.

The 7 symbol is the highest paying and is your ticket to the Jackpot if you manage to land 7, 7’s in a row.

The next paying symbol is a 2x Wild Multiplier. This symbol has the ability to substitute for all other paying symbols. For every payline that consists of 6 or fewer symbols with a Wild Multiplier present means that any winnings generated will be multiplied by 2.

Overall, I like the idea of Seven 7’s. Although it is not my cup of tea, I see the potential and how it would appeal to other players.

I think this slot would be more of interested to players who are used to playing in pubs and land-based casinos.

Considering the theme of the slot game, I think they could have designed it to look a bit more luxurious to what it is as I feel it is a little overpowering with all the swirls around the reels.

Asides from the visual aspect of the slot, with a jackpot waiting to be snatched up, the slot has great potential to keep you spinning those reels.

Fancy trying out something from your usual slot preference?