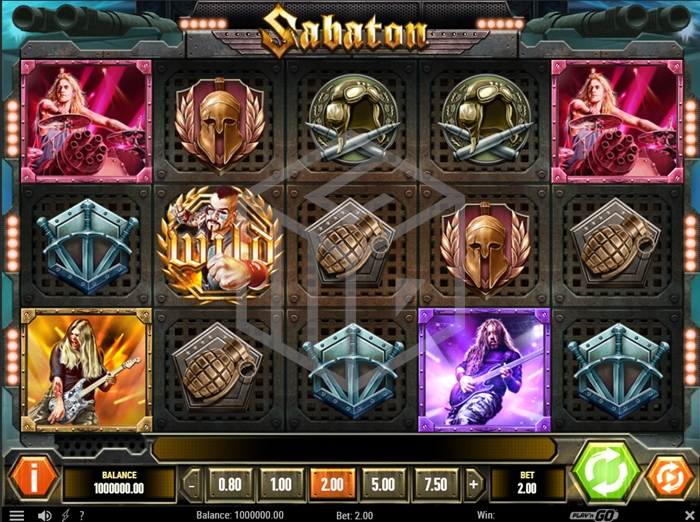 Sabaton isn’t the first slot built around a famous rock band/star of course; NetEnt went to town on them in 2016 with Guns ‘n Roses, Jimi Hendrix, and Motorhead – and more recently Big Time Gaming rolled out the magnificent The Final Countdown. So when it comes to design, we had a reasonable idea of what to expect; lighting rigs, rock ‘n roll soundtrack, dry ice and animated rock stars. Sabaton features all of the above and more – it’s the rock group slot turned up to 11.

The gameboard appears as a giant speaker, behind which you’ll see a terrifyingly large military tank with gun turrets and cannons aimed directly towards the audience. In front of the game board both to the left and the right some heavy duty machine guns also looked poised for action. Apparently the tank set-up actually features as part of the group’s onstage gigs. Sabaton are keen on the combat theme, with their lyrics largely based on war, historical battles, and acts of heroism. In fact a sabaton was the name given to a part of a knight’s body armour that covers the foot. During gameplay the tanks guns are animated and regularly fire out into the crowd. Behind all of this chaos you can make out the flashing lights above what is presumably the stage. Throughout the game a series of the band’s greatest hits ring out.

The war theme continues when it comes to the symbols. The low value symbols are grenades, swords, a flying helmet, and a gladiator’s helmet. The band members make up the high value symbols. The bassist, Pär Sundström is the highest paying regular symbol with 5 on a payline awarding 10x the stake. However, the biggest paying symbol of all is the wild, which features lead singer Joakim Broden who pays 100x the stake for 5 on a payline. The scatter is the ‘S’ from the band’s logo.

There are plenty of features on offer here. In the base game there are several randomly occurring features including Chained Reels, Last Stand, Metal Stacks and Mystery Symbol, and Mega Symbols. Scatter symbols trigger the bonus round, a free spins feature known as ‘Battalion Spins’. 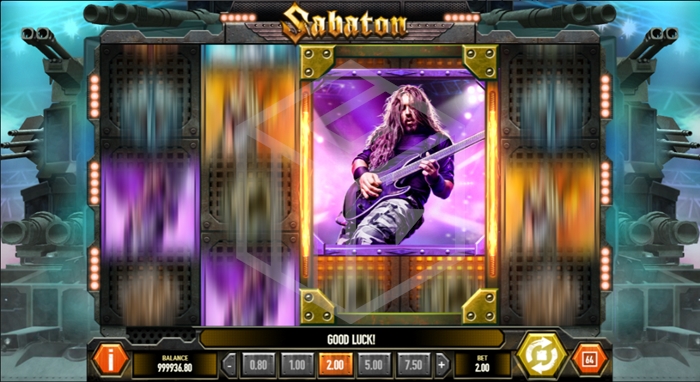 Two or three adjacent reels are chosen at random to become randomly linked and will synchronise to show the same symbols. This feature is only active during the base game 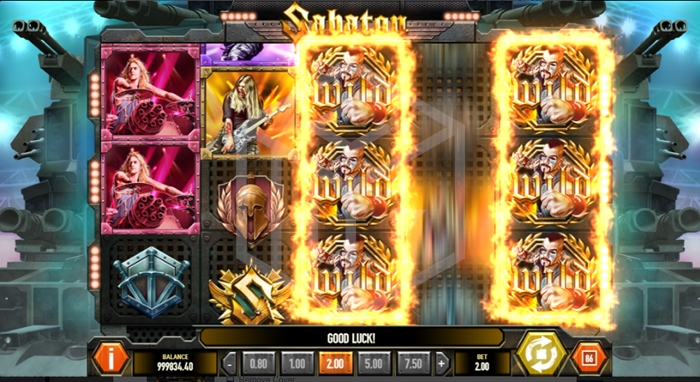 Named after one of the band’s biggest hit singles (and albums), Last Stand is once again triggered randomly. One or two reels are chosen at random to be fully populated with wild symbols. This feature occurs in both the base and bonus games.

On each spin one symbol is randomly chosen to be stacked on the reels. If between 3-8 scatter symbols land (not quite enough to trigger free spins) then they become ‘Mystery Symbols’ which will then all transform into whatever symbol has been chosen as the ‘Metal Stack’ for that spin.

All band member symbols may appear on the reels as Mega Symbols occupying anywhere up to 9 symbol spaces. 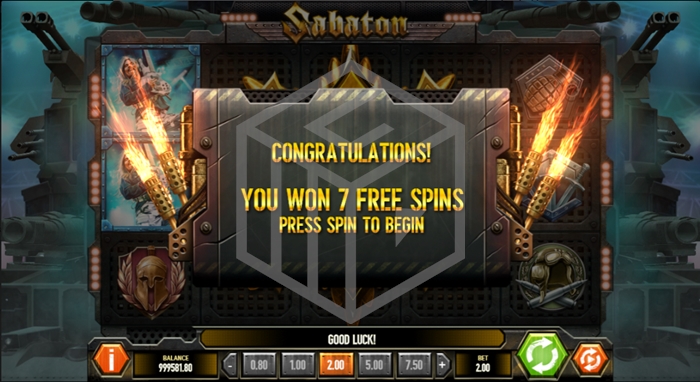 Our Thoughts on Sabaton 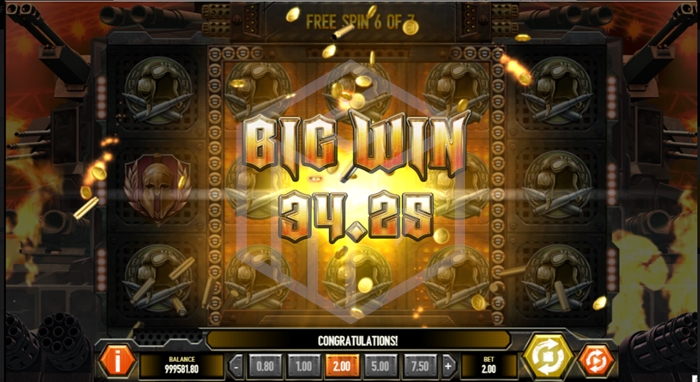 Play ‘n GO have come up with a power metal slot with some real power in Sabaton! Everything about it is crazy, volatile, and exciting. The design is really in your face with some bold and bright artwork, explosive animations, and a cracking soundtrack. There are also plenty of features to keep the player entertained. The free spin round has some real potential if you can hit one or two retriggers.

For their first branded slot Play ‘n GO have really pulled out all the stops and delivered something which I’m sure the band themselves will heartily approve of. Top marks.