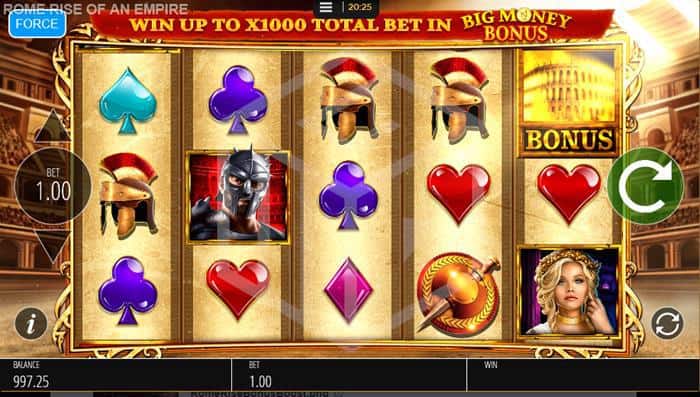 Blueprint designs generally tend to be among the better in the online slot world, and Rome: Rise of an Empire certainly bears witness to that.

Although the Roman Empire is a well-worn theme and the background of the coliseum and symbols including gladiators, shields and swords are pretty standard for this type of slot, it’s the animations and artwork both in the base game and in the many bonus games which set Rome Rise of an Empire slot apart from the crowd.

With regards the symbols, the low values are taken by the card suits; spades, clubs, diamonds, and hearts while the higher value symbols are shields & swords, a centurion helmet, a gladiator, an empress, and the game’s logo which is the highest paying symbol with 25x the stake awarded for 5 on a pay line.

The SPQR emblem (meaning: The Roman Senate and People) is the wild which pays the same as the logo, and the coliseum is the bonus or scatter symbol.

Once again Blueprint has come up trumps with the choice and sheer range of features on offer within Rome: Rise of an Empire. Similar to their movie-themed slots (TED, The Goonies, Mars Attacks!) there are several randomly triggered base game modifiers as well as scatter bonus games. 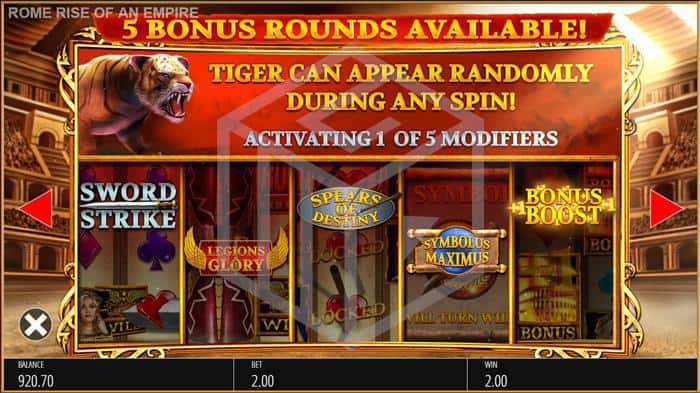 There are 5 modifiers in Rome: Rise of an Empire, all of which are triggered randomly by the appearance of a beautifully animated Tiger who appears from the left of the screen to award one of the following modifiers: 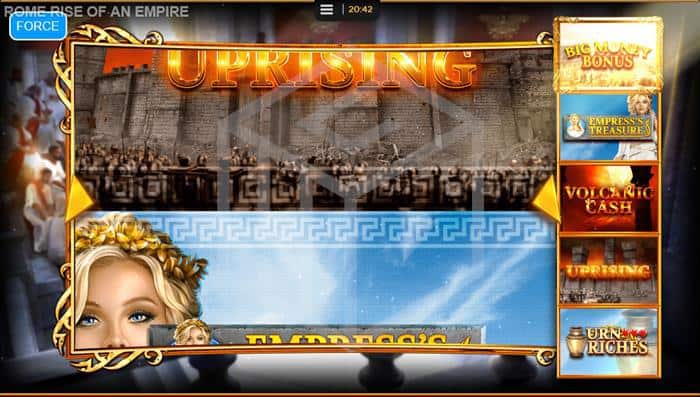 Triggered by landing 3 or more scatters there are 5 possible features. A big screen in the centre of the game board shows the features rotating before landing on one (much like the TV screen operated by TED in the movie inspired Blueprint slot). In order of value they are: 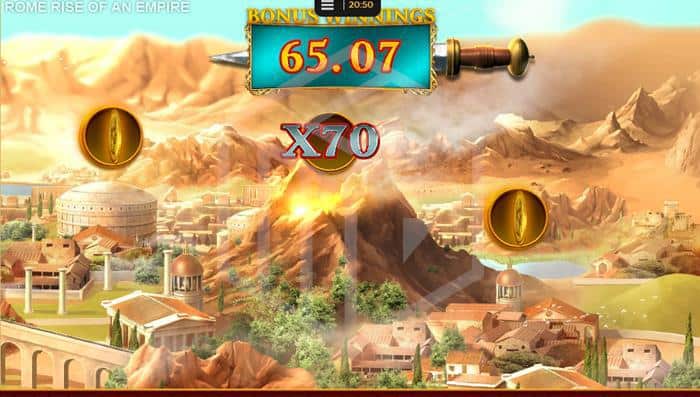 Our Thoughts on the Rome Rise of an Empire Slot

Blueprint has knocked it out of the park once again with Rome: Rise of an Empire. Although very similar in format to a fair few of their other slots, the features are unique, interesting, and a lot of fun.

Perhaps it won’t appeal to a hardcore high variance player, although as medium variance slots go we managed to find great potential in it. It also looks good and the bonus features were spot on with great visuals and exciting gameplay.

If you love a lot of features and a well-designed slot then Rome: Rise of an Empire can’t fail to tick the boxes.