Rocket Reels is the latest addition to the well-known Pocketz Series, a collection of mobile-focused slots created by Hacksaw Gaming. The games found in this collection are both simple, entertaining and offer some nice winning possibilities. This time you will be travelling to outer space where you will be on the lookout for any valuable items. The thought behind Rocket Reels happens to be to avoid any unnecessary effects and sticking to the basics, letting the simple details be in the focus for a change.

Even though the slots found in the Pocketz Series are meant to be as simple as can be, with no extra frills, you will see that there are still a couple of special features in place here. The special features include wild symbols, cascades, Multiplier Rockets, a Free Spins feature and finally the Feature Buy for those who don't mind paying a little extra in order to take a shortcut.

How to win big in Rocket Reels – Free Spins feature 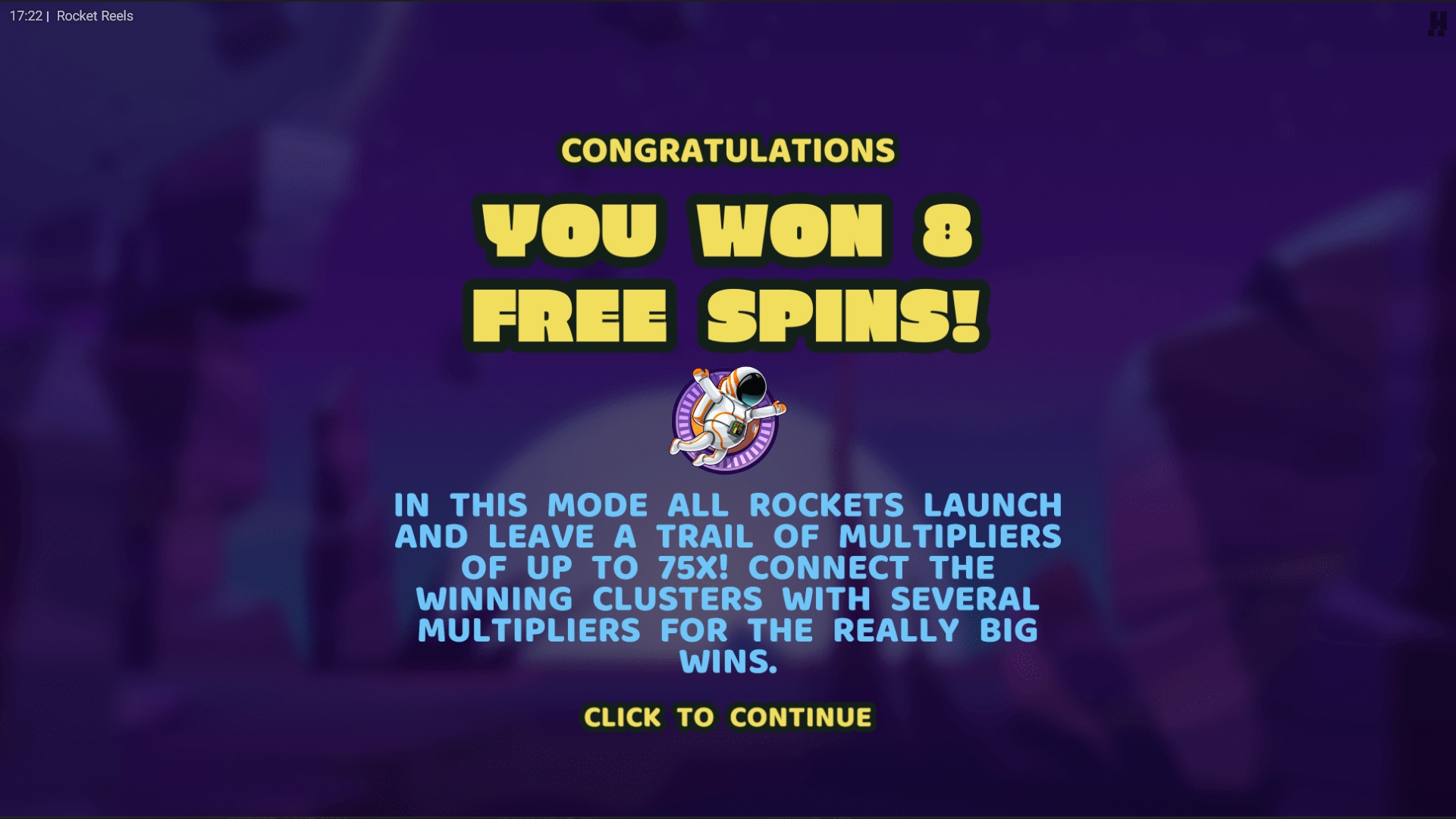 The trick to landing the bigger wins of the game is through a combination of the Free Spins feature and the multipliers. Start off by triggering the Free Spins feature by landing 3 scatters during a spin. The multipliers then come into play thanks to the rocket symbols. All rockets landing during the free spins round will launch no matter how many of them you manage to land at a time, unlike during the main game. 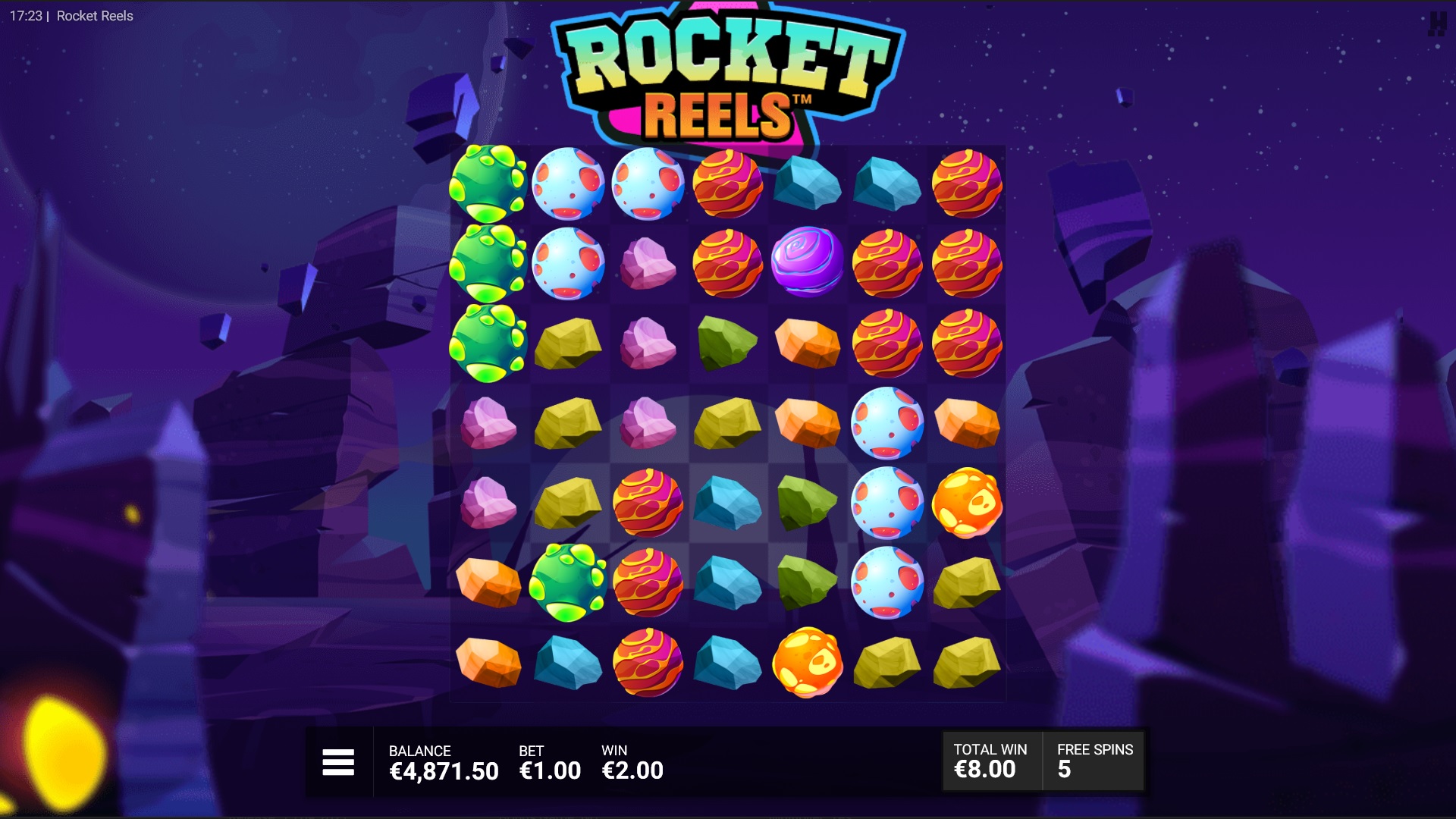 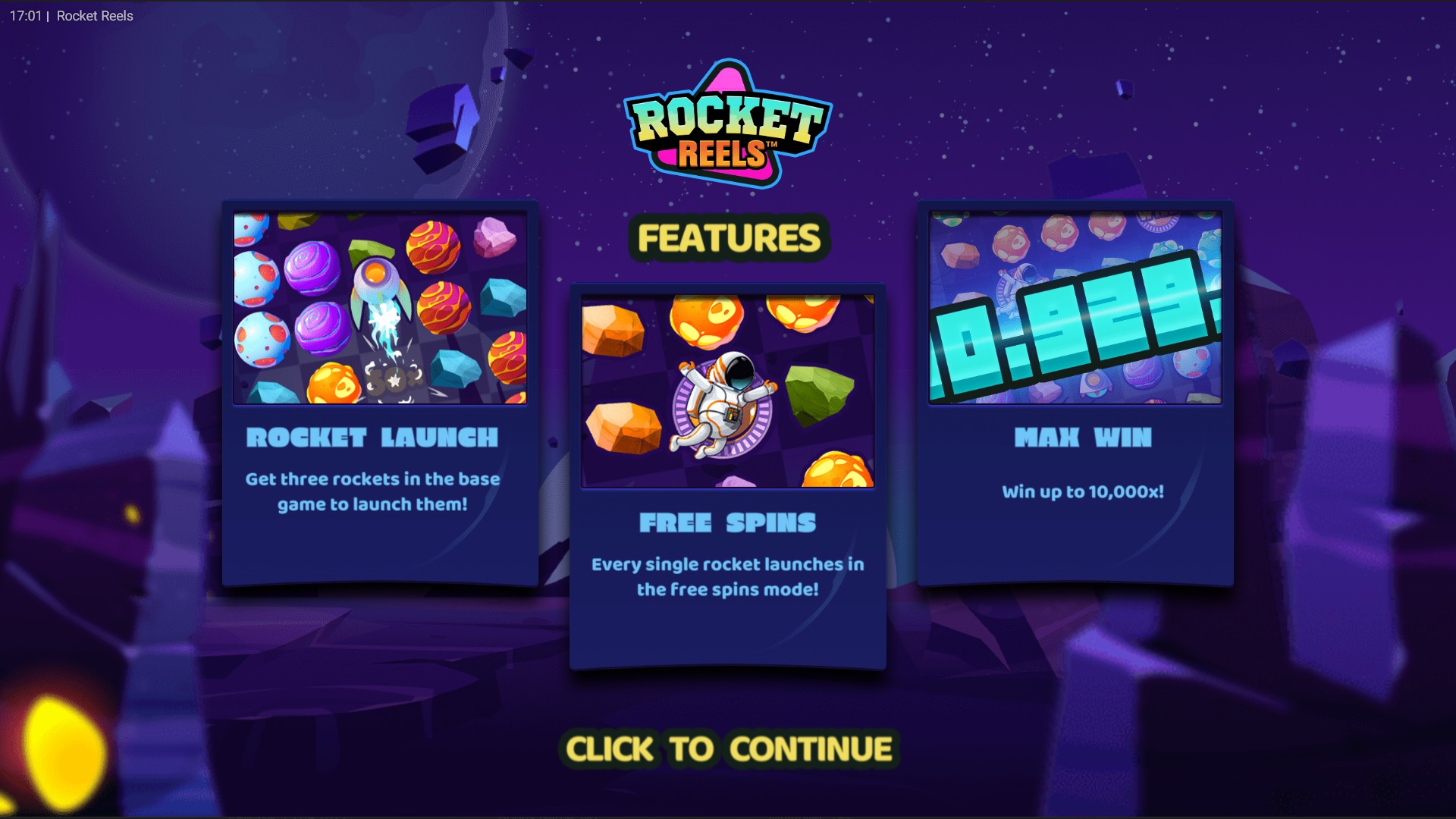 Starting off with the Cascading Wins feature which many of you already will be familiar with from plenty of other slots. Clusters will be removed from the reel set while new symbols will then drop into place in order to fill out the gaps. This process will the continue to repeat itself as long as new clusters are made.

An important feature of this game is the Rocket Launch feature as it is active both during the main game as well as in the Free Spins feature. You have 3 different Multiplier Rocket symbols that are able to land anywhere on the reels and during the main game you will need 3 or more of them to trigger the feature, while as mentioned above, there is no minimum in place in order to land the rockets. As the cascade comes to an end, the rockets will take off and remove all symbols in their way as they exit screen. The positions that have been affected will then be filled with multipliers which will of course affect any new winning cluster forming on the reels.

After the Rocket Launch feature has played out, a UFO will be able to appear at random times, hovering over the reels and then abducting anywhere between 20 and 49 symbols off the grid. After this, a new batch of symbols will be added to the reels.

Finally you have the Feature Buy option where you are able to pay x129 your total stake in order to trigger the Free Spins feature.

Look and Feel of Rocket Reels 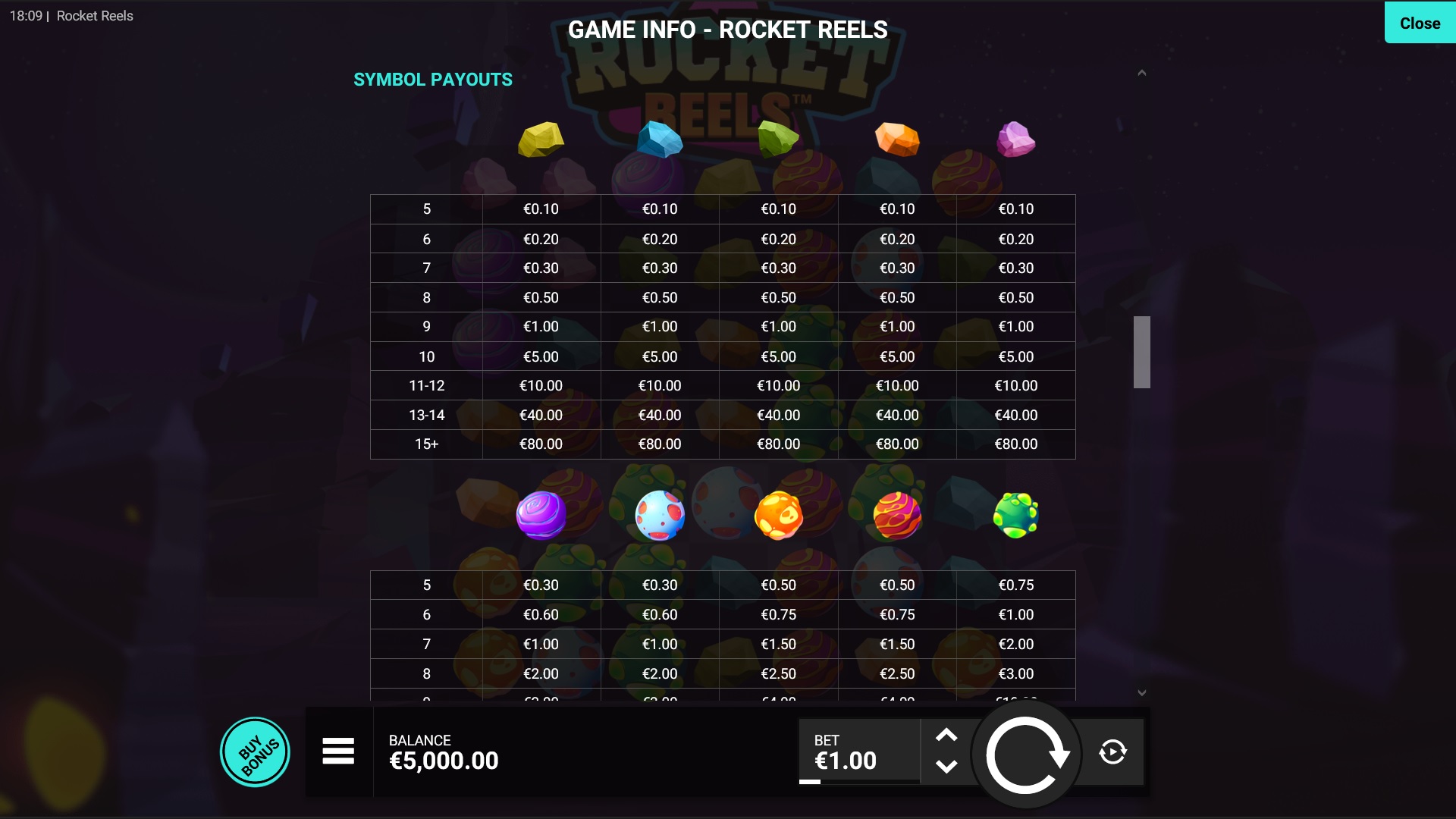 Even before the game screen has loaded, there will be no doubt about what kind of theme this slot has. The space theme is prominent right from the start and offers a colourful yet pretty simple design. Behind the reel set itself you will be seeing a purple hued rocky planet, with pieces of rocks floating above the ground, but in terms of animation or moving parts throughout the game, that is pretty much it. Simple is key here, meaning the reel set and symbols are in focus.

The symbols on the reels consist of a bunch of differently coloured rocks and planets in different shapes and sizes. These are mixed together with the rockets and astronauts you'll also be seeing on the reels as they represent the scatter and the wild of the game.