Play Rise of Olympus on 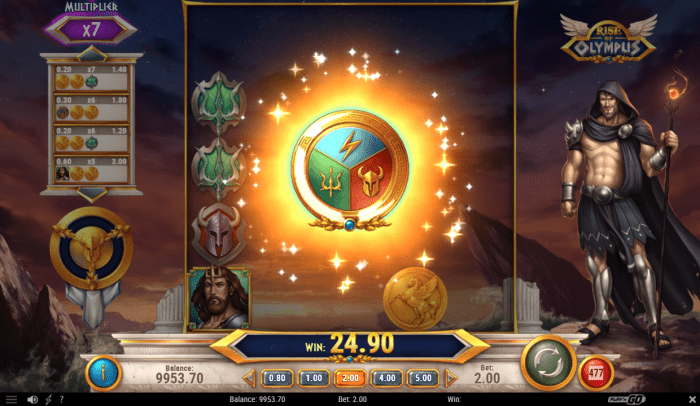 The theme in Rise Of Olympus is Greek mythology, and this comes very well through in symbols, table design and sound. One of the main characters will always keep you company.

The background changes depending on which of the three gods accompany you. Higher Paying symbols are the three gods, Hades, Zeus and Poseidon.

These characters play an important part both as symbols and which features are triggered during the base game as well as the free spins.

As mentioned, the gods play an important role in regards to special features. First in the “Hand of God” feature which is randomly triggered on a non-winning spin in the base game. In addition they play an important part in the Wrath of Olympus feature, and of course the free-spins rounds. Beyond the God-like features in this game, we do find the normal wilds, and the free-spins are triggered by clearing the table of symbols. 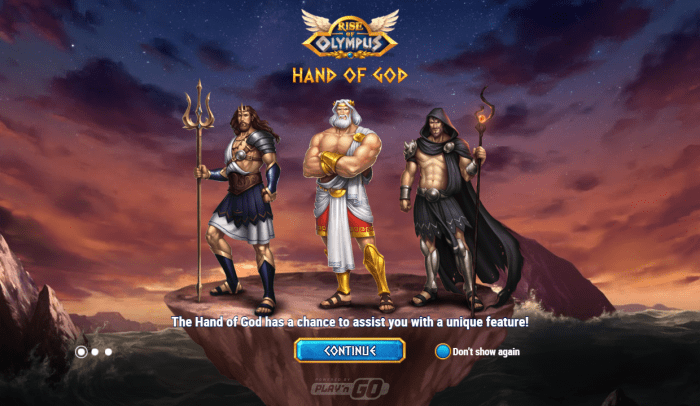 The random trigger in Rise of Olympus.

For every spin without a win, there is a small chance to randomly trigger one of the three Hand of God features, depending on which god is present during the spin. 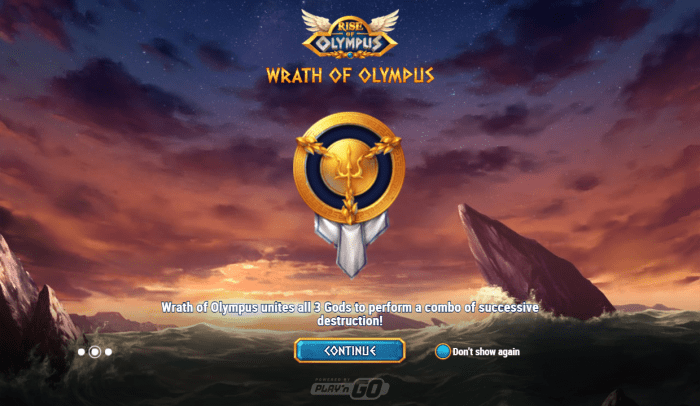 On the left hand side of the reels you will find a meter that will fill up for every winning combination with the God symbols. It has three sections, and as soon as it’s filled up and there are no more winnings in that round, the Gods will appear and perform their respective special feature in a re-spin. 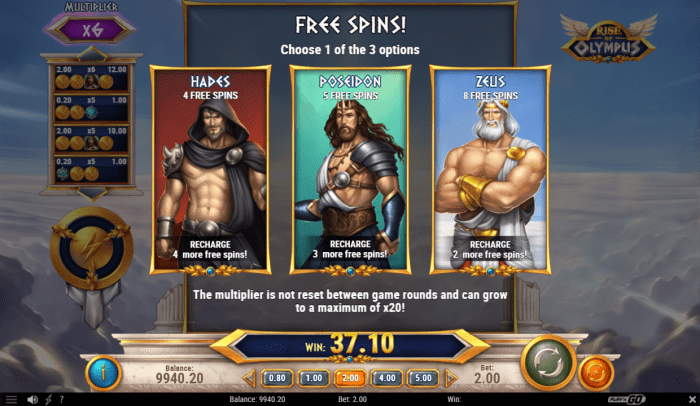 To trigger free-spins in Rise of Olympus all you have to do is clear the grid of symbols in one spin. You will be presented with the three gods, and can select which one will help you out in the free-spins rounds. Take note that the gods grant different amount of free-spins in addition to their special feature.

Our Thoughts on Rise of Olympus

Rise of Olympus seems very promising, with a high volatility, and familiar special features. That said, there’s not a lot of innovation in this latest release from Play’N Go.

The design is good, and the sounds are OK. All in all, it's very much a now very common video slot wrapped in a new package. Will be fun to check it out playing  for real money when it releases late August 2018. We'll get some proper big win clips from this game in the months to come for sure!