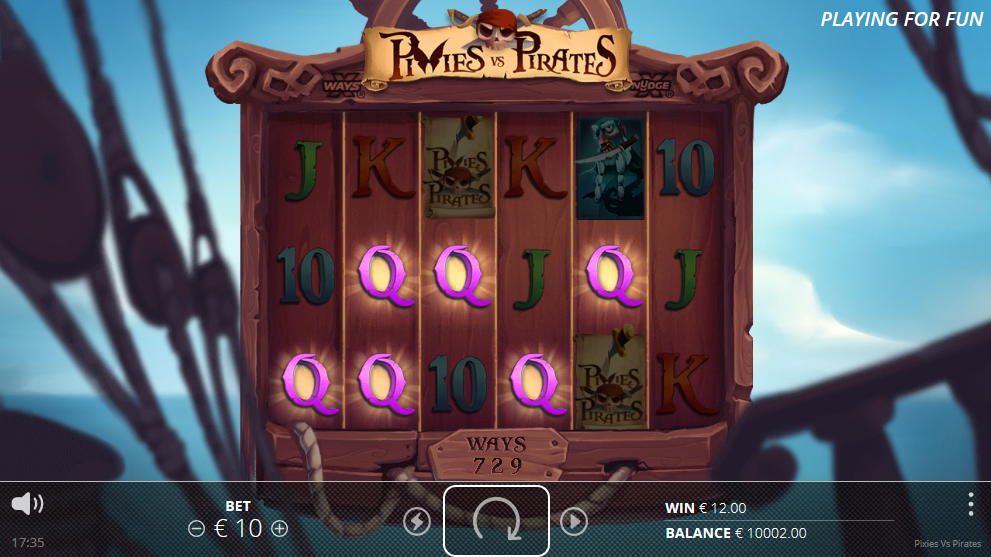 The action takes place aboard a pirate ship sailing the high seas on a wooden gameboard hanging from the rigging. With the gameboard and the ship's wheel in sharp focus in the centre of the screen, the rigging and galley can be seen gently rocking in soft focus either side of the board. Fluffy white clouds are visible in the distance above the rather calm looking sea. An upbeat percussive soundtrack accompanies the play.

An xWays Mystery Chest reveals both a random mystery symbol and also acts as a reel expander, transforming from a single symbol into 2 or 3 identical regular symbols. The maximum height a reel can expand to is 6 symbols. Mystery Chests appear on reels 2-5. 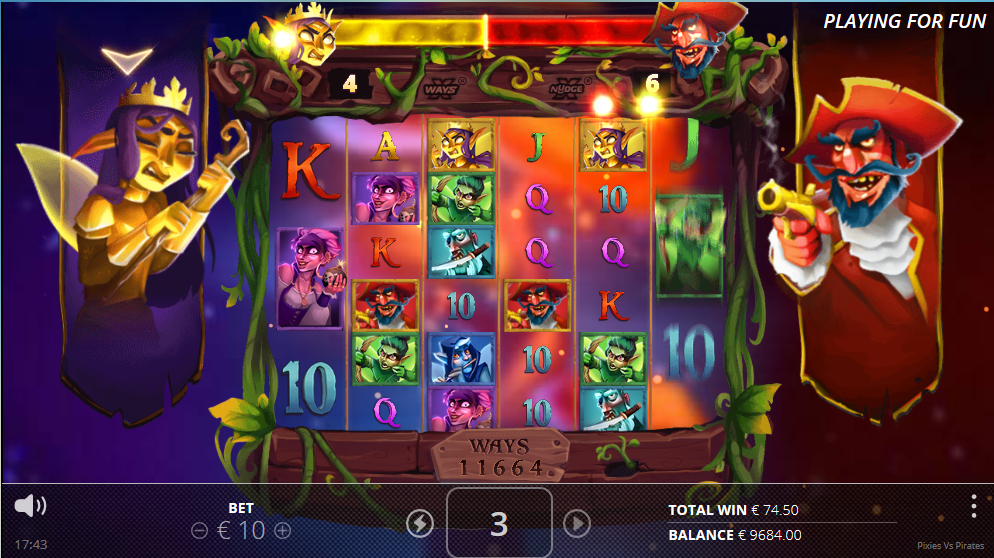 3 or 4 scatters landed triggers 6 or 8 Battle Round Free Spins. Throughout free spins, reels 2-5 are fully expanded to 6 symbols meaning all spins offer 11,664 ways to win. Before the bonus round begins you must choose which side to pick; The Pixie Queen or the Pirate Captain. Throughout the free spins each Pixie Queen and Pirate Captain which lands is counted on a meter. If your chosen symbol appears more times than their counterpart, then a retrigger is awarded. In the case of a tie, the players choice wins.

Our Thoughts on Pixies vs Pirates

Pixies vs Pirates may have an unusual combination of warring characters but with some great new features, and an excellent free spins round this is one of Nolimit City’s best games to date.

The potential is well worth getting excited about and the gameplay is fast paced, action packed, and a lot of fun. Free spins, as you’d imagine with a high variance high paying slot, are not easy to come by, but the inclusion of the new xNudge Wild and xWays Mystery Chests in the base game makes for a highly engaging slot.

This is a slot I would highly recommend you giving a try if you like trying out new features or are a fan of the fantasy genre in general.