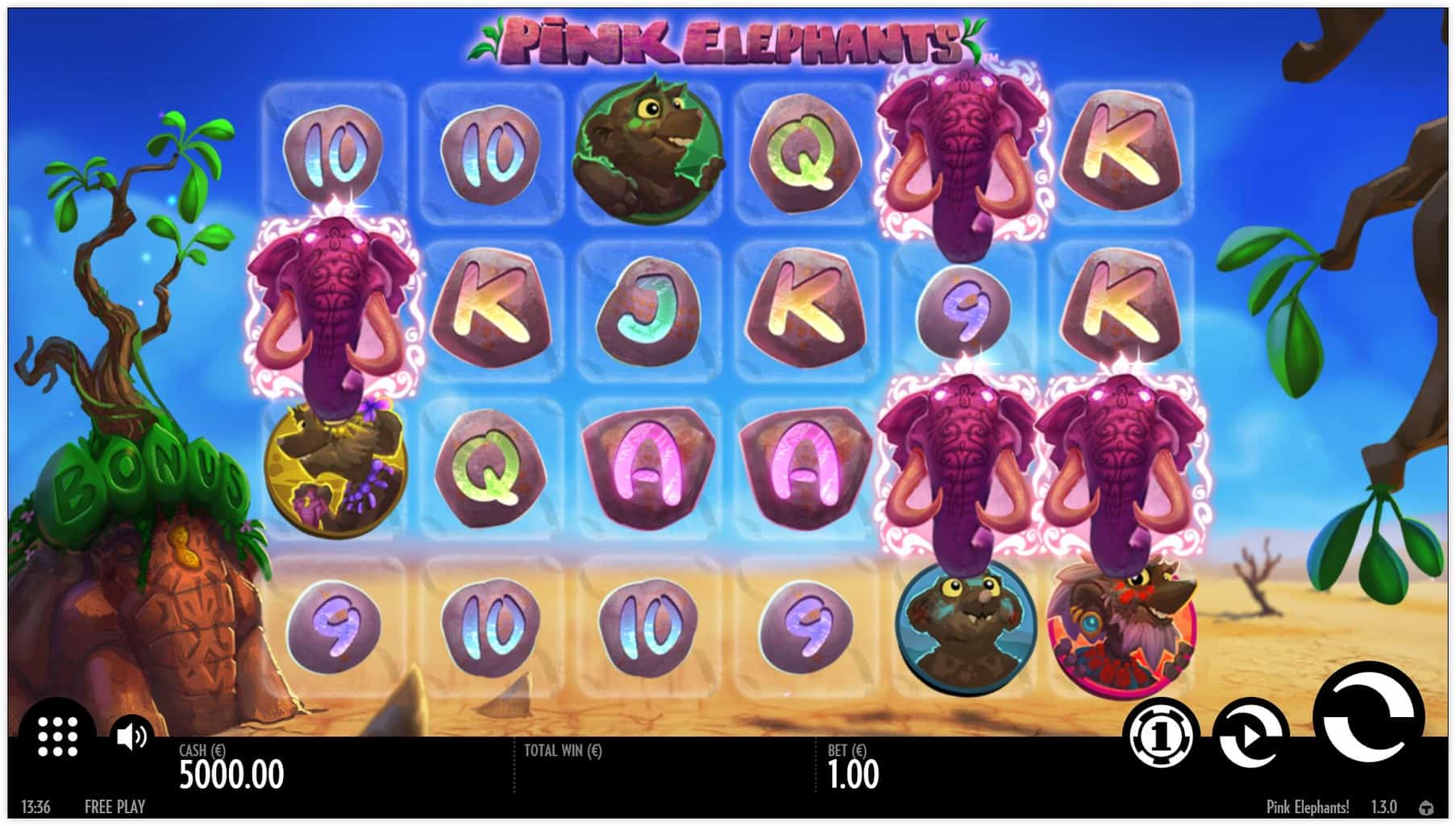 When it comes to the symbols in Pink Elephants, the highest paying symbol is the pink elephant, followed by the four meerkat symbols, with different colours – red, yellow, blue and green. The 9 - A make up the lower-paying symbols. The scatter symbol is a glowing peanut. There is also a mystery scatter symbol, which can land randomly during the base game. Up to five mystery scatters can appear on one spin, and they help trigger a larger amount of free spins during the bonus feature. Finally, the wild substitutes for all other symbols apart from the two scatters. Much like the game itself, the music is quite upbeat. The tune of this online slot adds to the exotic feel of the game, with the drum and flute sounds included in it. During the bonus rounds, the sounds and colors change into a kind of trippy atmosphere with fitting sounds.

The special features in Pink Elephants are where the potential of big wins becomes available to players. Although there is only one special feature round in this slot game, we have to admit that here, one is more than enough. 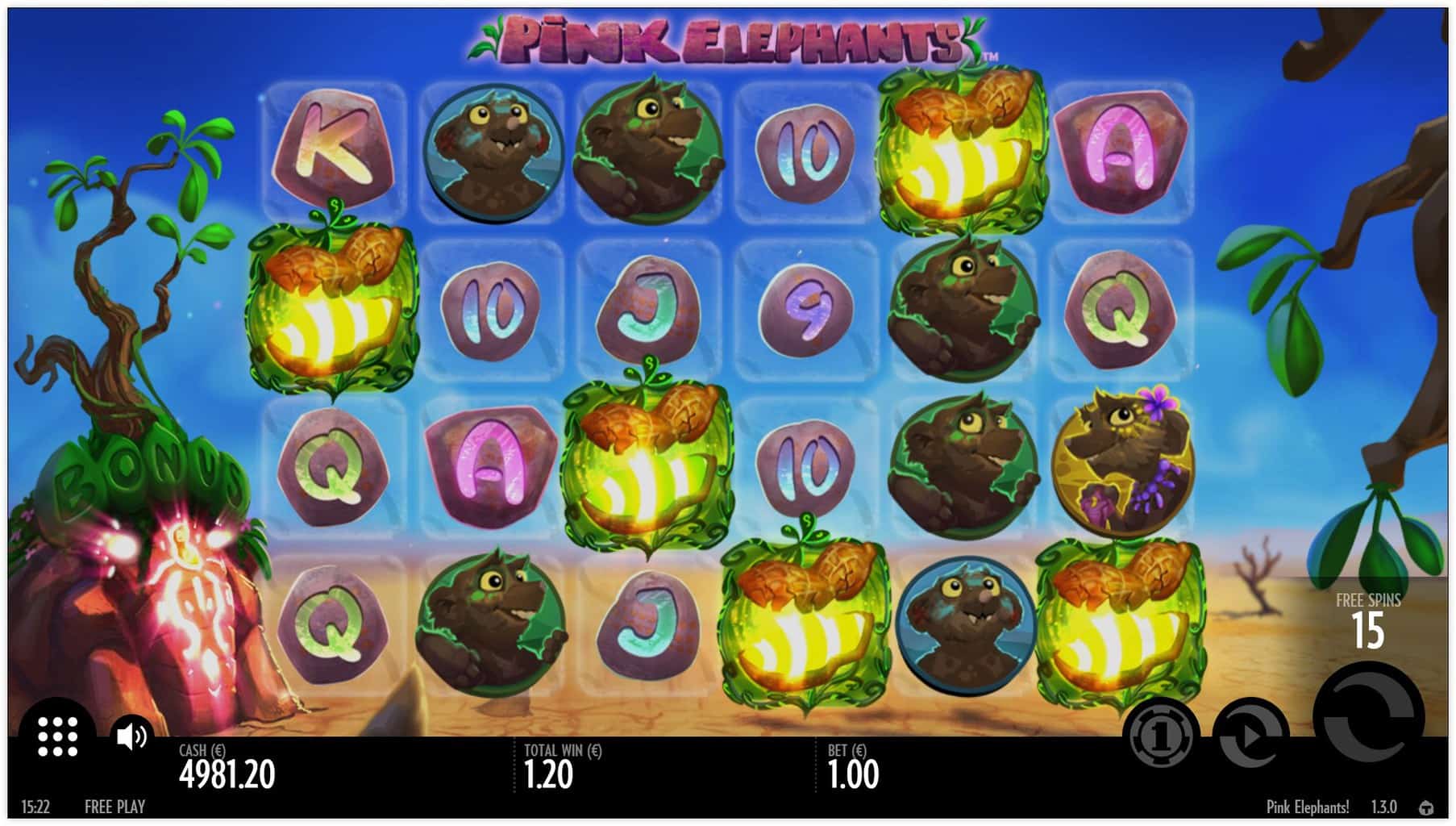 Pink Elephants has a bonus feature which you can activate by landing three or more scatters anywhere in view. The slot will offer a number of free spins, depending on the number of scatters, you land.

Landing two, three, four, five or six scatter symbols during one of the free spins, will give three, five, seven, nine, and 11 extra spins respectively. During the bonus game, the four meerkat symbols will each have meter bars assigned to them. Elephants with fiery orbs will land on your reel during the free spins, and these orbs will fill the meerkat’s meters. If a meerkat’s meter gets completely filled, that symbol will transform into an elephant for the duration of the spins. You will win one extra spin for every meter that you fill. during the free spins round, the potential 8200x win comes into play. Filling all meerkat meters will transform all meerkat symbols on your reel into the highest paying symbol - the pink elephant.

Pink Elephants is already becoming a favorite among players and casino streamers alike; in fact, LetsGiveItASpin won big during the free spins round. We liked the symbols and the gameplay in general, but we did find the music a bit annoying. We also have to agree with the description of the game itself, that this is a ‘psychedelic slot game of mammoth proportions.’ Having said that, we never managed to reach the 8200x win ourselves, but that doesn’t mean that you won’t