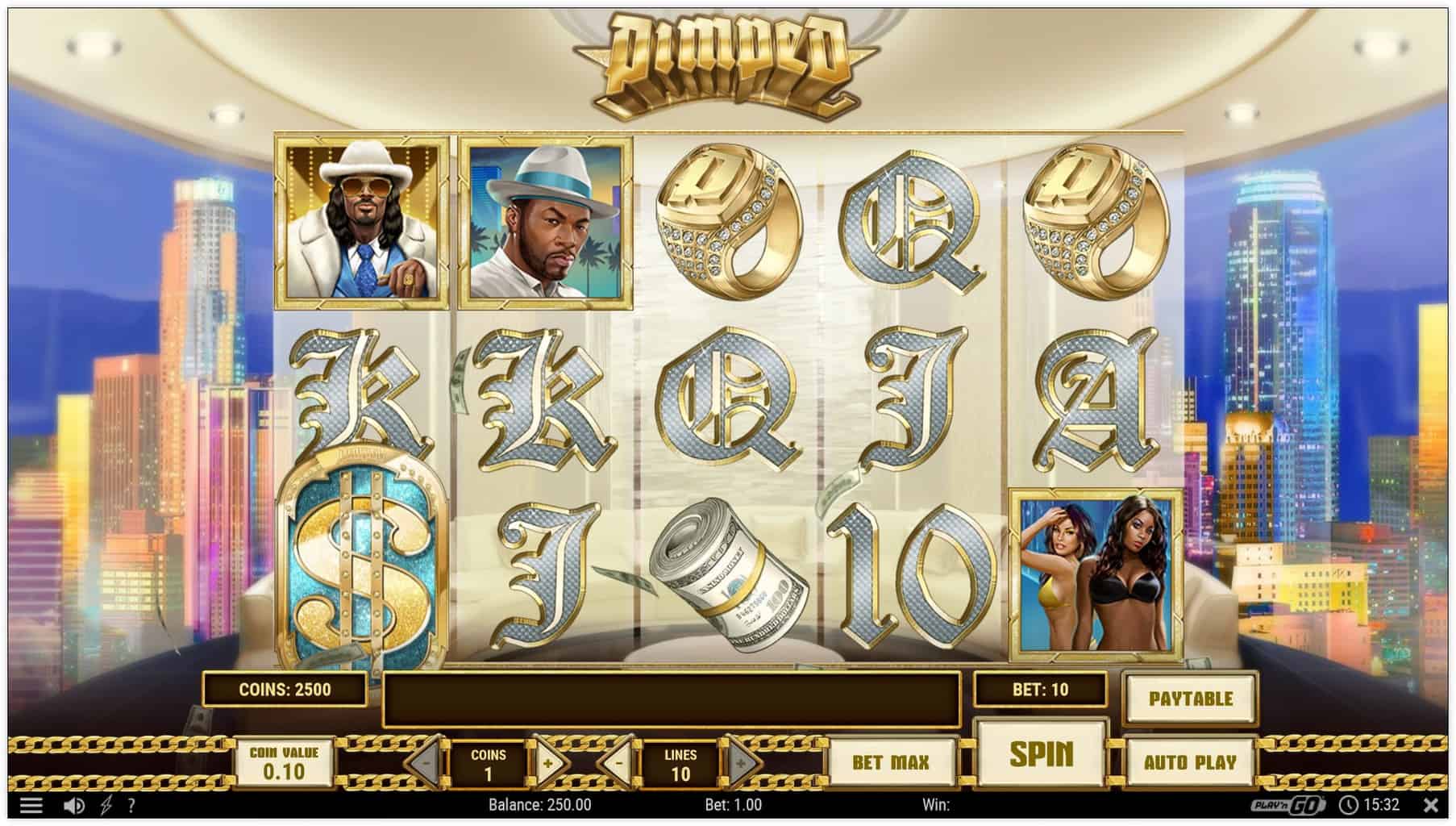 The highest paying symbol is the classiest looking wild symbols in all existence: a fist wearing a long ring with the word wild on it. The next highest paying symbol is probably the person wearing the ring himself, a snoop-look-a-like. The lowest paying symbol, the 10, doesn’t really look like a low paying symbol with its golden frame and bling interior. Taking the theme and the name of the slot game ‘Pimped’ into consideration, we have been trying to guess what the relationship between the higher value symbols is. Care to try and guess it yourself? Here’s a hint, the two men are wearing white suits and white hats, and the two women are wearing bikinis. The background music of this slot game is also quite fitting within its theme; a hip-hop kind of tune taken from around a decade before this slot game was created. 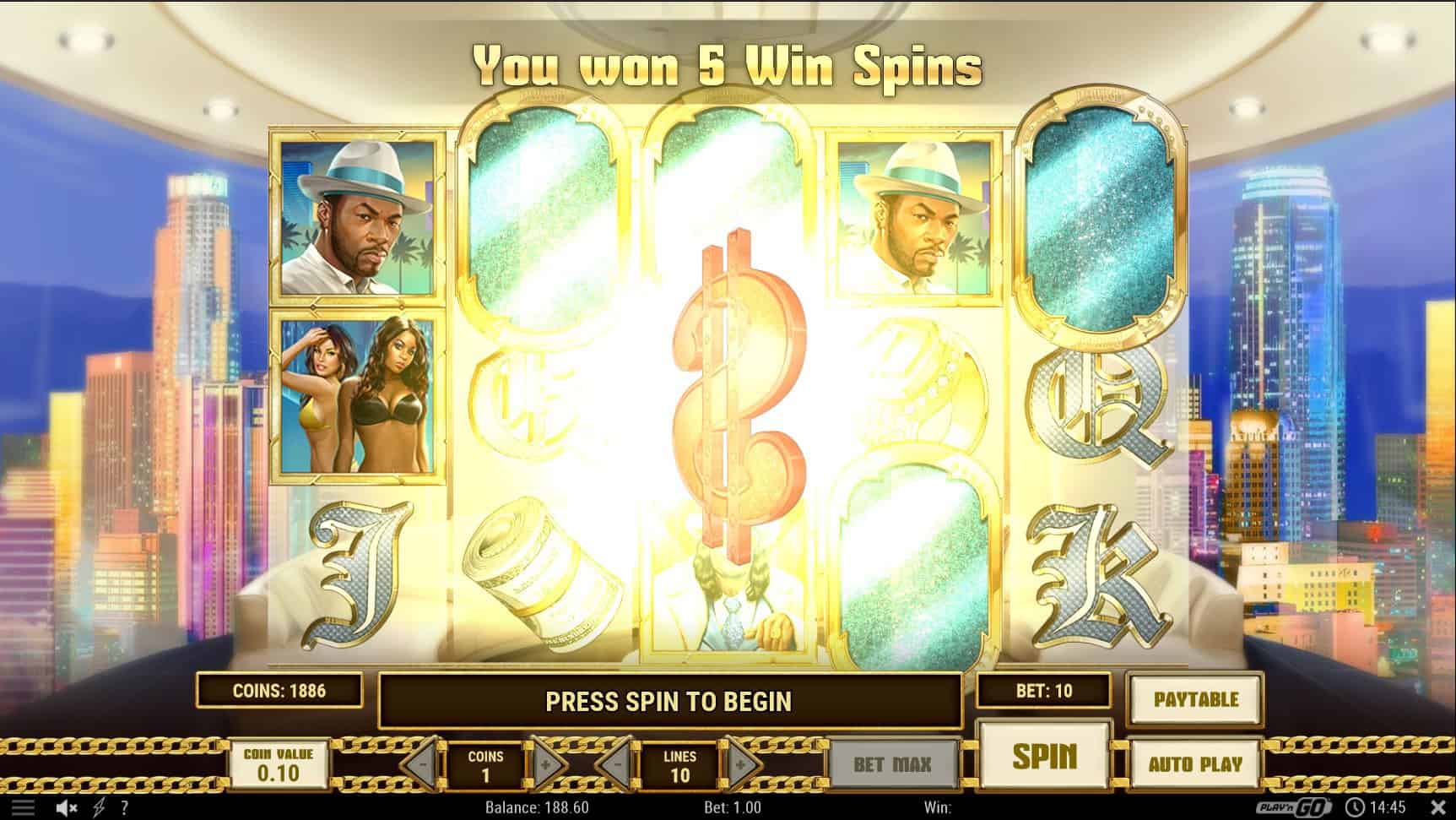 The scatter symbol on Pimped is made up of a blinged-out dollar sign. Landing three scatter symbols will award you five win spins, which are five free spins with a guaranteed win at each spin. For every scatter symbol that lands on your reel during the free spins round, you will be given two extra spins, with a potential of 20 free spins maximum.

Another feature in Pimped allows the player to double or quadruple every win by guessing the colour or suit of a face-down card. If guessed correctly the player can keep guessing again for a maximum of five correct guesses or 2500 coins.

Due to the game's guaranteed wins on the free spins feature, Pimped is an excellent game for players to implement the so-called one line strategy. One downside that we found to this game is that we read it was only available on desktop, but after we tried to open it on our phones, we managed. Another thing that may have bothered us was the graphics of the game; they do look a bit ancient when taking a second glance, but the characters were so similar to hip-hop legends that we just closed one eye and played along.