What’s a slot game without any fun or exciting special features to chase. Panther’s Reign slot comes with the following features: 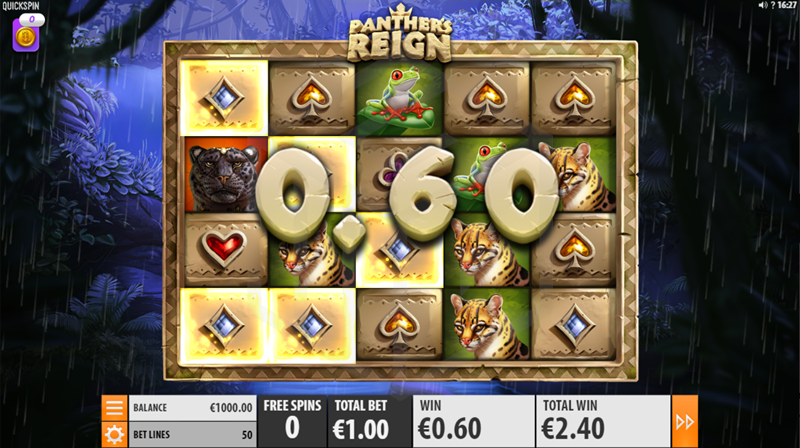 To trigger the free spins round you need to land three or more Bonus Scatter symbols.

Landing three or more scatters on a single spin during the free spins round will award you with 5 additional spins. For every extra scatter symbol which appears on the reels 1 additional spin will be awarded up to a maximum amount of 22.

During the free spins round any symbols which land along a payline making a winning combination will trigger a respin.

The Wild symbol substitutes for all other symbols to make up a winning combination, excluding the Bonus Scatter symbol

During this feature, up to 10 random Wilds are added to the reels, providing you with a great chance to land a mega win! 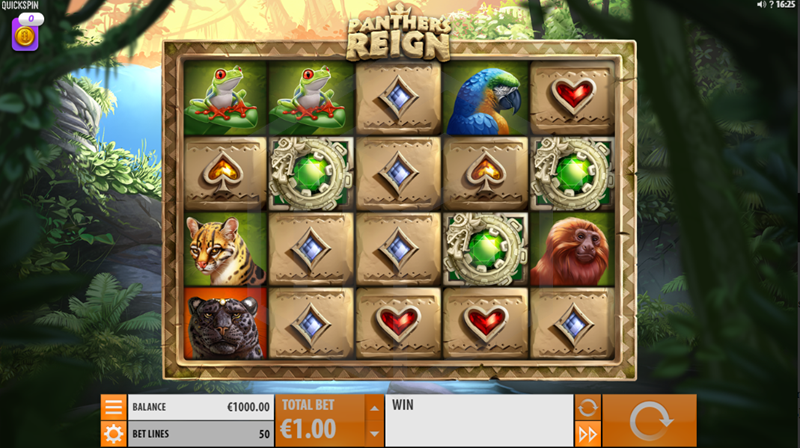 As the slot is based on the tragedies which occurred in the Amazon Jungle, its rather obvious that this slot is Amazon Jungle themed.

The reels are set down by a lake in the Amazon, while the wildlife roll across the reels.

The highest paying symbols are the different creatures which roam the depths of the jungle. The lower-paying symbols, however, are illustrated by the four different card suites -  diamond, club, spade and heart.

Due to the story behind the creation of this slot game, I feel it added

Although visually I do not feel there is anything very special nor outstanding about the appearance of Panther’s Reign, the story behind the creation is heartwarming.

As the devastation caused by the fires in the Amazon hit the news worldwide, I respect Qucikspins innovative thought to create a slot game which highlights the beautiful nature of the jungle.