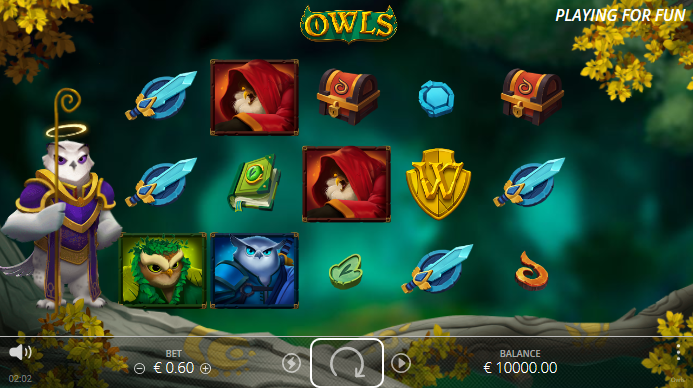 Nolimit City know how to make a slot visually appealing with slick graphics and animations the order of the day. The Angel Owl stands guard over the reels from a tree branch, while treetops sway in the breeze.

Animated autumn leaves flutter down across the screen with the rest of the hazy forest in the background. The soundtrack is a tranquil oriental pan flute melody, perfect for a peaceful, autumnal forest.

The base game offers a scatter loot feature and the bonus round rewards one of three different free spins rounds (called Dream Spins). 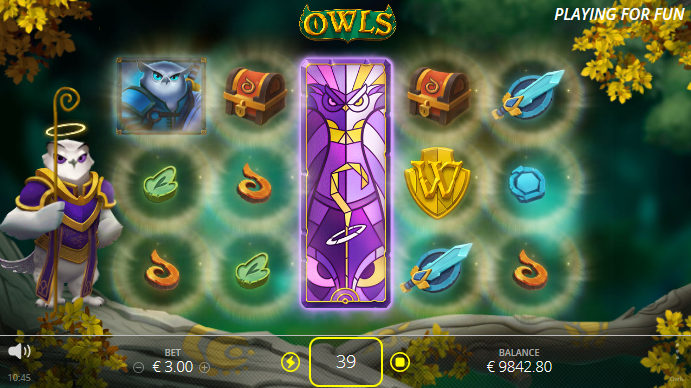 The scatter on the middle reel is stacked and if it lands fully stacked the Scatter Loot Feature is activated.  The stacked scatter will send out up to 6-7 scatters which will change the symbol they land on. The entire middle reel counts as one occurrence of each symbol. 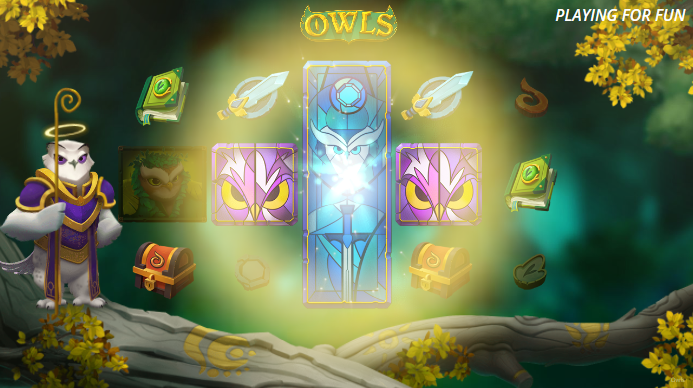 Our Thoughts on Owls

Owls is another solid slot from the Swedish provider. Once again the design and artwork are on point and the game is a smooth and satisfying play. It can take some time to hit the main feature (on average just over 100 spins) and occasionally it will disappoint.

However, just as often you’ll hit a very nice win – and we witnessed several big wins of each of the three Dream Spin features. Also, the Scatter Loot feature comes in fairly regularly in the base game and usually delivers a win, occasionally a big one.

One thing I would change is the random element of the Dream Spins round. I prefer having the option to choose your volatility in such situations, something offered in games like Game of Thrones and Eastern Emeralds.

Not only might this encourage more high variance players, but it’s a neat option which allows players to try out all the bonus rounds to see what fits for them.

On the whole, however, this is a very nice mid-range slot and a worthy addition to the Nolimit City portfolio.