Mighty Arthur by Quickspin released on 14.11.2017 is a 5-reel & 3-row online slot with 20 paylines and a 96% RTP. This is a Excalibur-themed game offering players a max win of up to 621x their stake. Mighty Arthur can be played on all devices from €0.2 to €100 per spin and is considered a medium volatility game. 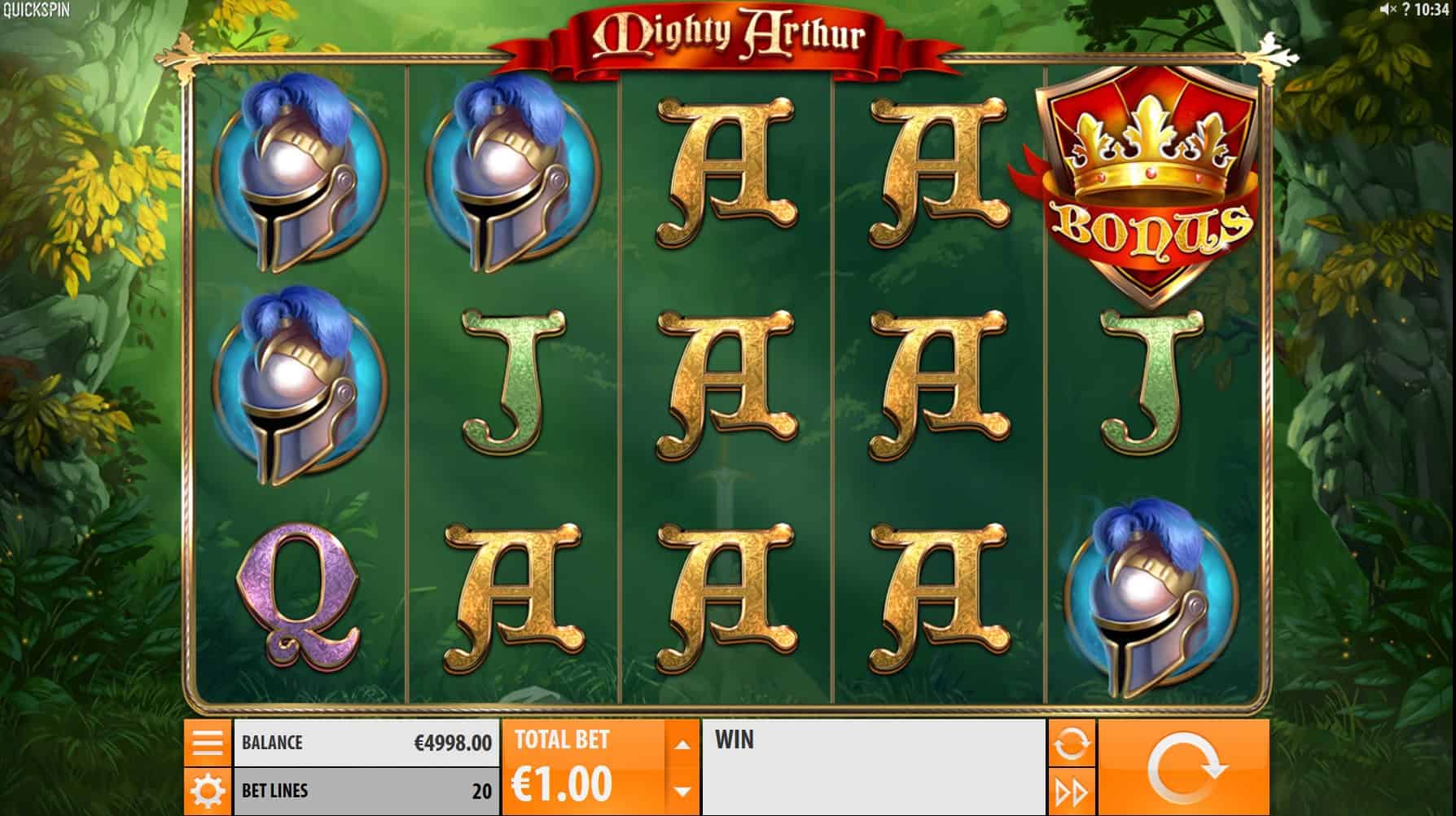 When it comes to the symbols, the high-value ones feature characters and objects from the legend of King Arthur. 10- A make up the low-value symbols. In addition, all symbols can appear stacked on the reels. The scatter symbol is a golden crown with the words bonus on it; when three of them land, they will award you 10 free spins and the symbol can only land on reels 1, 3 and 5.

The background music of Mighty Arthur reminded us of warrior music played in some film as soldiers were going to war. We guess this ties well with the theme of Mighty Arthur if they are really making their way to Camelot after picking up Excalibur.

Even though the special features are randomly triggered, the good thing about them is that they are triggered often enough to award you some wins. 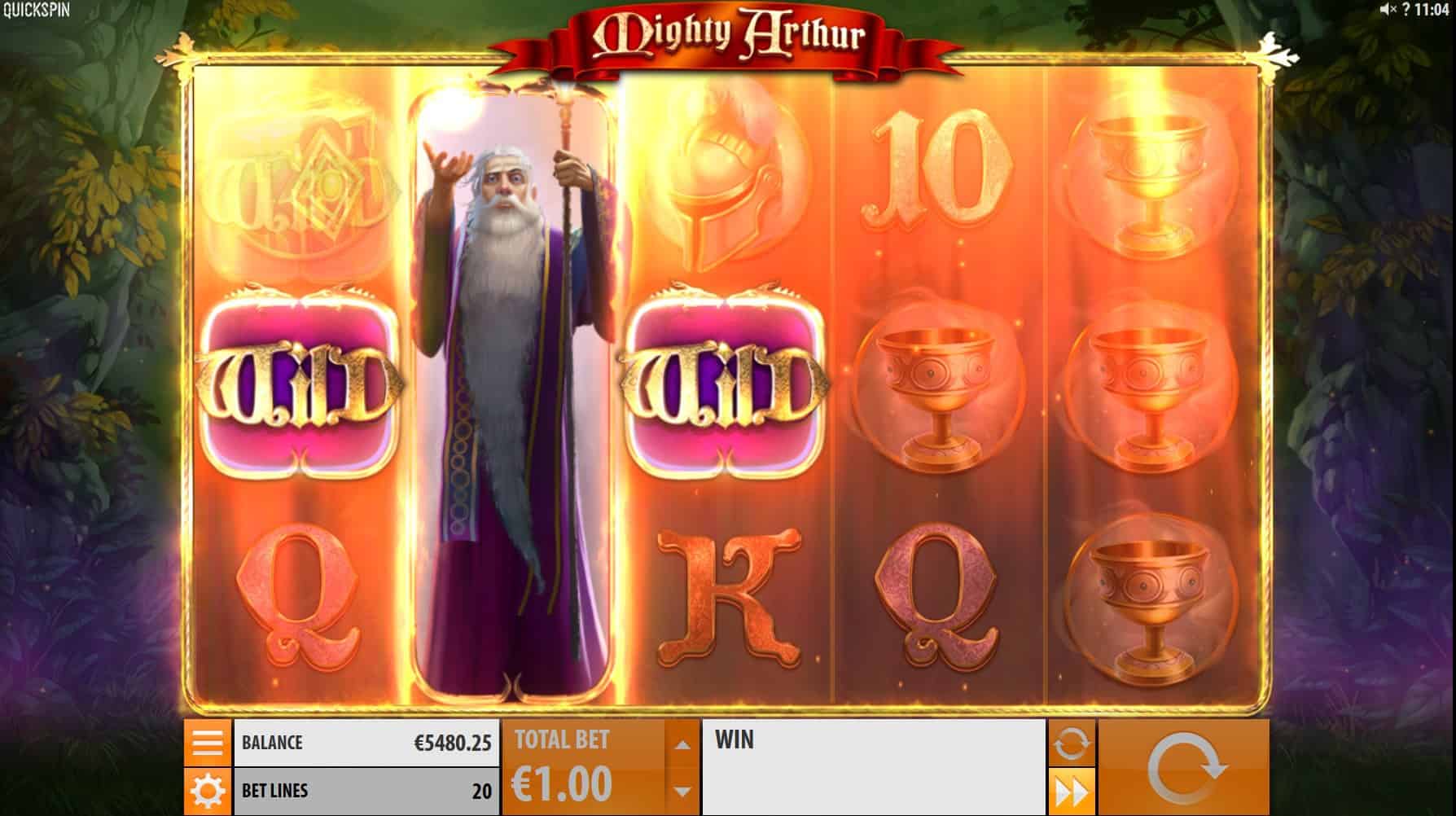 The Mighty Arthur slot has two special wild symbols which can cover an entire reel. There is the Merlin wild and the Arthur wild, both can substitute for all symbols apart from the scatter.

Finally, both Arthur and Merlin will always nudge to help trigger the features. By nudge, we mean that if a partial Arthur or Merlin appear on your reals, they will move to cover the entire reel and trigger their feature. 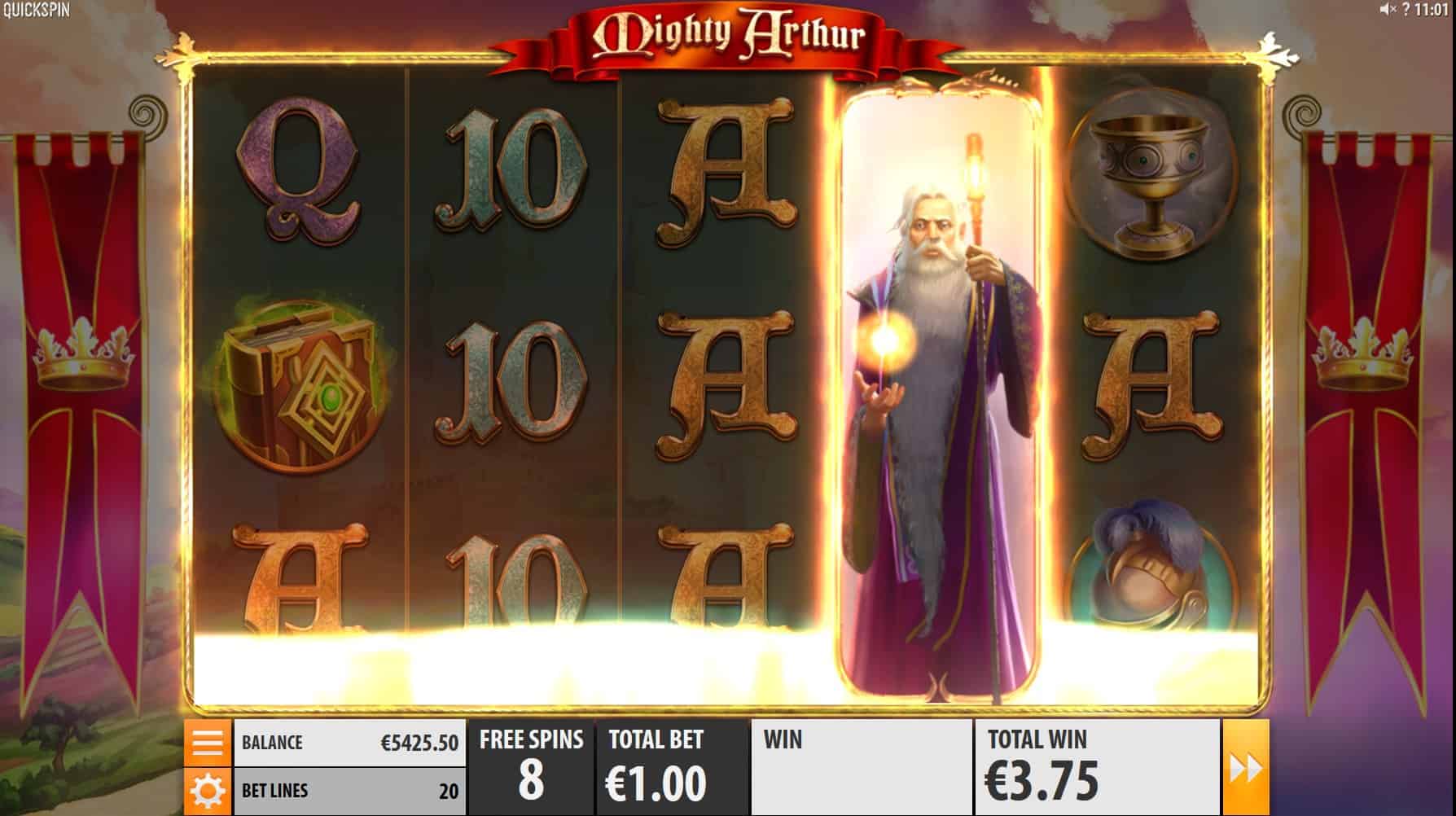 What we found entertaining within the game is the special features, like the special wilds, which are not really noticeable in other slot games. One thing that we found a bit disappointing is the potential maximum win of this game; however, as a medium to low volatile game, we were not expecting much out of Mighty Arthur. When taking the volatility of the game into consideration, the king Arthur special feature took quite a long time to trigger. The merlin special feature triggered often enough to award you decent wins though.