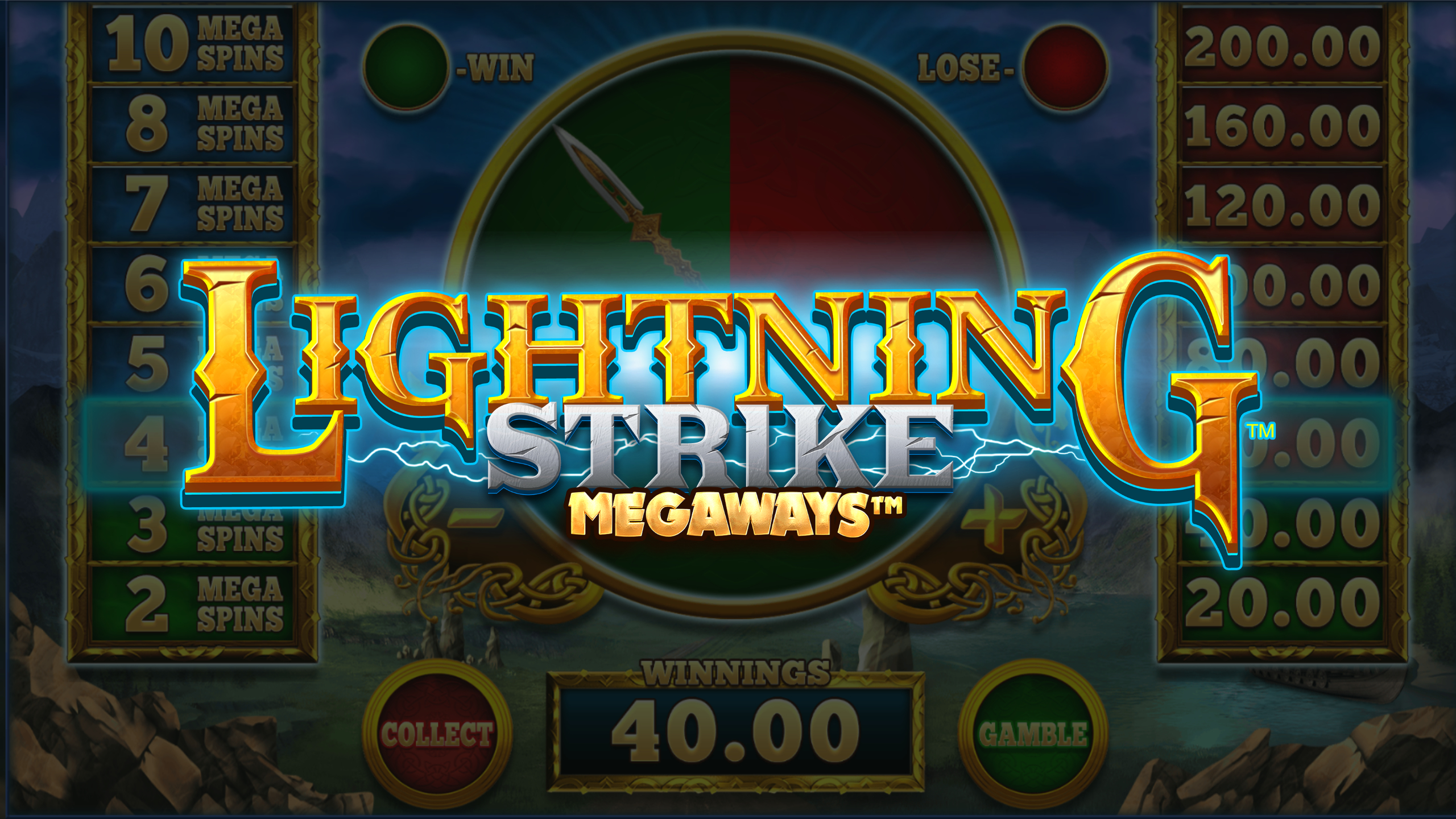 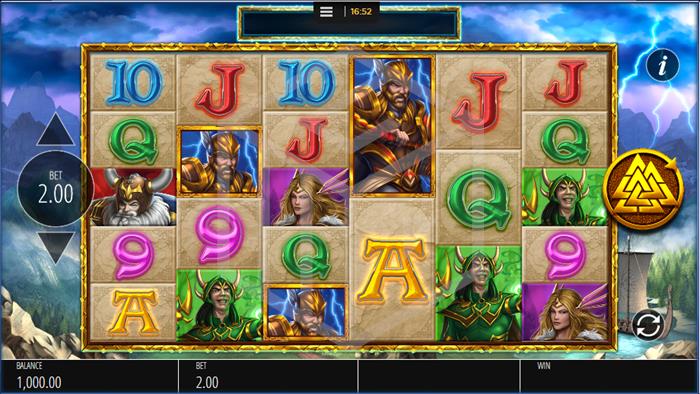 Behind the gameboard, thunder and lightning reign down on an epic, mountainous Norse scene. Dark storm clouds pass overhead while a Viking Ship can be seen sailing out to sea. The reels spin to a suitably dark and ominous soundtrack, full of booming drum beats and battle-cry horns.

The low-value symbols are represented by the standard 9, 10, J, Q, K, and A. The four high-value symbols are all Norse Gods, Valkyrie, Loki, a horned helmet warrior, and a winged helmet-warrior. The latter is the most valuable with 6 across a pay line worth 50x the bet size (although they quickly go down in value with the 2nd & 3rd most valuable paying just 10x and 2x the bet size). Thor’s Hammer acts as a multiplier wild appearing on reels 2-5 and the Mythical Yggdrasil tree is a mystery symbol. 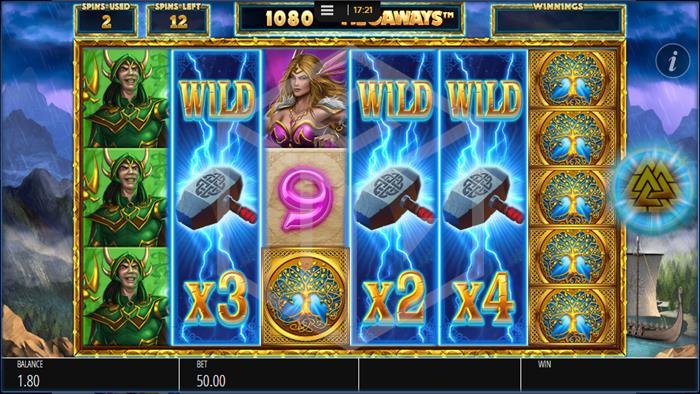 Mega Spins are Lightning Strikes premier feature but the expanding multiplier wilds and the mystery symbols also add value in both the base and bonus games. There is also a gamble feature available for big enough wins.

A wild hammer landing will trigger Lightning Strike. The wild will expand to fill the entire reel and it will also be assigned a win multiplier of between 2x and 5x. Whether the wild creates a win or not it will be held in place for one respin. If another wild lands then a further respin will be triggered with both full-reel wilds held in place. More than one wild contributing to a win will result in all the win multipliers being multiplied. With up to 4 reels containing wild multipliers of up to 5x, this means that it is possible to create a 625x win multiplier.

Mystery symbols (in this case a Mythical Tree) can appear in abundance on any random spin. At the conclusion of the spin all mystery symbols will transform into identical regular symbols.

Mega Spins are not triggered by the standard scatter symbol route, instead, you can exchange wins of 5x the bet size and above for a number of Mega Spins. Alternatively, any win over 5x the bet size can be gambled for a higher cash amount by spinning a wheel of fortune. Mega Spins can also be gambled to increase your spins up to a maximum of 25. Mega Spins offer an increased likelihood of landing both Lightning Strikes and Mystery Symbols. 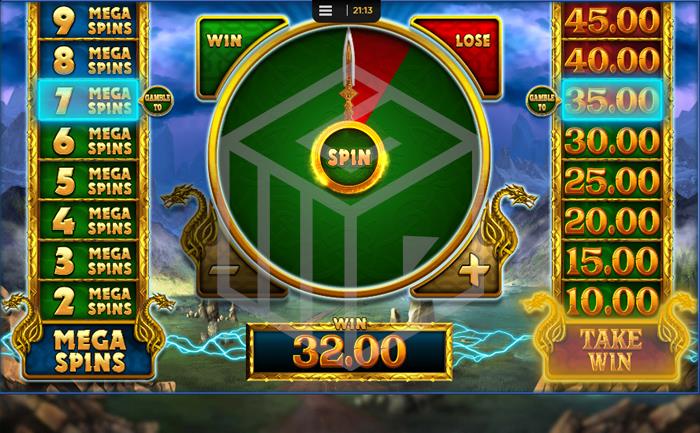 Our Thoughts on Lightning Strike Megaways

Lightning Strike is another great Megaways slot from Blueprint. Once again Blueprint has managed to bring something new to a Megaways slot, this time by changing up the way in which the bonus round is triggered. Offering players the opportunity to try Mega Spins relatively cheaply and then gamble them up is a very tempting proposition. Of course, this is a high variance game so you can easily walk away from the bonus round empty handed. However, if you land a few of those expanding multiplier wilds alongside a bunch of mystery symbols then you can really land some epic wins. With up to 10,000 the stake available on every spin we’re sure that the hordes of Megaways fanatics will lap this slot up.