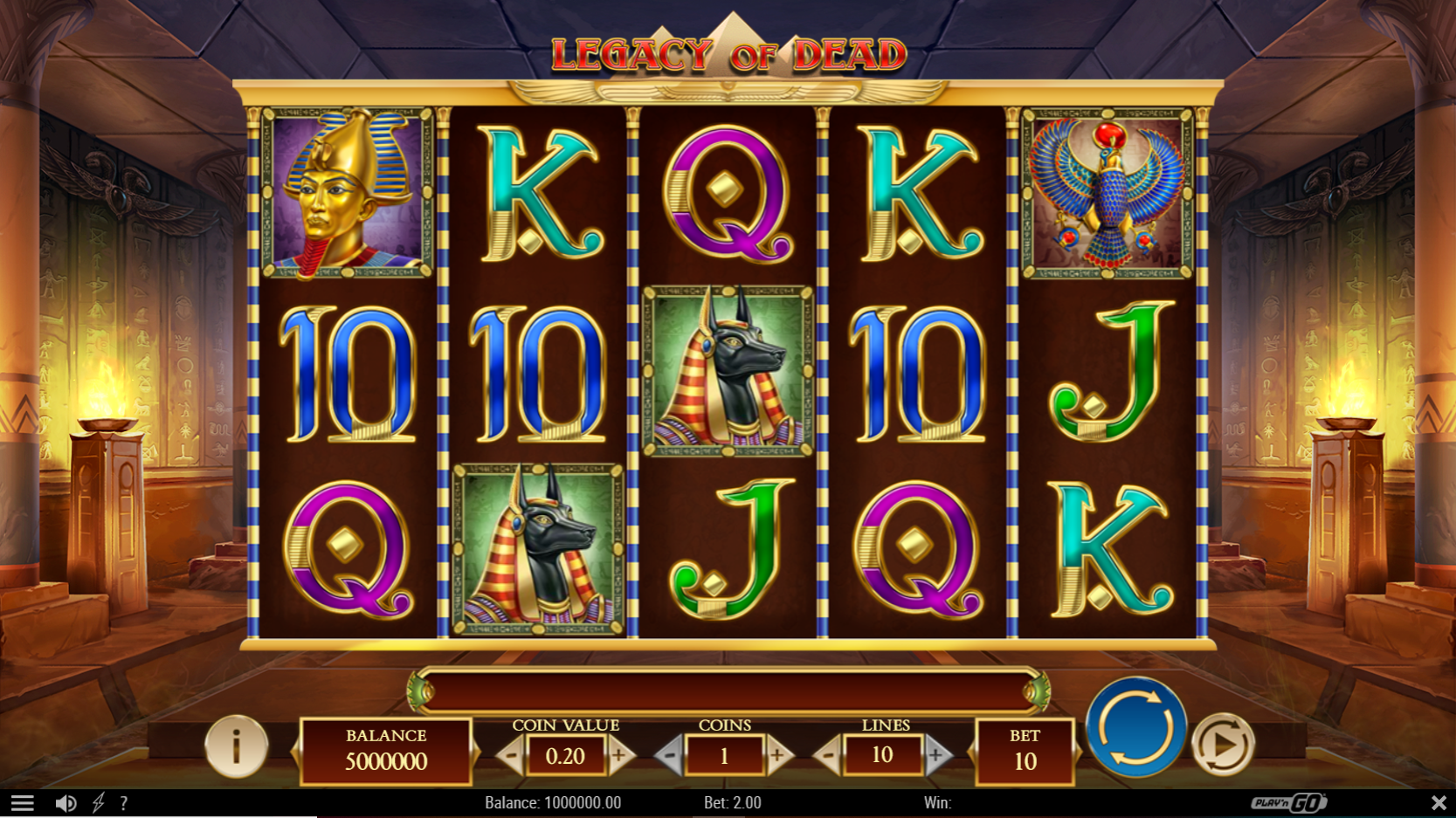 We are very much in familiar territory here with the gameboard and symbols (bar the wild/scatter) identical to that used for Book of Dead. Also, as with Book of Dead, (and many other Book clones), the action takes place inside a Pharaoh’s tomb. However, the design is much fresher and more detailed than the 3-year-old PnG favourite. Then again, it is more or less identical to another recent PnG release, Rise of Dead! The vast tomb has hieroglyphics etched into the walls, illuminated by firepits on stone plinths. The background music is a haunting, percussion led affair; not quite as ‘Egyptian’ sounding as most in the genre, but certainly eerie and suspenseful. 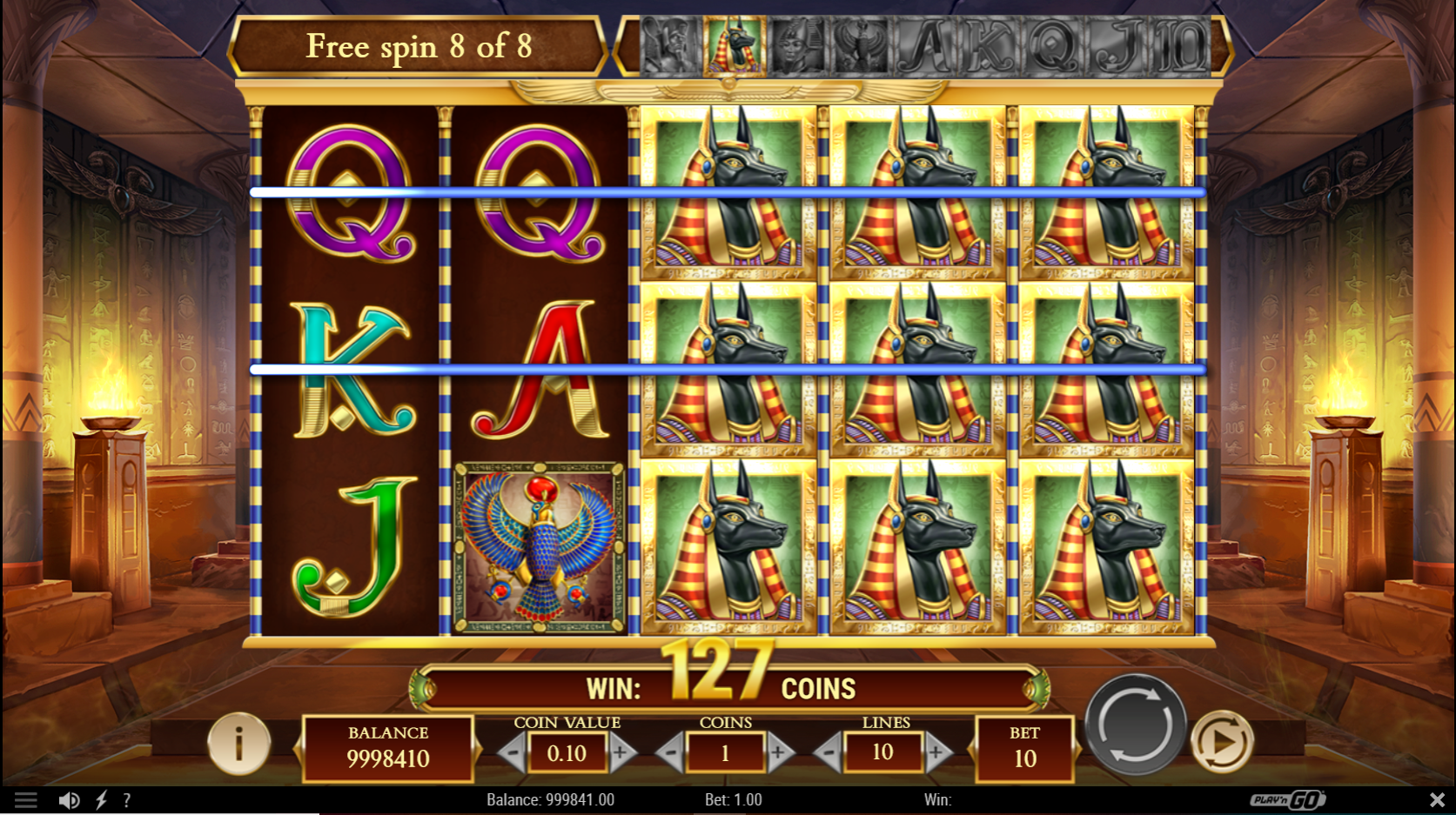 The game’s only feature is a scatter triggered free spins round. Three or more scatters trigger 8 free spins. Prior to the free spins starting one of the game’s symbols is selected at random to be the round’s special symbol. The ‘special symbol’ is special in two ways; firstly, to make a winning combo special symbols need not be on adjacent reels. Secondly, if a winning combo is made from special symbols then they will expand to cover the entire reel. As an example, if the King is the special symbol at a King lands on reels 1, 3, and 5 then all 3 reels will fill with Kings and pay the same as Kings filling the first three reels.

The free spins round differs slightly from Book of Dead in that in the event of a retrigger, not only are 8 more free spins awarded but also another special symbol is selected. Furthermore, the previous special symbol remains ‘special’. Also, retriggers are unlimited, so it is theoretically possible to have 9 special symbols active at the same time. Although this feature doesn’t appear in Book of Dead, it isn’t uncommon among other ‘Book’ clones, so still no points for innovation!

Our Thoughts on Legacy of Dead

As an updated and mildly improved Book of Dead, you can’t really argue with Legacy of Dead’s potential. It certainly has significantly better HD graphics and (some might argue) a somewhat improved free spins round. However, Book of Dead is so established as THE Book clone of choice, that its difficult to see this slot taking over that mantle. Also, it’s a little disappointing that a studio with so much to offer has chosen this as their first release of the new year.