Immortal Romance by Microgaming released on 2011 is a 5-reel & 3-row online slot with 243 ways to win and a 96.86% RTP. This is a romance-themed game offering players a max win of up to 12000x their stake. Immortal Romance can be played on all devices from €0.3 to €300 per spin and is considered a high volatility game.

It’s clear this slot was created a couple of years ago, during the vampire craze on both the small and big screen. (You know, True Blood, and that movie series with sparkling vampires messing up the whole scene). We find four main characters, who play an integral part during the bonus picking game. All characters have been given a backstory and a persona, which we find really interesting. The romantic undertone is well reflected in the music and sounds in Immortal Romance. 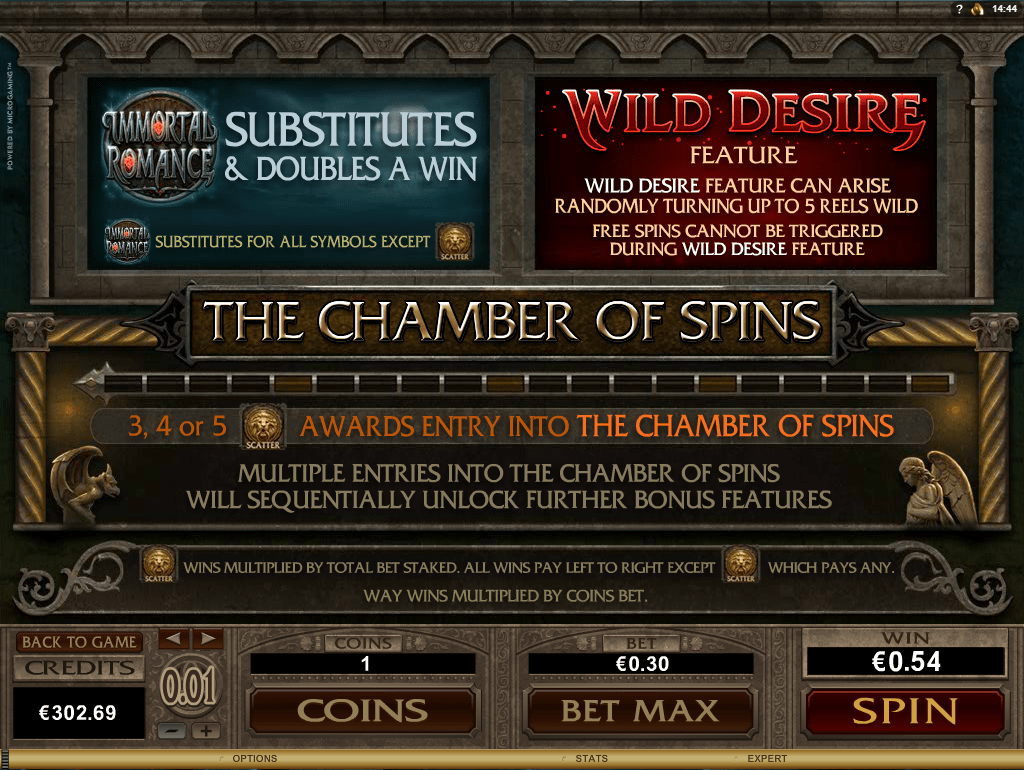 Immortal Romance is packed with special features. Some are available from the first spin, while others you will have to earn access to as you play. You find the common Wilds and scatters, plus a bonus picker before your free-spins.[/caption] 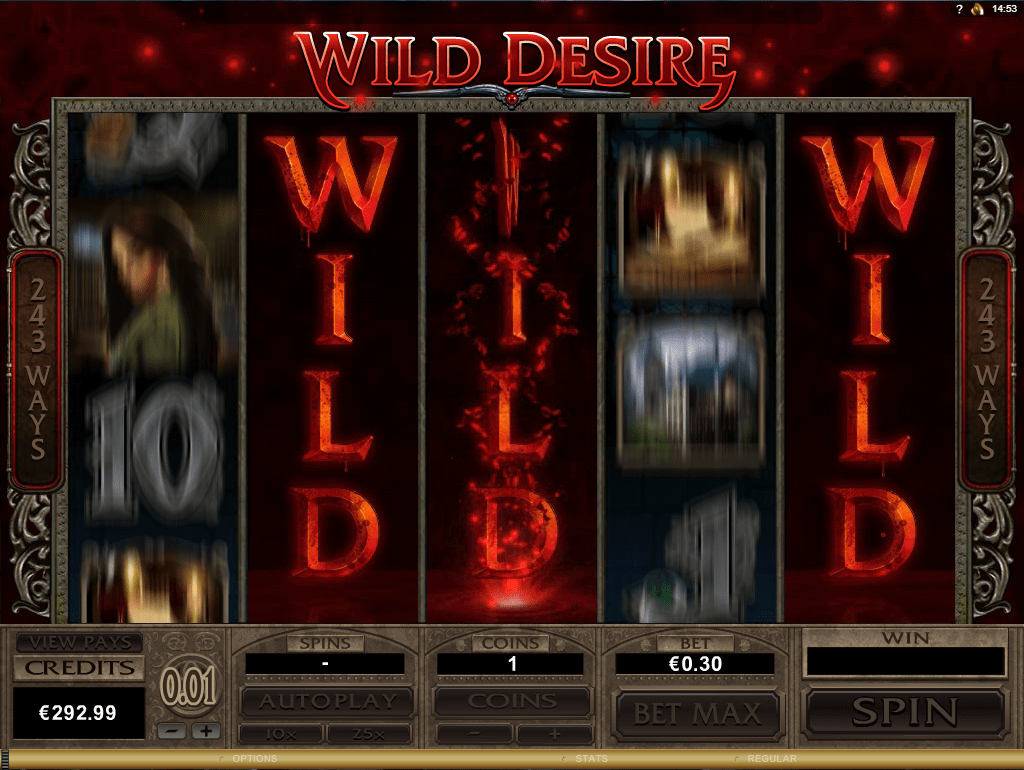 During the main game, the Wild Desire feature is randomly activated.[/caption] 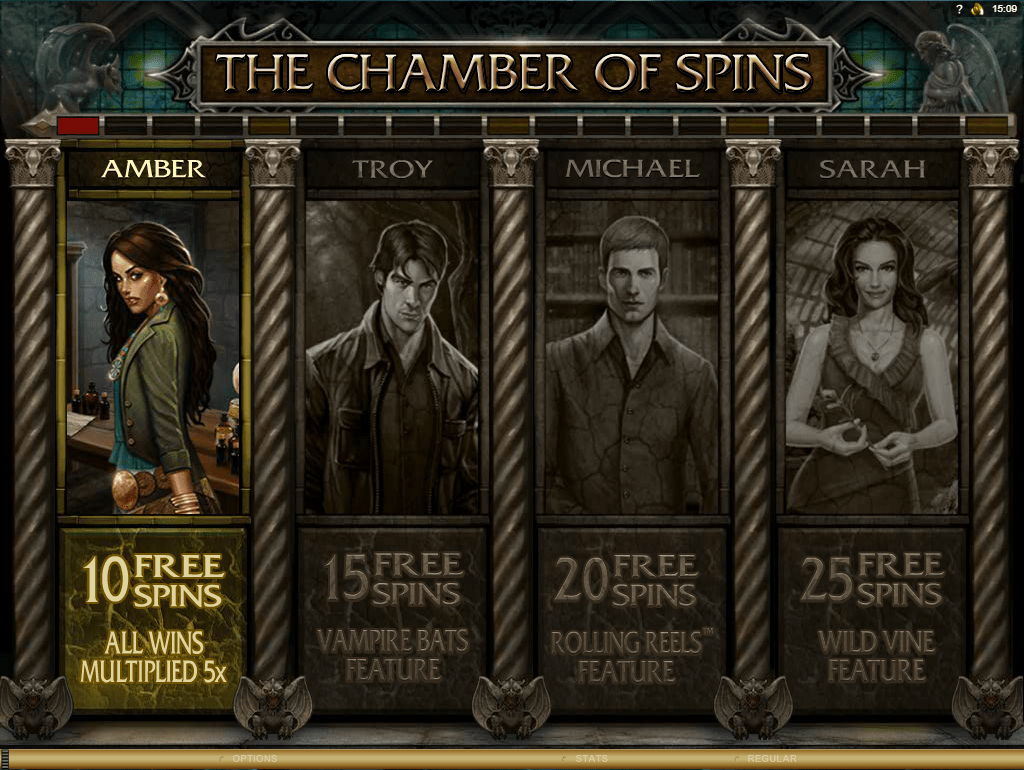 The bonus picker in Immortal Romance is called Chamber of Spins and will enable new features as you progress your game.[/caption] 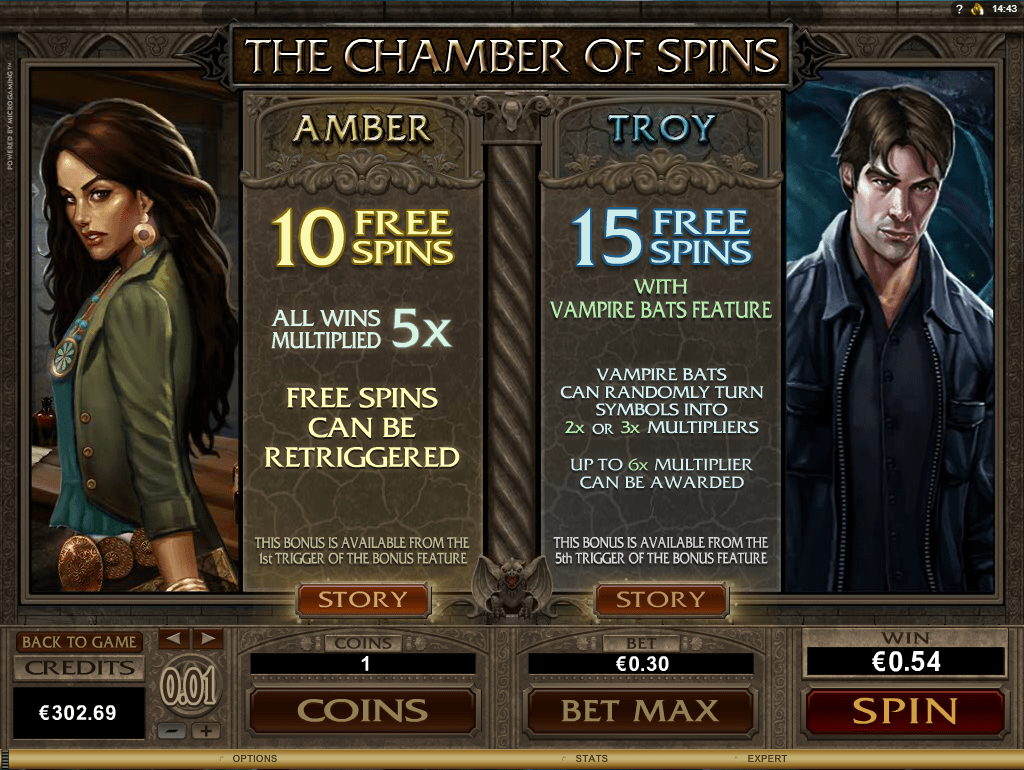 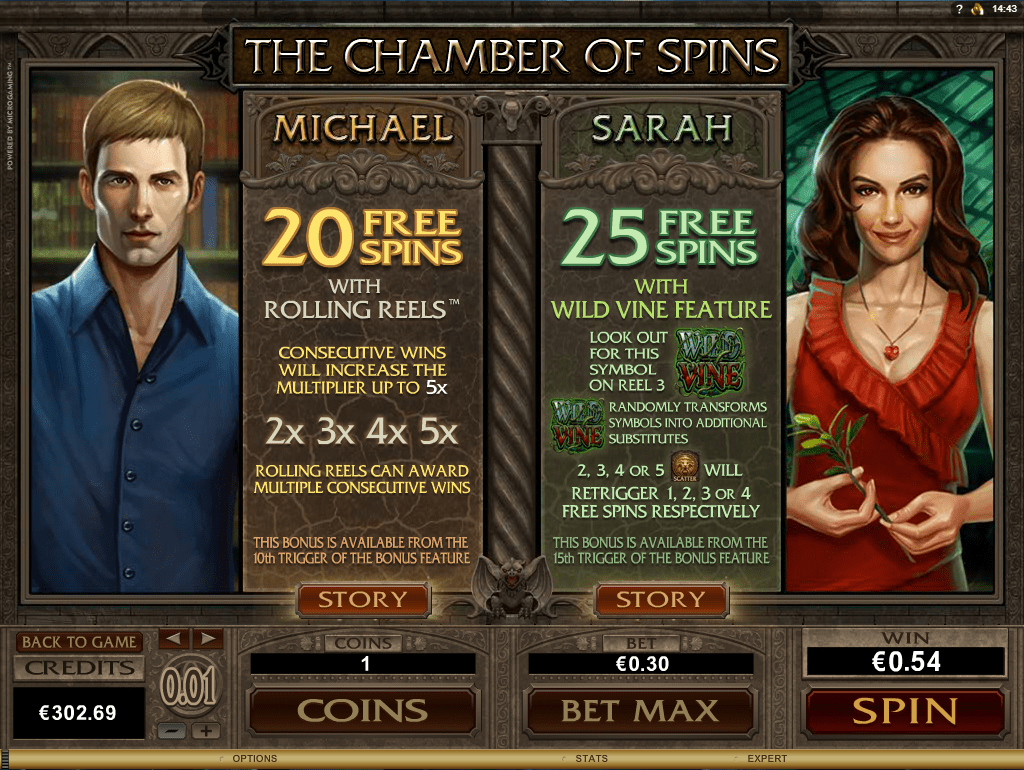 Our Thoughts on Immortal Romance

If there’s one thing Microgaming has nailed in Immortal Romance, it’s features and game progression. We find the progression and level of story in this game to be way beyond what we might have come to expect from slots.

Immortal Romance is not a new slot by any means, but due to its popularity in our community, we thought we should give it a go as well.