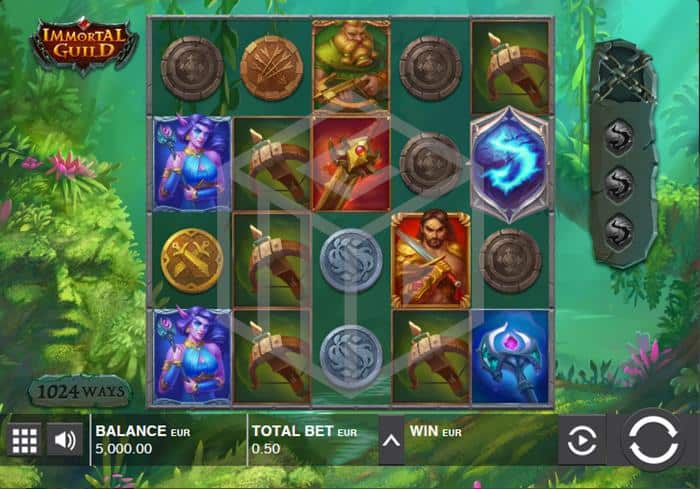 The setting for Immortal Guild is a mystical fantasy forest with lush vegetation all around, animated hanging vines, and a large human-looking face growing out of the base of a tree. The soundtrack is less enchanted forest and more Viking warrior with plenty of sinister drumbeats and chants. The gameboard sits amid the forest, framed with a stone border and translucent reels.

The low-value symbols are represented by coins carved in stone, bronze, silver, and gold. The mid-range symbols take the form of crossbows, wizard staffs, and swords. The high-value symbols are the game's protagonists, the Hunter, the Mage, and the Warrior. The Warrior is the highest paying, earning you 6x the stake for five on adjacent reels. There is also a scatter symbol and a golden, bejeweled lion as the wild (which only appears during free spins).

Immortal Guild benefits from collapsing symbols with multipliers in the base game and a free spin round with transforming wild multipliers. 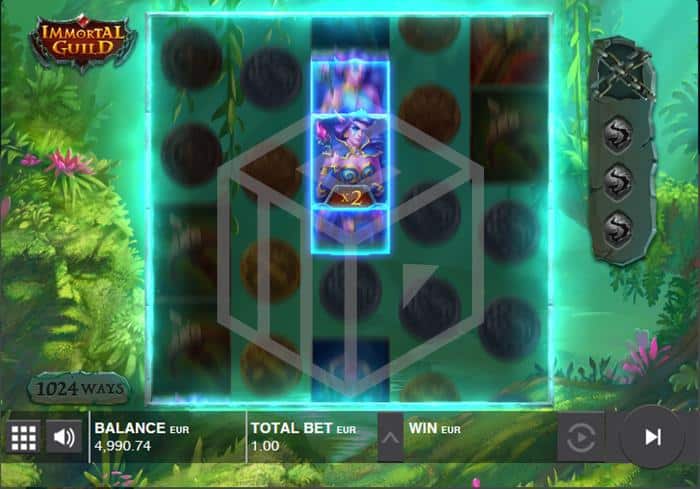 During the base game, if 2+ identical premium symbols land on top of each other on a reel, they will collapse into one, and the equivalent multiplier is added. For example, if three symbols collapsing into one will result in one symbol with a 3x multiplier. New symbols drop to replace the collapsed symbol(s), and a respin occurs with the x3 multiplier remaining sticky. If another identical symbol lands above the 3x symbol, it will also collapse, leaving a 4x multiplier symbol. 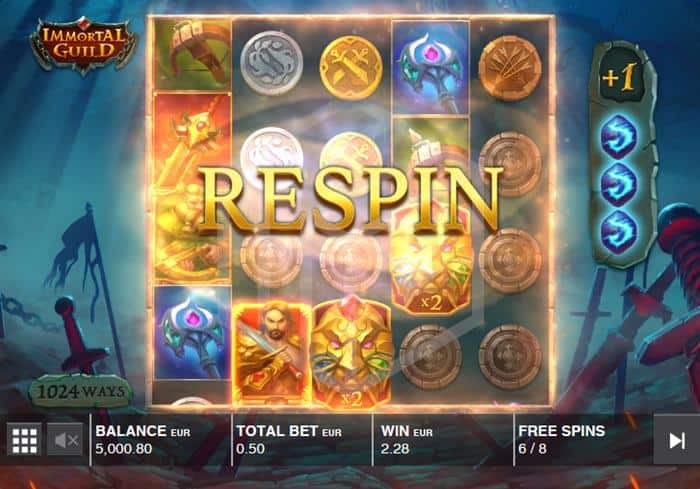 Land scatters on reels 1,3 and 5, and you will be awarded seven free spins. For each scatter which lands during the bonus round, an additional free spin is awarded. The chances of winning during the free spin round are increased by adapting the collapsing symbol mechanic. When symbols collapse into a multiplier, the remaining symbol will turn into a wild, exponentially increasing the win potential.

Our Thoughts on Immortal Guild

Immortal Guild represents another great from Push Gaming, with both the base game and bonus rounds offering big-win potential. Of course, being a high volatility slot, you’ll have to be patient for the big wins. For example, the collapsing symbol feature in the base game more often than not leaves you empty-handed or with a trivial win. However, all it takes is one good set of spins and multipliers, and you stand to cop a huge win. Likewise, in the free spin round, the multipliers and wilds make it possible to land a maximum 50,000x bet size win. Push has added a worthy new title to their portfolio with a nice design, great soundtrack, and enjoyable special features.