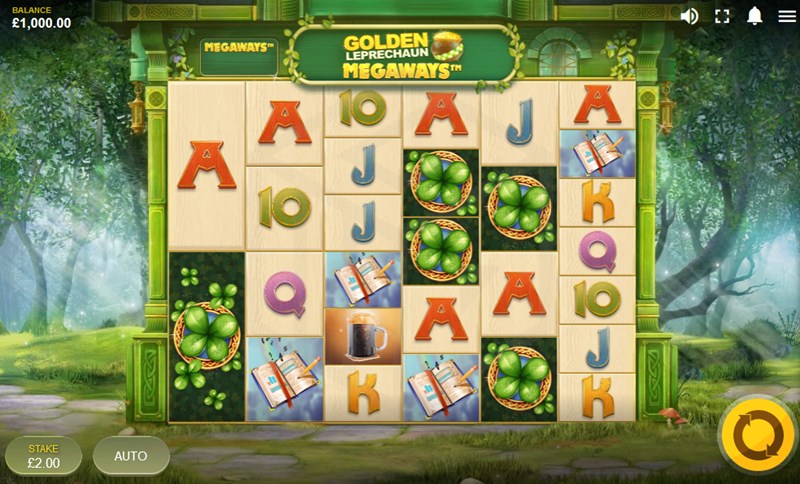 Red Tiger’s designers have done a good job here with excellent artwork and fine detailing the order of the day. As tends to be the way with any slot with an Irish theme, there is plenty of green on display throughout. The setting is an enchanted forest with shards of light coming through the lower branches of the trees onto the grassy forest floor. A stone-paved path passes in front of the gameboard which takes the form of the front of a Leprechauns green wooden house. The reels are designed as light wooden boards on which the symbols sit. Anyone who has played an Irish themed slot will know what to expect from the soundtrack, plenty of up-tempo fiddles and panpipes.

Low-value symbols are the standard royal card values 10-A. High-value symbols are a pint of Guinness, magical notebooks, lucky shamrocks, and winner’s ribbons. The ribbons are the highest paying symbol with 6 adjacent symbols worth 50x the bet size. The wild symbol is a purple book with ‘WILD’ written in gold across its cover. The scatter symbol is a golden square with a large, central blue gem with “LUCKY SPINS” across the front. There are also three mushroom symbols which appear to herald the random activation of a special feature. 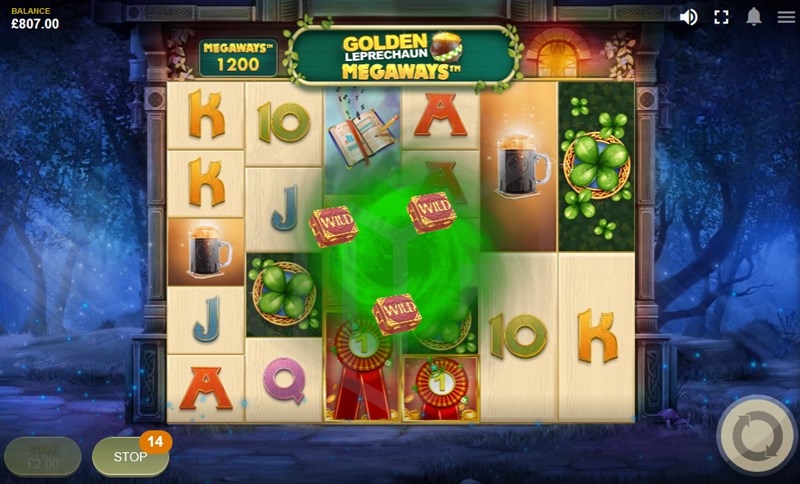 Every so often in base game the Leprechaun will appear beside the gameboard and work his magic. Three mushrooms appear, each containing a random reel modifier. You must pick one to reveal the special feature within. The three features available are; 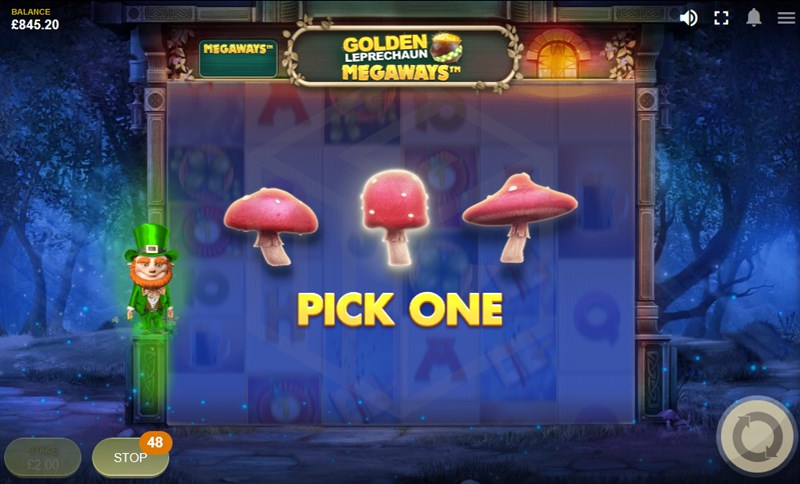 Golden Leprechaun’s free spins are known as Lucky Spins and are triggered by landing 3 or more Lucky Spins scatter symbols. More scatters award more free spins. Before the spins begin you pick a mushroom to reveal one of the previously described reel modifiers which will then be active throughout the bonus round. Landing 3 scatters during free spins adds  5 more spins with a further 5 spins awarded for each scatter above 3.

Our Thoughts on Golden Leprechaun Megaways™

Although there’s nothing particularly new about either the setup or the theme here, this is still a great slot from Red Tiger. The design is top-notch, the potential is great, and the features are hugely entertaining.  The addition of the reel modifiers really sets this game apart from other, similar Megaways™ games, and works well both as a random feature and as a permanent fixture during the free spins round. Also, the volatility is slightly toned down a little from your average Megaways™ slot, which may widen the appeal to reach out to those players who baulk at the swings faced with higher variance games.