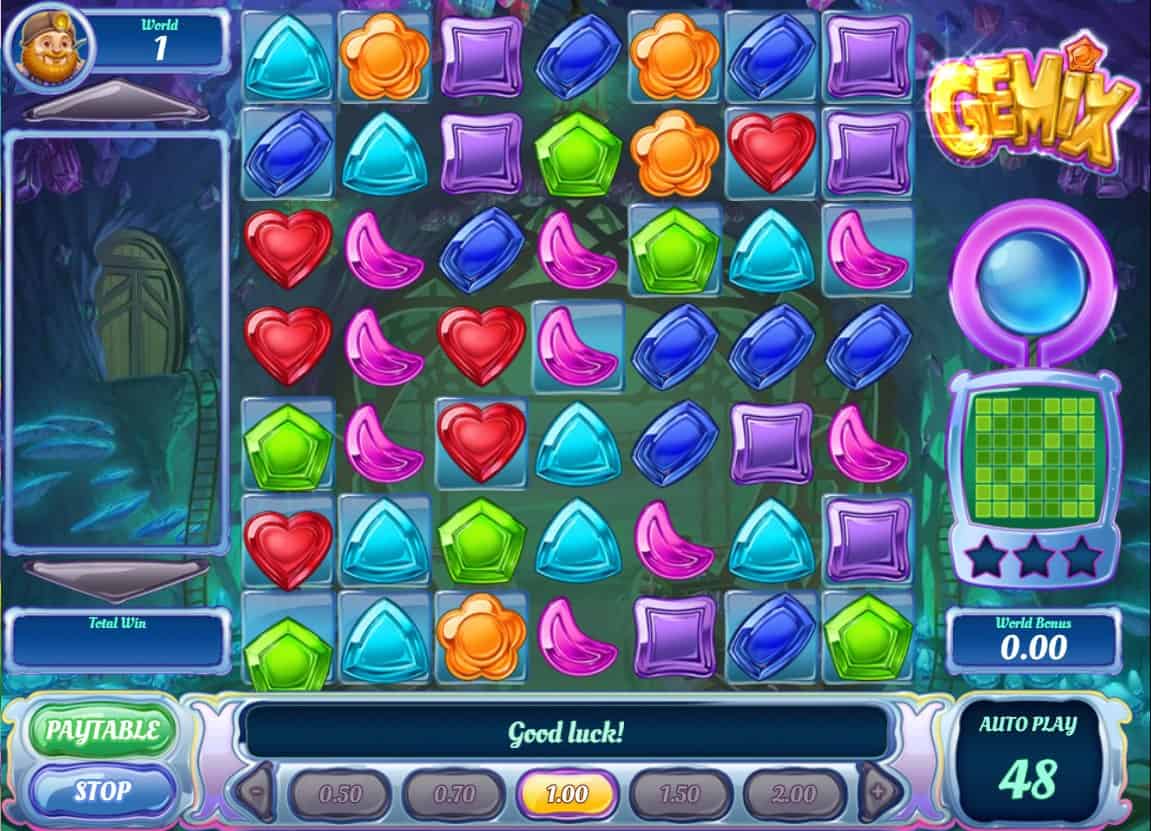 The highest paying symbol in Gemix is the yellow star gem and the lowest paying symbol is the blue square gem. Each world you are taken to changes its background to reflect the life of the main character on your right. The miner will take you to his workplace; the girl will take you to what is probably her palace and the wizard will take you to his library. The gamification aspect of this game is noteworthy in the sense that to move from one level to another, and one world to another, you must complete the patterns on your right. To complete this pattern, you must form winning combinations on the glowing squares and turn them from blue to yellow.

The great thing about special features in Gemix is that they trigger very often. In fact, the special features here are quite similar to those in Reactoonz, with the difference that when fully charged, there is only a 3x multiplier, and two out of four randomly triggered features.

If the winning combos include 20 or more symbols during a spin one of the four random features is triggered.

The wild symbols on Gemix are randomly awarded by one of the three main characters. These characters populate each of the three worlds of the game. To go from one world to the next the player must complete three patterns. When all patterns have been turned yellow the player will advance to the next world. As mentioned, each world has its unique character that randomly awards wilds.

What we liked about the game are the abundantly triggered special features that keep you entertained for a very long time. A combination of all the different worlds, levels and characters kept us quite busy throughout the 20 minutes that we gave Gemix some spins. We did not have that much time to go past level 10 ourselves, but we are hoping that you have more patience than us and can reach a much higher level. If you do, make sure to comment on our forums with what happens once you reach the highest level possible, as we are quite curious to find out. Does the game end? Do you keep on going? Do you win bigger? We’ll wait for you to tell us!