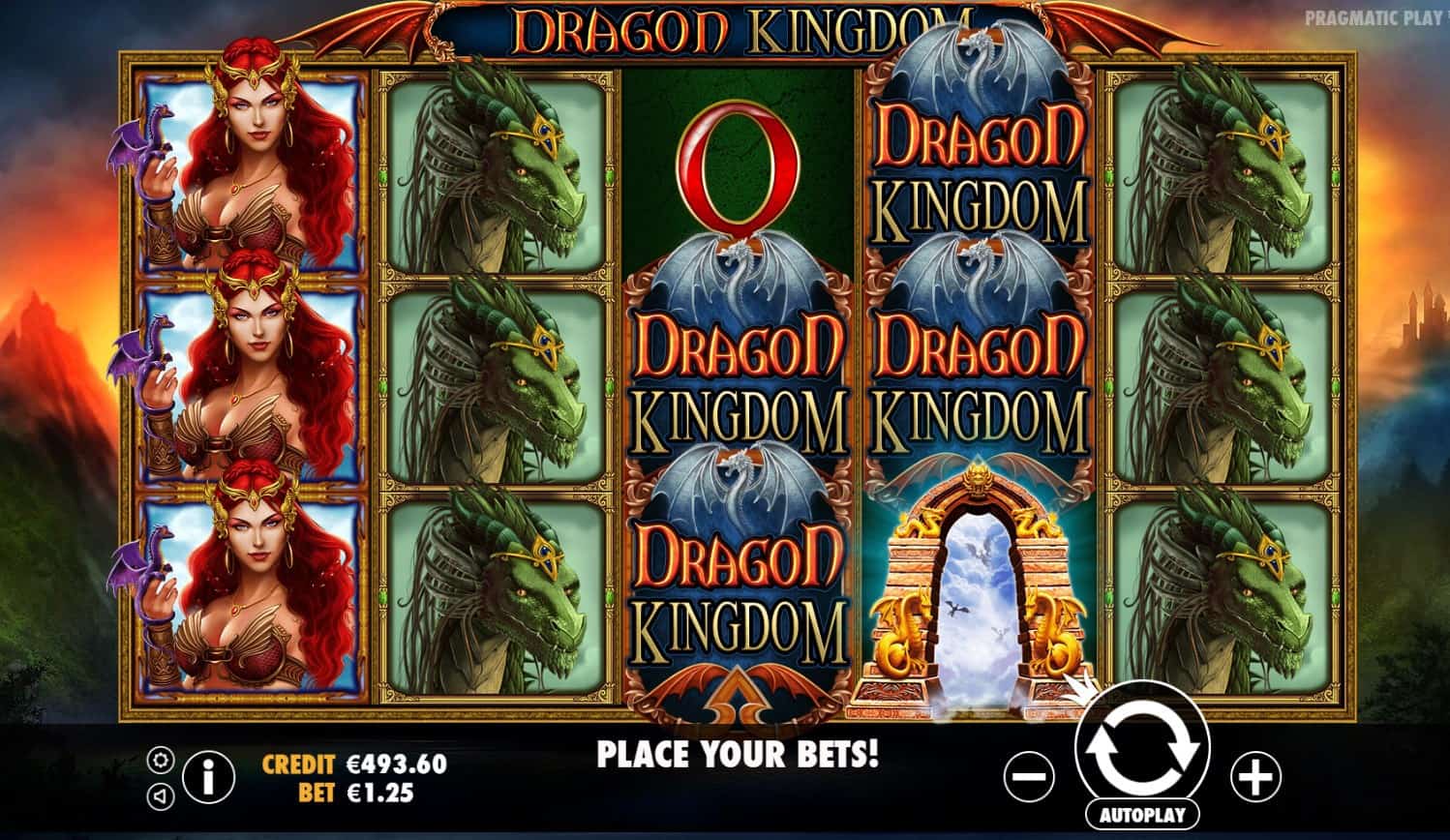 The high-value symbols on the reels are all theme related and feature three differently coloured dragons, as well as a dragon queen as the higher paying symbols. The highest paying symbol here is the wild symbol with the logo Dragon Kingdom merged on it. The J-A make up the lower value symbols. The scatter symbol is a golden gate with the words “Free Spins” written on it. The wild symbol can substitute for all other symbols except the scatter. All symbols, apart from the scatter, can appear stacked on the reels.

Dragon Kingdom has one main free spins feature which is triggered by landing three or more scatter symbols anywhere in view. Prior to the free spins, you are given a bonus picker to choose from. We only got to about three free spin rounds ourselves and we chose the wild, the 5x multiplier and the 3x multiplier.

After triggering the free spins feature, the player will have a bonus picker to choose from, between the four main characters or the wild. Extra stacks of the chosen symbol will be added to the reels for the five awarded free spins. Each one offers a certain multiplier when it is part of a winning combination.

Landing three more scatters during one round will give you another three free spins. There are no limits to the number of Free Spins that can be re-triggered.

Three fire-breathing dragons and their human mother out for battle against all evils. Reminds you of a popular television series, just like it did us? Khaleesi and her three dragons with a hair colour change maybe? The bonus picker prior to the free spins round is a nice addition to the game, and we suggest that you think clearly before making a decision. It all depends on what you are aiming to gain. The wild substitutes all symbols, so you are bound to win more frequently than with any other stacked symbol, but with lower volatility. On the other hand, a 5x multiplier gives a higher potential in each spin; however, you will have a higher possibility to hit it if you choose wilds. All we can say here is, think and pick wisely. All in all, Dragon Kingdom is a nice game for beginners who want to try out a themed slot.