Red Tiger has treated us to some great design work here. The setting is a dark and spooky library with a row of books with human skulls as bookends. The floating gameboard hovers above a central aisle which bisects the library, leading down even further into the darkness. A large glowing red circle on the library floor contains the Devil's Number '666'. To the left of the gameboard is a bust of Baphomet, the image of the devil in many Tarot designs. An ominous drum led refrain loops hauntingly throughout gameplay. The comic book ‘gothic horror’ artwork is superb. I couldn't help but notice that the library scene wouldn’t look out of place in a Scooby-Doo mystery! 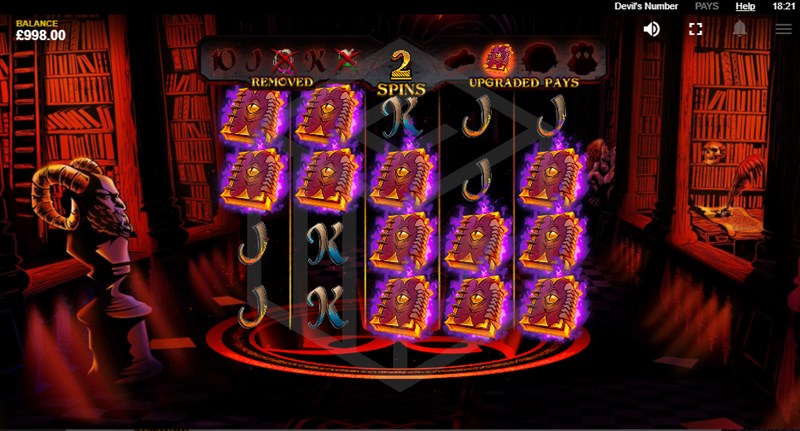 Mark of the Beast Bonuses

When the Mark of the Beast randomly activates after a winning combination of lower value symbols, all symbols which form a part of that win are removed and are replaced by symbols cascading from above. This may or may not result in a further win from new combinations. 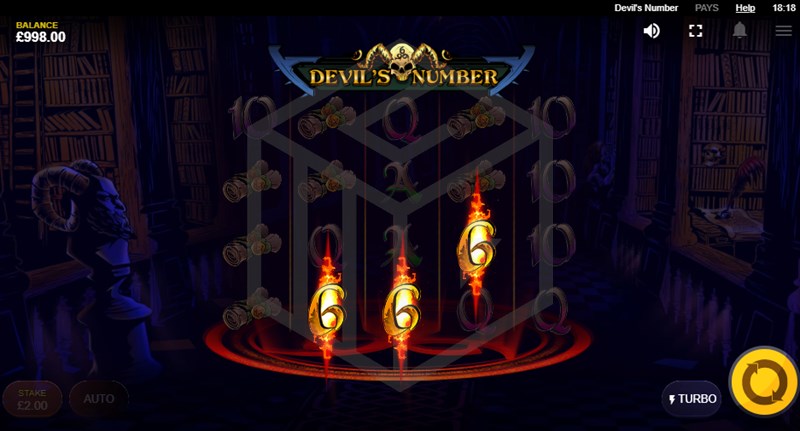 As previously noted, free spins are triggered by landing golden 9’s on reels 2, 3, and 4. The reason for the use of 9 as the scatter then becomes clear as the 9’s revolve to become three 6’s.

Three 6’s awards 12 free spins. The first win landed from any high paying symbol pays normally. Subsequent wins containing those symbols pay at an upgraded rate. After a lower value win, those symbols are removed from play for the remainder of the free spins. The cascading symbols feature comes into play after the first of any low-value symbol win during free spins.

I found Devil’s Number to be a thoroughly enjoyable release from Red Tiger; a great addition to their increasingly impressive video slots library.

The game looks great, has decent-paying features, but - the 2,500x maximum win's a little low for a relatively high variance game. However, it would appear that Red Tiger was happy to trade a little of that variance to allow for better wins during standard play – and that’s no bad thing.