How to win big in Blinged – Win Spins 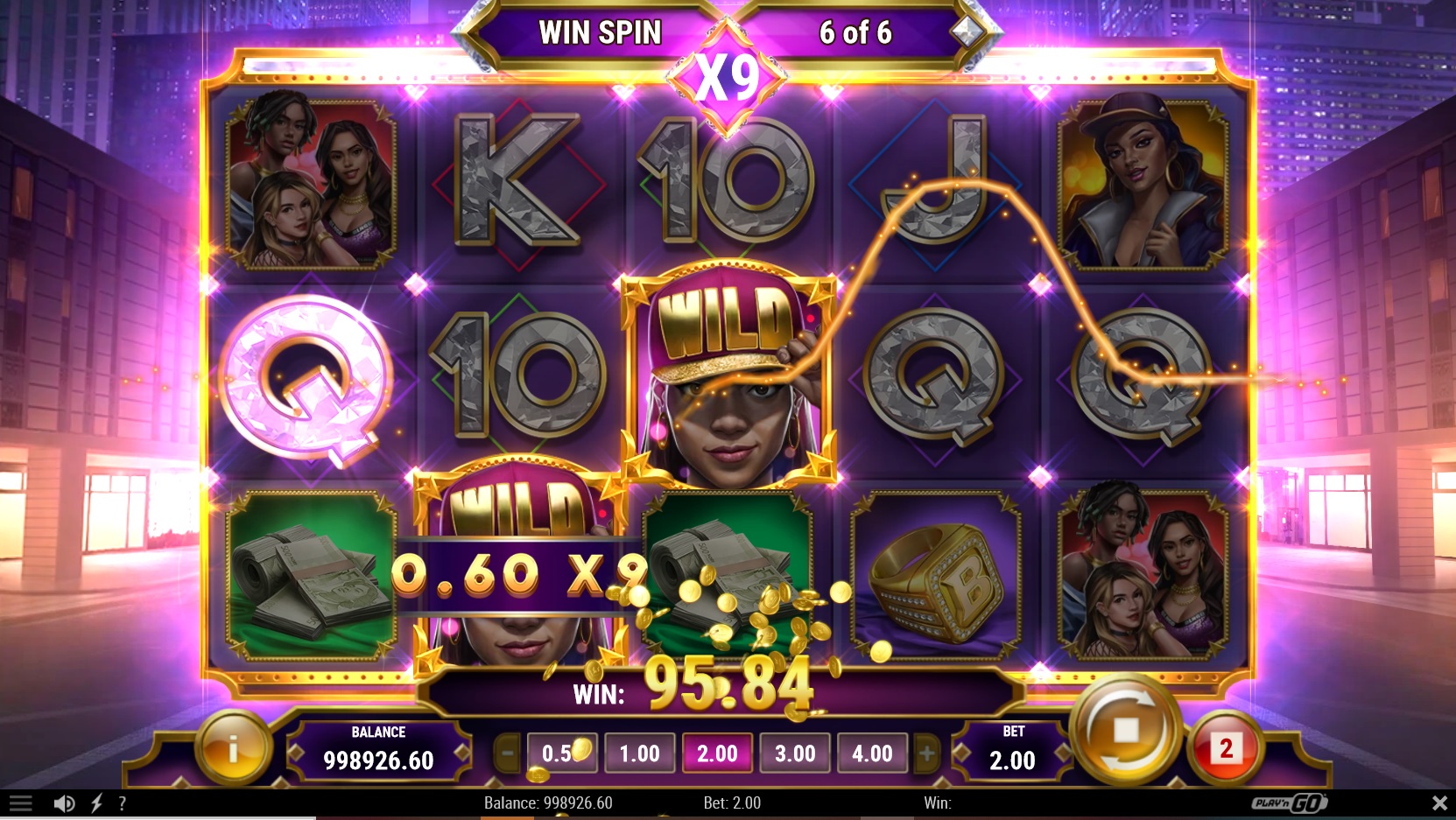 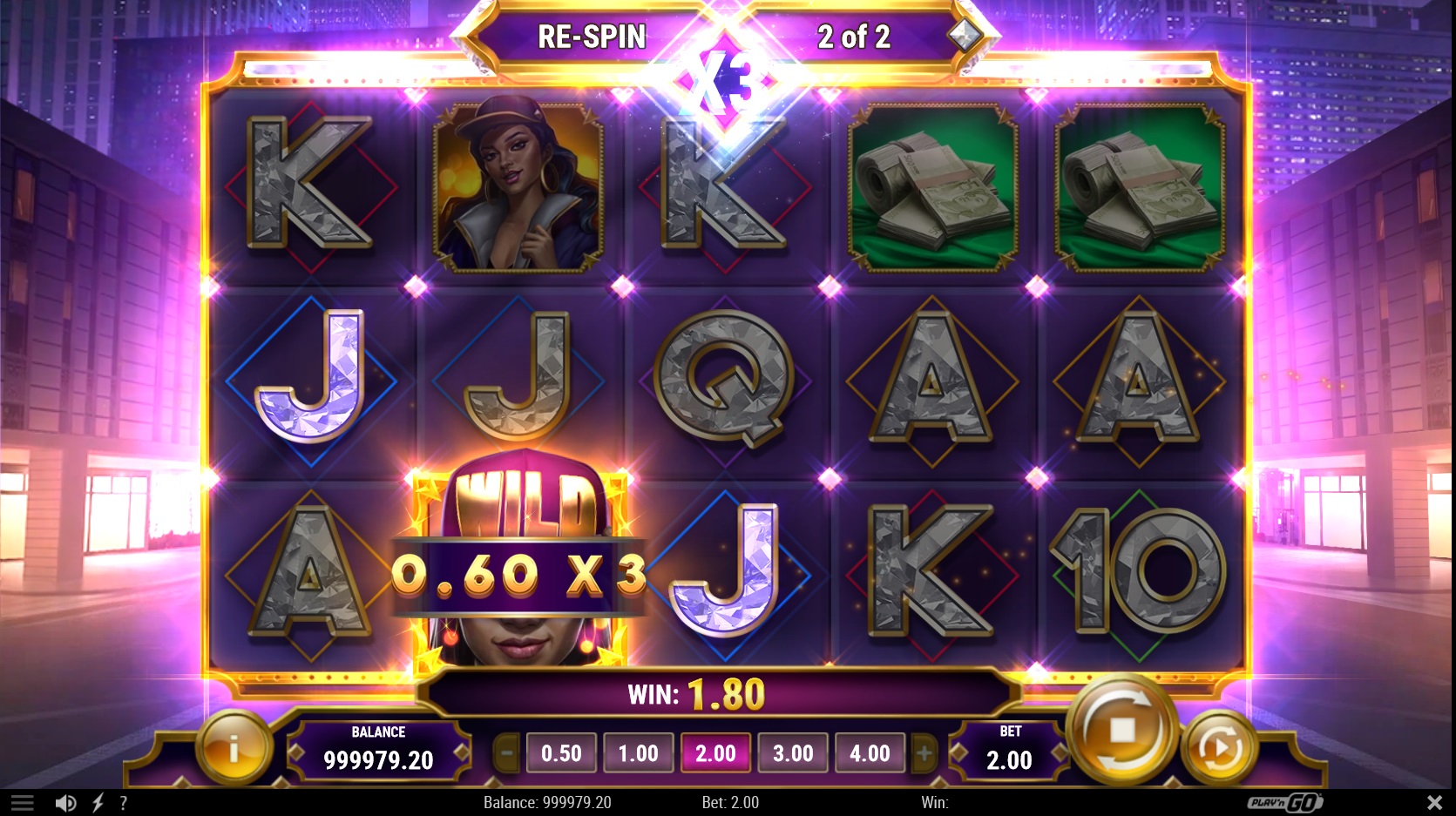 Essentially, this is the same feature as Wins Spins, the only difference being that only 2 Diamond scatters are required to trigger it, and you are only awarded 1 Win Spin. Nonetheless, the same rules apply. Namely that landing a Diamond scatter during the bonus adds another Win Spin. Also, for each non-winning spin or respin, the win multiplier increases by 1x. ! 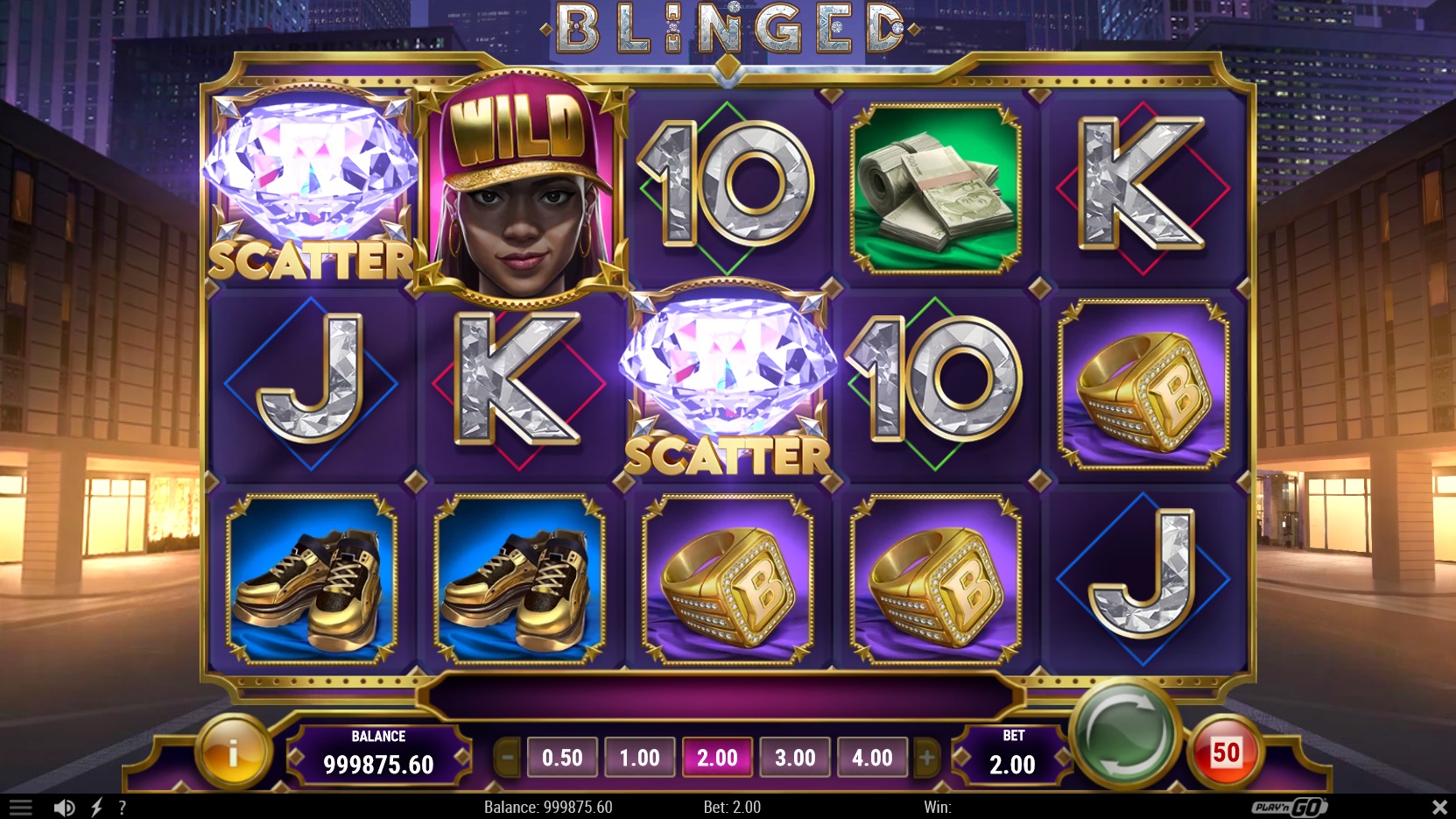 Look and Feel of Blinged

As previously mentioned, the stylings of Blinged owe a lot to those on display in Pimped and, to a lesser extent, That’s Rich. Back are the sleek and sophisticated ladies, although this time it’s hip-hop chic rather than Gangsta Rap (Pimped) or Fashionista chic (That’s Rich). Set at night time in an urban metropolis with high-rise towers, this is an area flush with cash for those who willing to do what it takes to get it. ‘Getting it’ here are the four members of a female hip-hop collective, and the symbols represent them and their preferred ‘swag’.

Diamond encrusted A-10 royals make up the lows, with dollar bills, gold and black sneakers, a blinged-up gold ring, three members of the band, and (presumably) the lead singer as the most valuable single. See below for their relative values.

This game isn’t as volatile as its predecessors, neither is its maximum win as high (5,000x vs 10,000x). Nevertheless, it is still a very playable game, in part due to the smaller Win Spin feature. Requiring only 2 Diamond scatters, this feature triggers often enough to keep the game interesting. It may be time to put this particular series to bed before the permutations and variations of the predominant Win Spins feature are fully exhausted. However, Blinged is a worthy end to a fine trilogy.