How to win big in Beetlejuice Megaways – Free Spins

In order to land the big wins in this slot, you will first need to trigger the free spins feature. This is done by landing 3, 4 or 5 scatter symbols, which will reward you with 8, 12 or 16 free spins respectively. At the same time, you will be getting an x1 multiplier in order to help boost your wins. This multiplier is the key to win big as it will continue to increase by 1 with every cascade you spin. The multiplier is, in fact, unlimited throughout the entire free spins round.

The Ghost feature is a pretty entertaining feature where you will be seeing ghost symbols landing on the reels before any other symbols are shown. After this, they will have the ability to be transformed into any symbol of the same type. In other words, they work similarly to wilds but use the cascading feature at the same time.

Another feature is the Mighty Ways feature where if the symbols on the top half of the reel set create a win, then the top half section will open up. This will allow up to 12 symbols to appear on each reel, meaning you will be playing with up to 248 832 ways to win.

Look and Feel of Beetlejuice Megaways

Just as expected, Beetlejuice Megaways is as colourful and weird as you would expect from a slot inspired by the cult classic with the same title. Of course, you will be seeing Beetlejuice himself standing to the side of the reel set, while the background of the game is eerie as ever with purple and pink hazy colours and curly purple tails in every corner. To top it all off, you will also be hearing the original soundtrack. 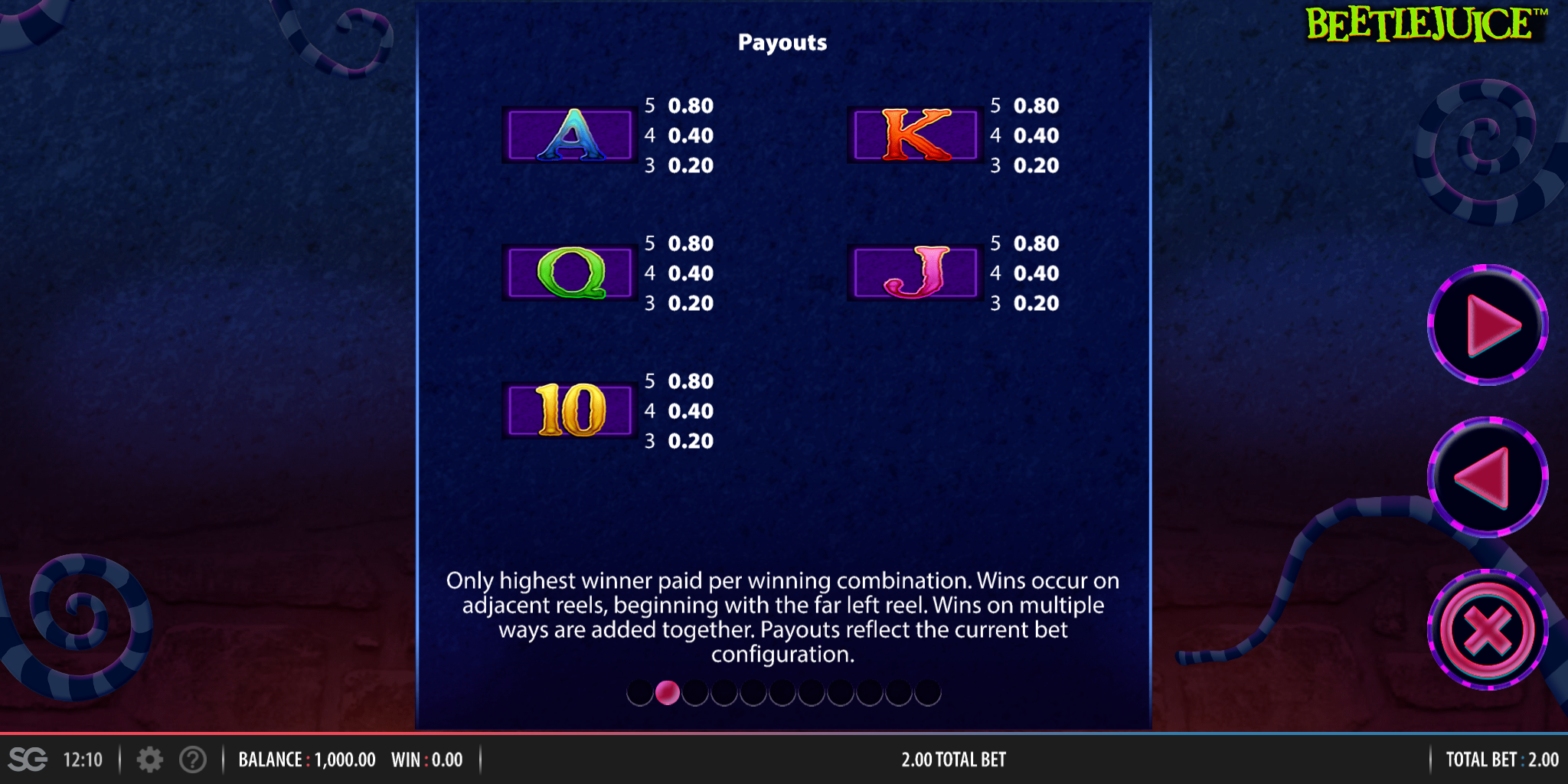 The symbols include the standard 10, J, Q, K and A royals in various colours. 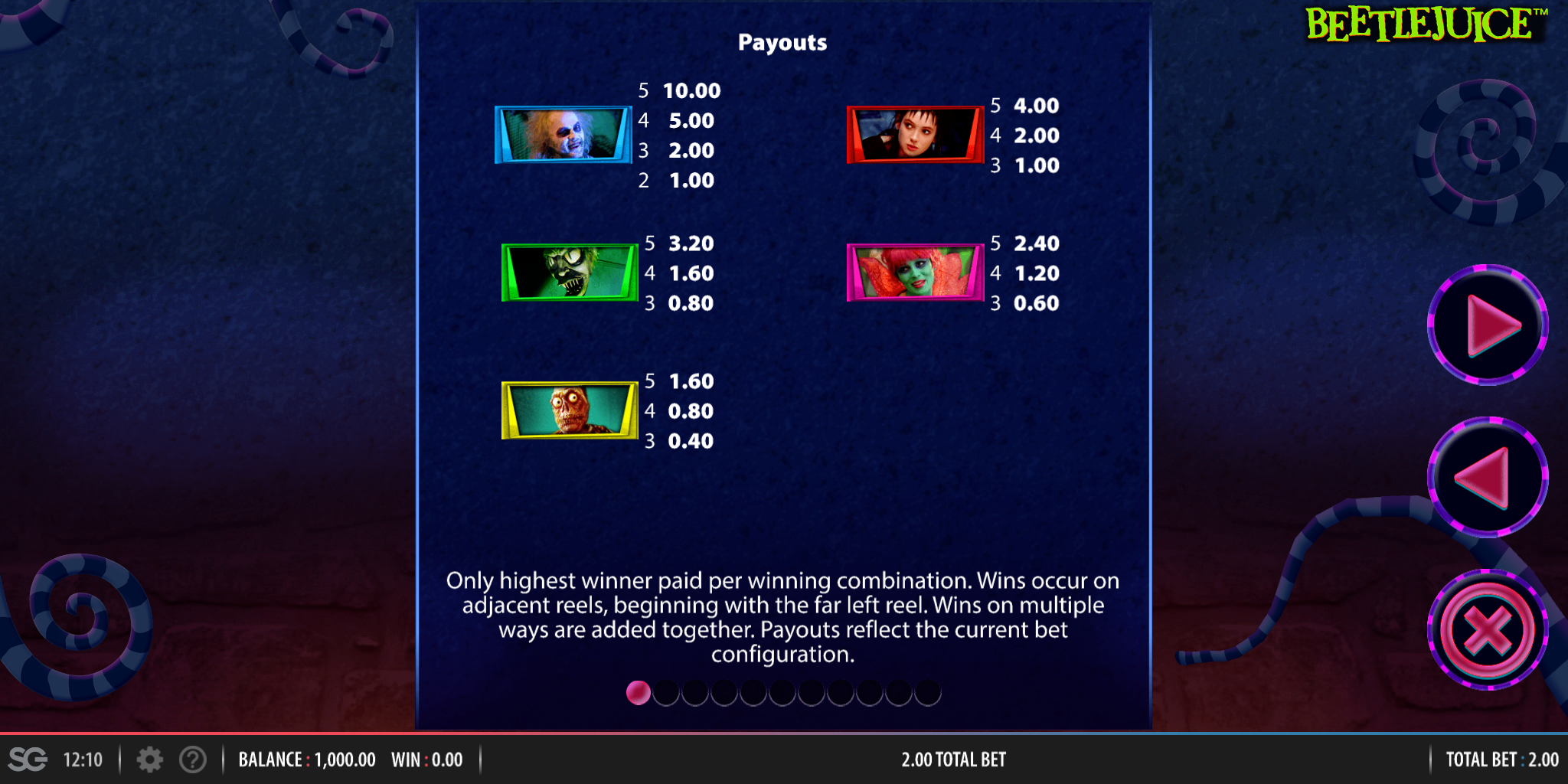 The high-value symbols, of course, consist of Shrunken Head, snake, Lydia, Miss Argentina and Beetlejuice himself. Beetlejuice is the highest valued symbol.