A few weeks ago we brought you a selection of the highest recorded wins from NetEnt’s 2019 blockbuster slot, Dead or Alive 2. If you recall, there were some pretty sensational numbers delivered – and all of those clips were recorded within just 30 days of the slot’s release. Now, three months on we’re delighted to bring you another collection of staggering wins from this insanely volatile beast. So grab your popcorn, shut off the TV, and relax with 20 minutes of slot heaven!

Unusually for these videos the first of our clips today doesn’t feature the highest variance “High Noon Saloon” free spins round. It’s back to the good Old Saloon Free Spins, which mirrors the free spins round from the original Dead or Alive. These spins may not be as volatile as High Noon Saloon’s but they are still pretty damn volatile which means that if you catch the right side of that volatility you’re on for a big payday. That’s exactly what happens to CasinoGrounds favourite, Nickslots, who is playing here at £0.90 a spin.

After choosing Old Saloon Spins (where all wins are paid double) it takes Nick just 5 (of the 12) spins to earn 5 additional spins by landing a wild on every reel. Not only that, but all the wilds connect to form a wild line, which then pays out big for each remaining spin. By the conclusion of his free spins Nickslots total bonus round win reaches £4,068.60, equating to a 4,521x his bet size.

Clip 2 brings us back to familiar territory when it comes to mega wins on DOA2, free spins at High Noon Saloon, the most volatile spins of them all. Tinarion_immo is playing for £1.80 a spin when he triggers his 12 free spins. It takes him a little longer than Nickslots to fill a wild line; in fact he only has 2 free spins left. However, the additional spins certainly pay dividends, especially as with 4 spins remaining (and with 2 wilds on the first reel with 2x multipliers already in place) a second wild line is completed. Not only does a second wild line complete, but also the 5th reel lands a second wild making both wilds on that reel a 2x multiplier. As a result the final four spins each add between £2-£2.5k to his total win, which ends up at £15,115.60 or 8,398x his initial bet size.

Playing at just £0.18 a spin DaVeThErAvE6 probably didn’t expect to win thousands of pounds from his stint at the online slots. However, playing DOA2 anything can happen. After choosing the high variance High Noon Saloon Free Spins for his bonus round Dave picks up the wild symbols at a frantic rate. By the time all 5 reels have a wild symbol, three of the reels already have 2 wilds with 2x multipliers. This means that Dave has 8 very profitable spins on his hands. These wins become even more profitable when another reel adds a second wild which both become 2x multipliers, and reel 1 fills all three spots with wilds, which all become 3x. A couple of extremely good spins with premium symbols just add icing to this delicious win, which finishes up at £2,001, equating to a win of 11,117x the bet size.

Jenzer11 leaves it to the 12th and final High Noon Saloon free spin before all five reels have a sticky wild in place. By this time reels 2 and 5 both have two 2x wild multipliers so the extra 5 free spins are bound to pay dividends. Those dividends only increase when the first two additional free spins result in two more wilds and two more reels with 2x multipliers. Playing at just SEK 0.9 (€0.09) a spin, those final 4 free spins earned around SEK 2,500 (€230) each, resulting in a final tally of SEK 13,049 (€1,214), a very nice win of 14,499x the price of a spin.

It’s more of the same from Piccollogaming here, another low stakes grinder (playing at just €0.09) taking home a big payday with High Noon Saloon once again delivering the goods. It takes a while for Piccollo to fill all five reels with wilds but the deed is done with 4 spins remaining, and with one reel containing two 2x multipliers. Over the course of the next 9 spins (the remaining 4 plus the additional 5 spins for getting a wild on all five reels) Piccollo manages to add another reel with two wilds with 2x multiplier as well as filling the 5th reel with 3x multipliers. In fact this lucky streamer has a full 6 spins with all these multipliers in place. As such it’s no wonder he opines on his stream that this win might get him a spot on a CasinoGrounds big wins compilation. Quite rightly milking this legendary win for everything its worth Piccollogaming lets these big wins rack up for some time before speeding up the counting up process to get on with his bonus round. Eventually his free spins come to an end with his bank balance having increased by £1,499 – that’s 16,655x his bet size.

With 4 High Noon Saloon spins remaining BigWinPictures finally lands a wild on every reel, including two 2x wilds on the middle reel. One spin later two more reels earn their second wilds, and after two more spins a fourth reel joins the 2x wild multiplier club. This particular spin not only adds a 4th double 2x wild, but also creates more fully wild lines. Playing at €0.90 a spin, this results in the last 6 free spins each adding between £2,500-£3,000 to the feature winnings. At the end of the bonus round BigWinPictures took away £17,669.70. In other words BWP can boast a win of 19,632x their bet size.

This clip is the first of our compilation which is recorded at short notice on a hand held device. We join the action at just as Elkscanplay, playing at £0.09 a spin, earns 5 additional free spins with two reels already showing two 2x multiplier wilds. In total this player has 9 free spins to earn a healthy amount of profit. The profit potential only increases when after just two more spins another 2 reels add their second multipliers. With 7 full spins and all those multipliers it’s just as well Elkscanplay recorded his win as it was bound to be a biggie. Those seven spins net an average of 2,800x the bet size. By the end of the High Noon Saloon spins Elkscanplay’s bonus win reached £2,217 – a not inconsiderable 24,633x the bet size.

Playing at £0.45 a spin GodSaveTheQQ’s day is made exactly halfway through his High Noon Saloon round of free spins when he completes two wild lines when a wild lands at the bottom of reel 3. Not only this but this spin adds a further two 2x wild reel win multipliers, making three in total. Until this spin, GSTQ’s win total sat at just over £6, by the end of the spin it was up to £1,290. Each win from then on adds between £1,200 and £1,300 a pop. In fact, on the very last spin the 5th reel adds a 3rd wild, increasing every symbol to a 3x wild win multiplier and leading to a £2,000 spin. This truly epic bonus round finished with a £14,456.70 windfall, worth (32,126x) the bet size.

There isn’t much to this clip as we only see the very final spin courtesy of a last minute hand-held recording by player Nicola. What we can make out is that Nicola is playing for just £0.18 a spin and that she had already accumulated several completely wild lines. Furthermore, reels 1 and 3 have two 2x wild multipliers and reel 5 has three 3x multipliers. After that final spin the winning total is £5,792, or in other words 32,177x the bet size.

Our final entry once again only reveals the final few spins, but boy, they are some very, VERY big spins! Playing at just €0.09 a spin Jucepi91 has already used most of his High Noon Saloon spins, with just half a dozen left when we join the action. By this time reels 2, 3, and 4 all have two 2x wild multipliers and reel 5 has three 3x multipliers. The next five spins all yield between 8,000-10,000x the bet size. On the second last spin the second reel fills up with 3x wild multipliers resulting in 2 spins adding almost 30,000x the bet size between them. From just a €0.09 spin Jucepi91’s bonus round total reaches a massive €7,598, equivalent to a phenomenal 100,641x the bet size. 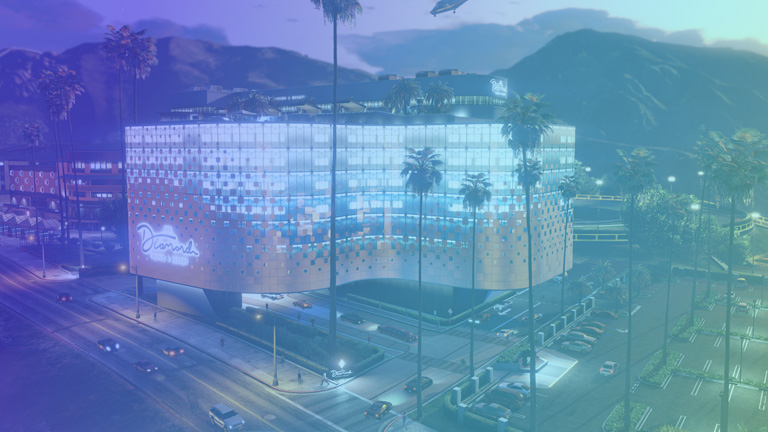 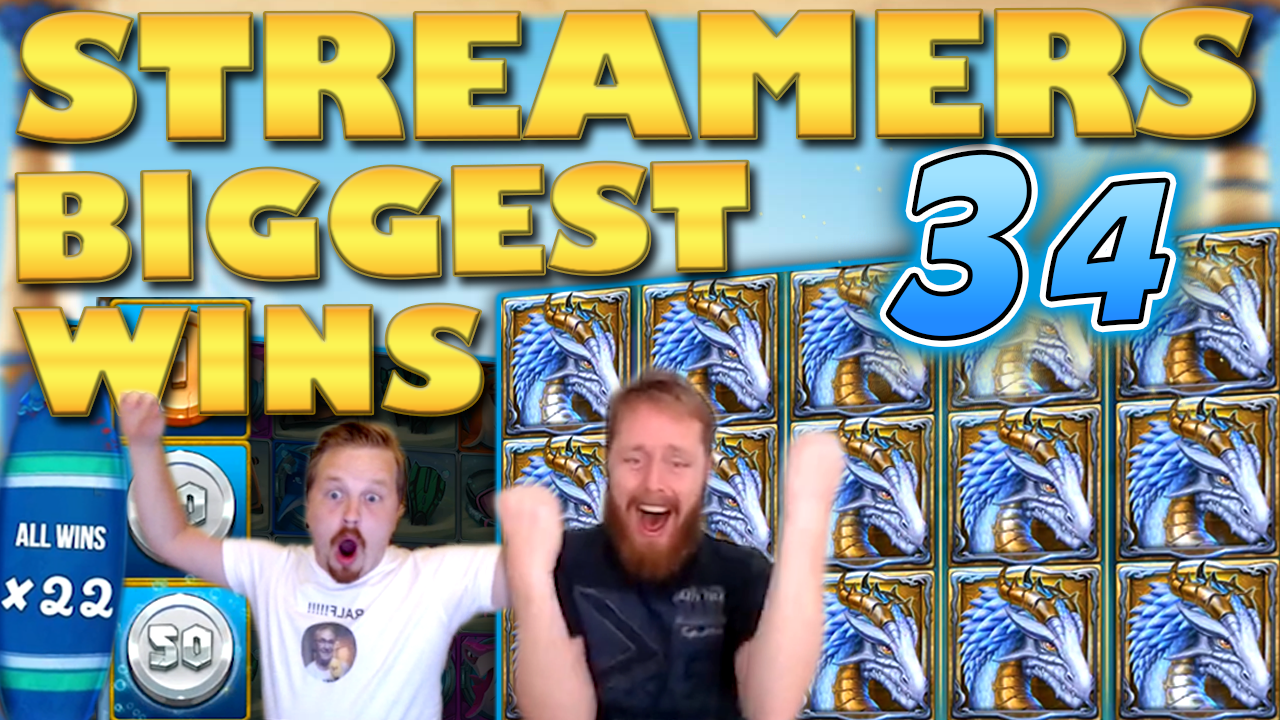