Monopoly Live by Evolution Gaming is a casino game show that combines a giant wheel of fortune and MONOPOLY; a board game from Hasbro first released in 1935. Your aim in this money wheel game is to bet on one or several of the 6 betting sections, according to which one you think the flapper will stop once the wheel comes to a halt. 4 of which pays cash, and 2 of which takes you to the Virtual, 3d MONOPOLY bonus game where you literally roll the dice.

Here’s a quick overview of the features and other properties that’s specific to the MONOPOLY Live game show. This is the game that brought Evolution Gaming EGR and Gaming Intelligence’s “Game of the Year”-awards in 2019 and 2020.

Half of these sections are represented by the numbers

Payouts: The payouts in MONOPOLY Live depends on whether or not you land on a straight number, 2, or 4 rolls (with or without multiplier(s). The max amount of money you can win playing MONOPOLY Live is capped at €500.000 (or currency equivalent).

Spin history, including the latest top multipliers, chance and board move statistics, rolls and other MONOPOLY Live stats are being tracked 24/7 on CasinoScores 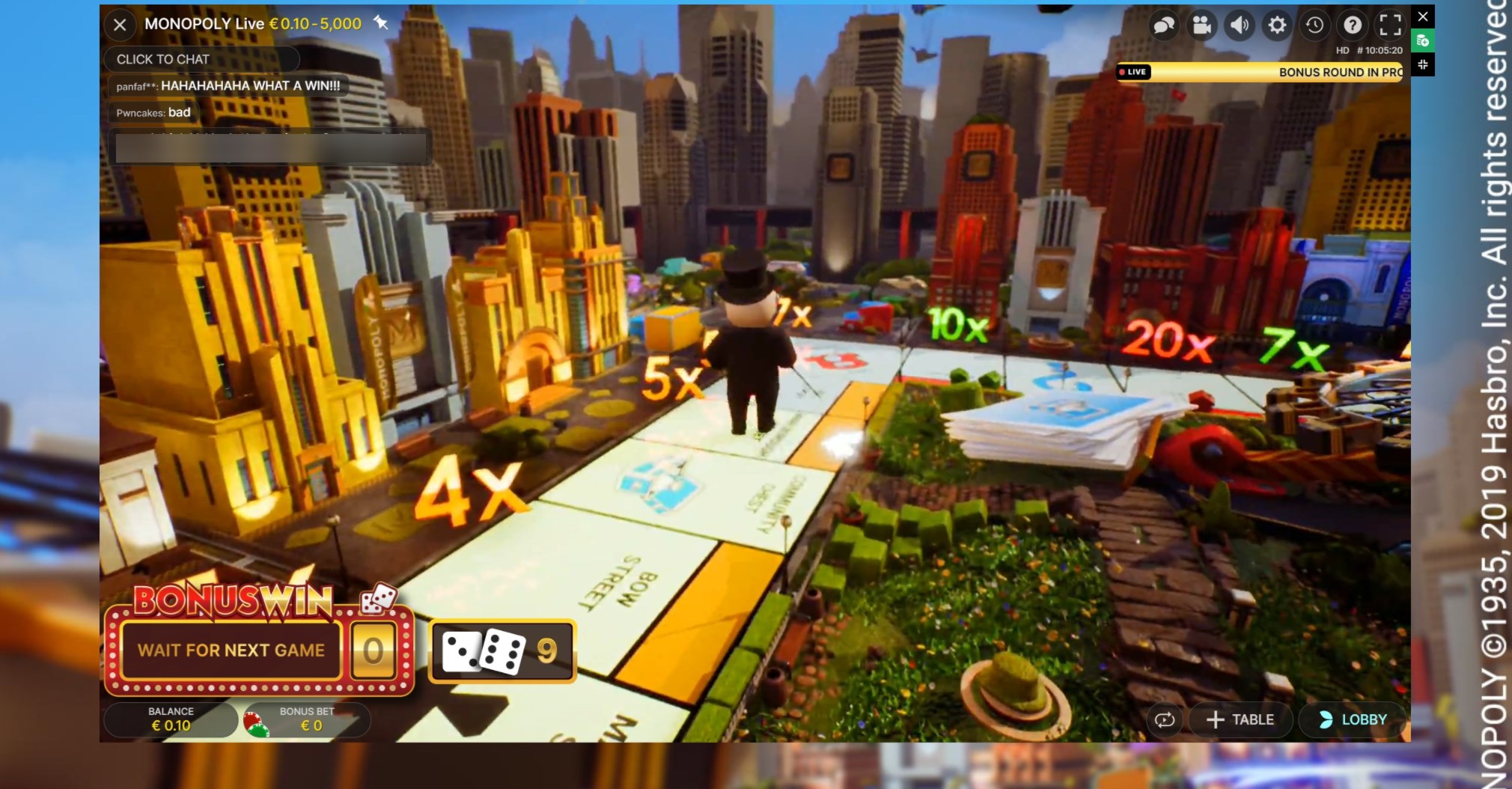 In MONOPOLY Live there are 4 different sections on the money wheel that can trigger the bonus game; 3 of which has a 5.55% chance of giving you two rolls, and 1 with its’ 1.86% chance of landing you four rolls.

The bonus game is based on the actual board game, where dice rolls determine where you’ll go. The fields are represented by various MONOPOLY Board Game elements such as GO, Chance, Community Chest, houses, hotels, Jail, Super Tax, and of course complete with prizes, and multipliers.