Fan Tan is a live casino game created by Evolution Gaming and a great addition to their live game selection. This one happens to be based on an ancient and extremely popular Chinese game where players will have to bet on what the remaining count is once a random selection of counters or beads will be sorted into groups of 4. Should you manage to predict the correct number, you will win the game. Fan Tan happens to date all the way back to the third century and Evolution Gaming have done their best to create this online version as close to the original still being played in Asian casinos as possible. This is however a luck-based game, so while it's important to get to know the rules of the game properly, there are no strategies as such to affect your chances of winning.

We have created an overview of all the specific features in the Fan Tan game created by Evolution Gaming.

How To Play Fan Tan

The game will be played with a glass dome, a cup and a bamboo stick as props. In each round, you will start off with the host drawing a random number of beads from the dome with the metal cup and then placing them onto the table. 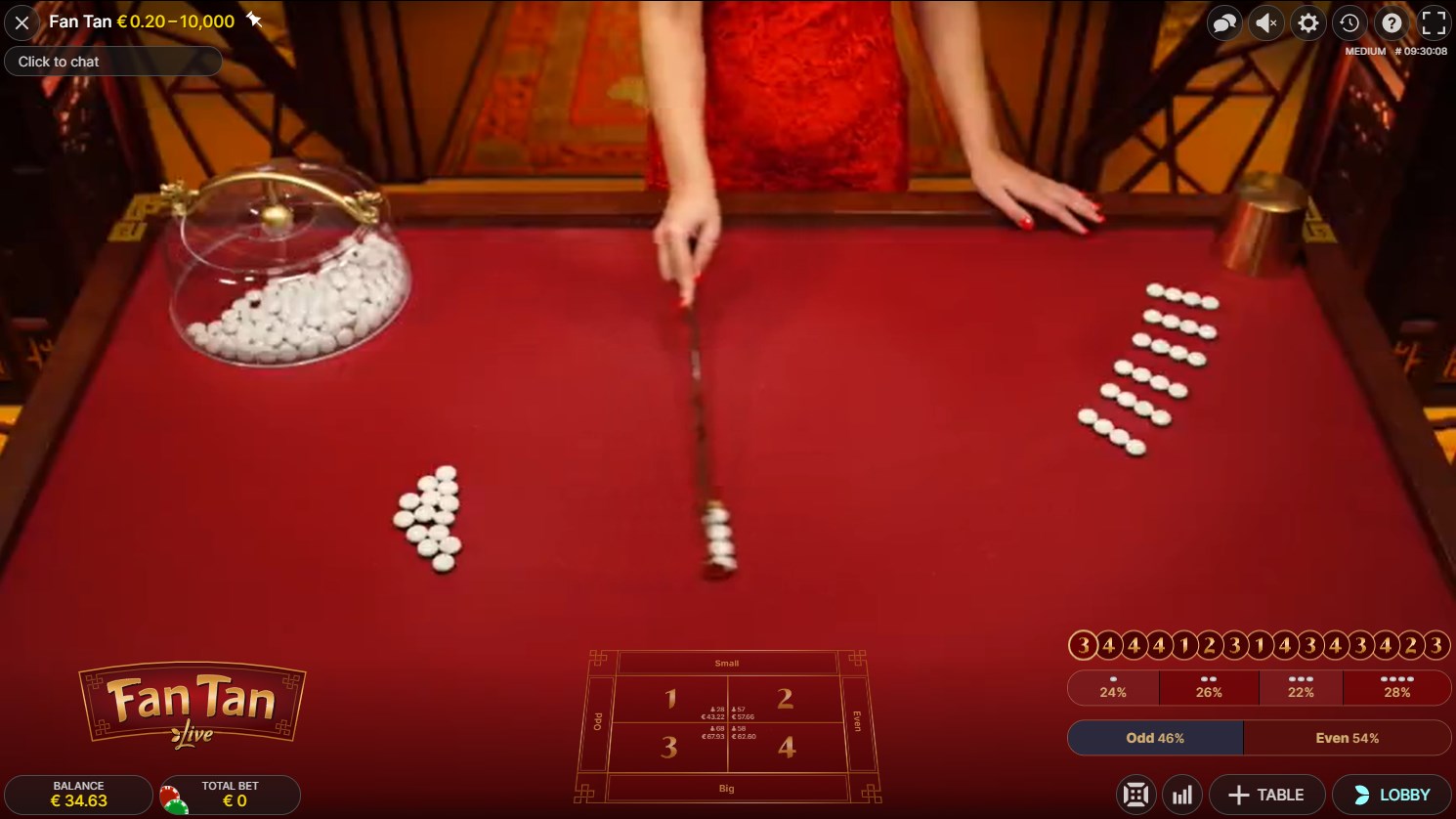 A stick will then be used to start separating the beads into groups of four. The process will continue until only the final beads remain on the table, where you will have had to predict the number of remaining beads in order to win. 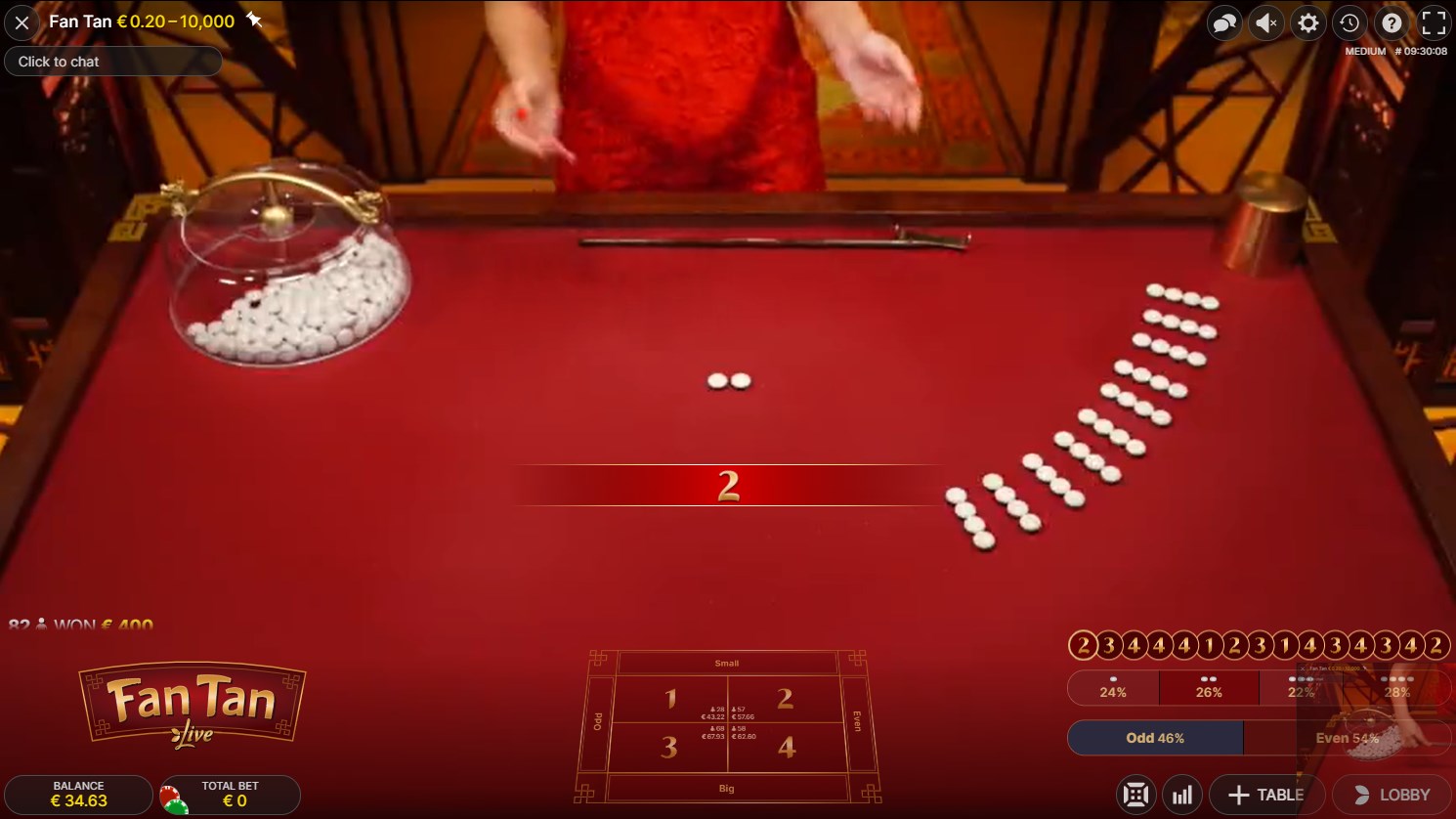 You can predict one, two, three or four remaining beads and your choice will of course be reflected in the wagers you would have placed in standard or advanced mode. By predicting the number of remaining beads, this will be the easiest and also the most rewarding wager possible and is known as the Fan bet.

Additional wagers are also of course available as you can choose to bet on Big/Small or Odd/Even from the standard mode. Small will pay if the amount of remaining beads is one or two, while big pays if there are three or four beads remaining. Odd and Even will pay if the result is an odd or even number.

In addition to these, you also have several other wagers if you choose to toggle advanced mode. Nim bet is a bet on two numbers, only the first number is able to win. The second number of a Nim bet will count as a push, returning your initial bet. This means if you have a 1 Nim 3, you win if there is 1 bead remaining, but will get your money back if there are three remaining beads. You also have the Kwok bet, where you also will be betting on two numbers, however the Kwok bet will pay a win for both numbers. The final bet is the Ssh bet, played if you want three numbers to win. 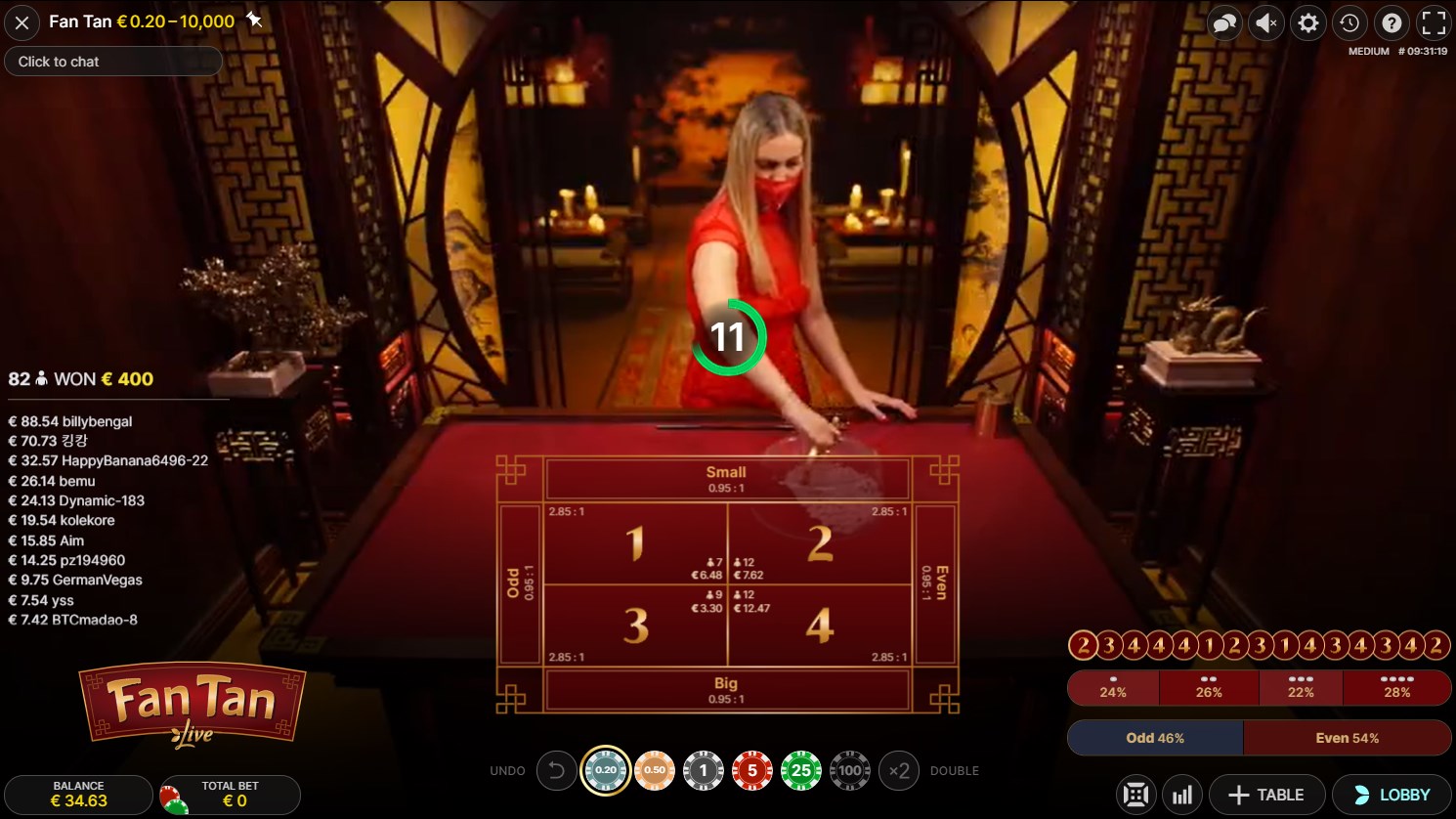 After you have decided what the value of the coins should be, you will be asked to place your bets where you are able to choose between the following options: 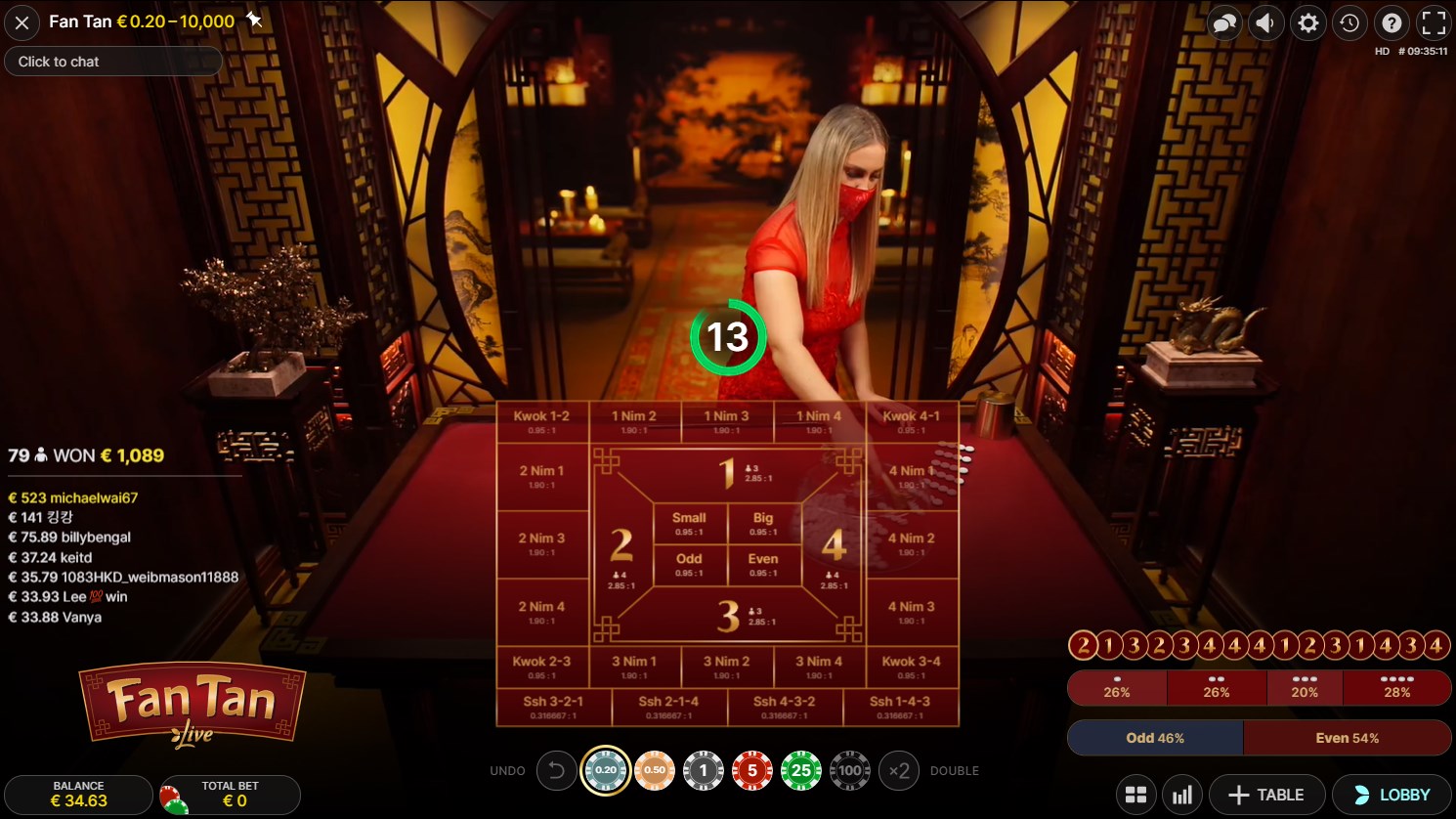 Fan – Simplest bet and available in the base game, you will be betting on any of the four numbers to win. Nim – Nim bet lets you bet on 2 numbers at once, the first number paying your win while the second will get back your money. Kwok – Available in the advanced mode and also covers two numbers, both paying a win. Ssh – The safest bet as it covers 3 numbers. Big/Small – Win on big or small numbers – 1 and 2 or 3 and 4.