The first thing that came to mind opening Viking & Dragon was the non-novomatic design of the symbols and surrounding background.

The slot if first of all bright and welcoming, with characters that are colourful and very well designed.  Higher paying symbols are the Viking, a spear, hammer, armour and finally a Viking helmet.  Lower symbols are represented by the standard card symbols. During the main game, there is no music at all in this title from Novomatic. During the feature spin, however, there’s a nice drum beat, which fits very nicely with the game. 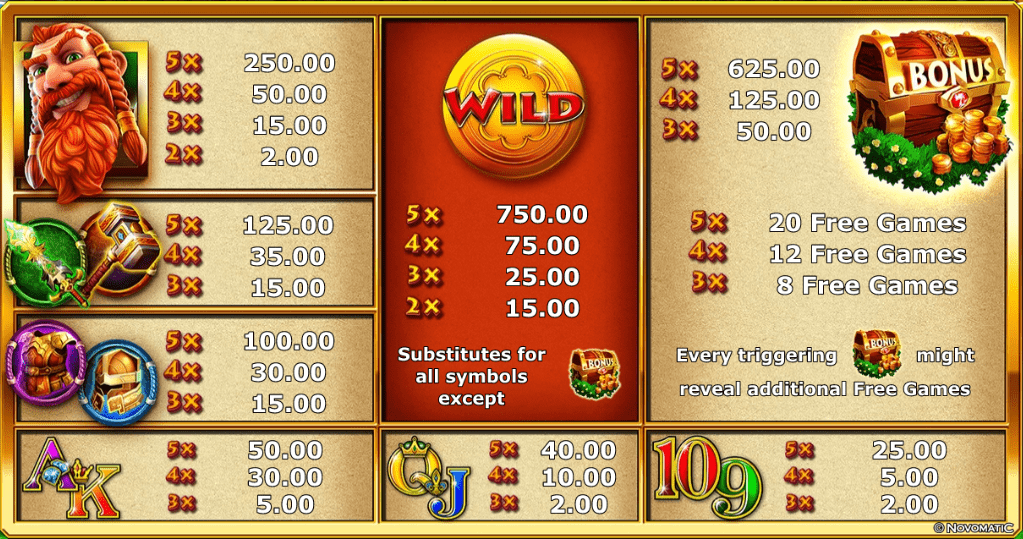 A golden chest with the letters “bonus” written on it is the actual scatter symbol, and the wild is a gold coin with “Wild” written all over it.

There’s not a lot of special features in Viking & Dragon. We find the normal Gamble feature which is standard to almost all Novomatic slots. Also, we do find a wild and scatter symbol. The latter will activate the bonus rounds, but also doubles as the second to highest paying symbol on the reels. Although we can’t find 17 different triggers, bonus pickers and so on, I still found the game satisfactory in the feature department.

The most frequent feature in Viking & Dragon is by far the random wild trigger. What happens is that the Viking will slam out a random amount of wilds. 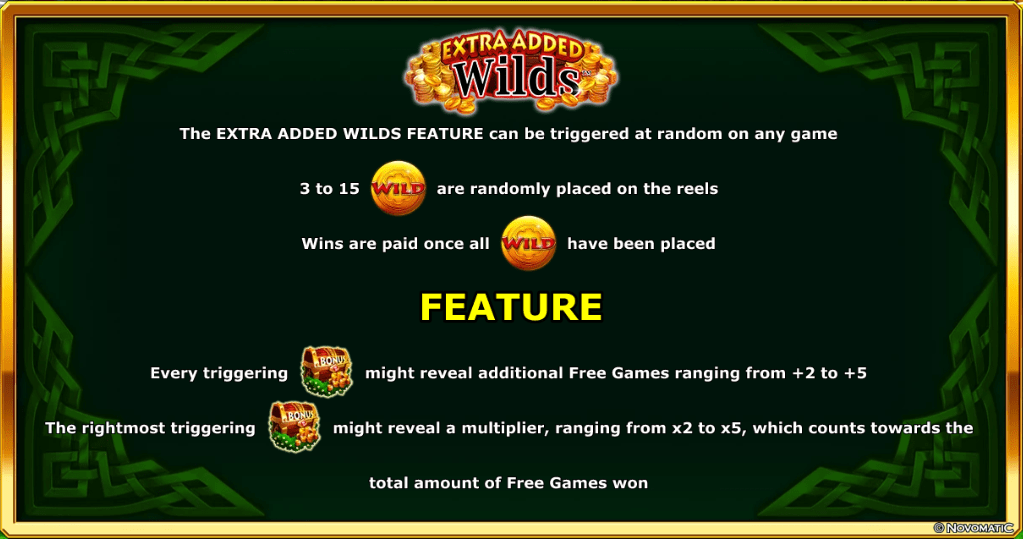 If you land three or more chests on the reels during the main game, you will trigger the feature spins. Now, there’s no set amount of spins you receive per symbol, as it depends very much on the symbol that lands.  Let’s explain.

Our community, and especially our streamers are hard-core Novomatic fans. And that with a pretty good reason. - What we find here is a very well functioning slot, with a good balance between wins and losses. Compared to previous Novomatic slot games, the design is brighter and animations are smoother, with a pleasant soundtrack during free-spins. Will we play it again? Yeah definitely, we love the theme and the features.