Valley of the Gods

Play Valley of the Gods on 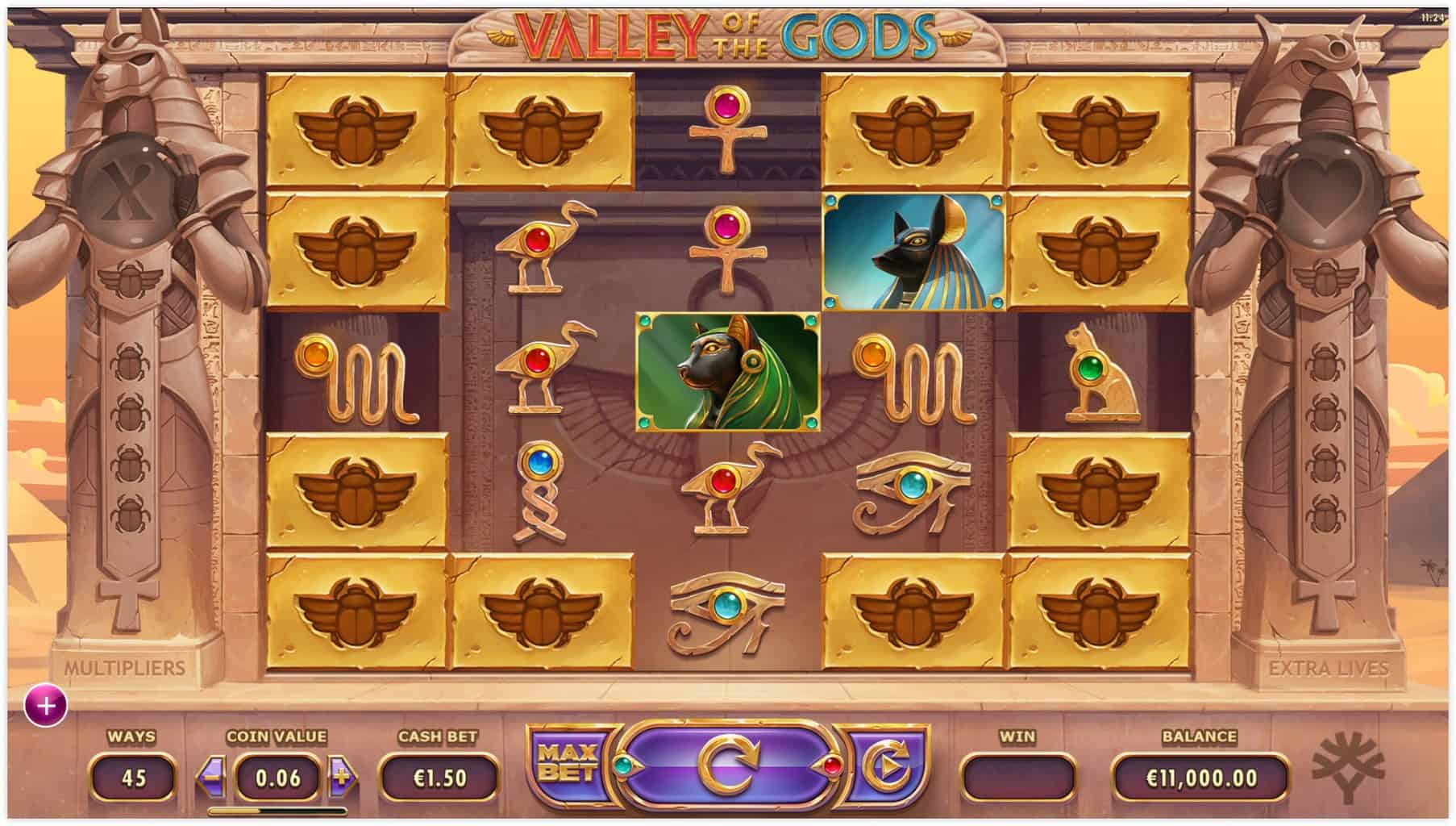 Valley of the Gods takes its theme inspiration from ancient Egyptian mythology. Here the background shows the pyramids and the desert looming on the background, with the reel set resembling a stone Egyptian temple. On each side of the reel set stand the gods Horus and Anubis. Horus, the God of Pharaohs stands on the right-hand side of the reels. While Anubis, the God of embalming and the dead, stands on the left-hand corner of the reels. Horus and Anubis also appear as the highest paying symbols on the reels, giving 20x the stake, for five of either of them, on a winning line. This might not sound much, but imagine the potential when there are 3k+ ways to win! In addition, there is a symbol of a female pharaoh and a symbol of a cat. The different types of hieroglyphs make up the low-value symbols and there are no wild or scatter symbols on this slot. 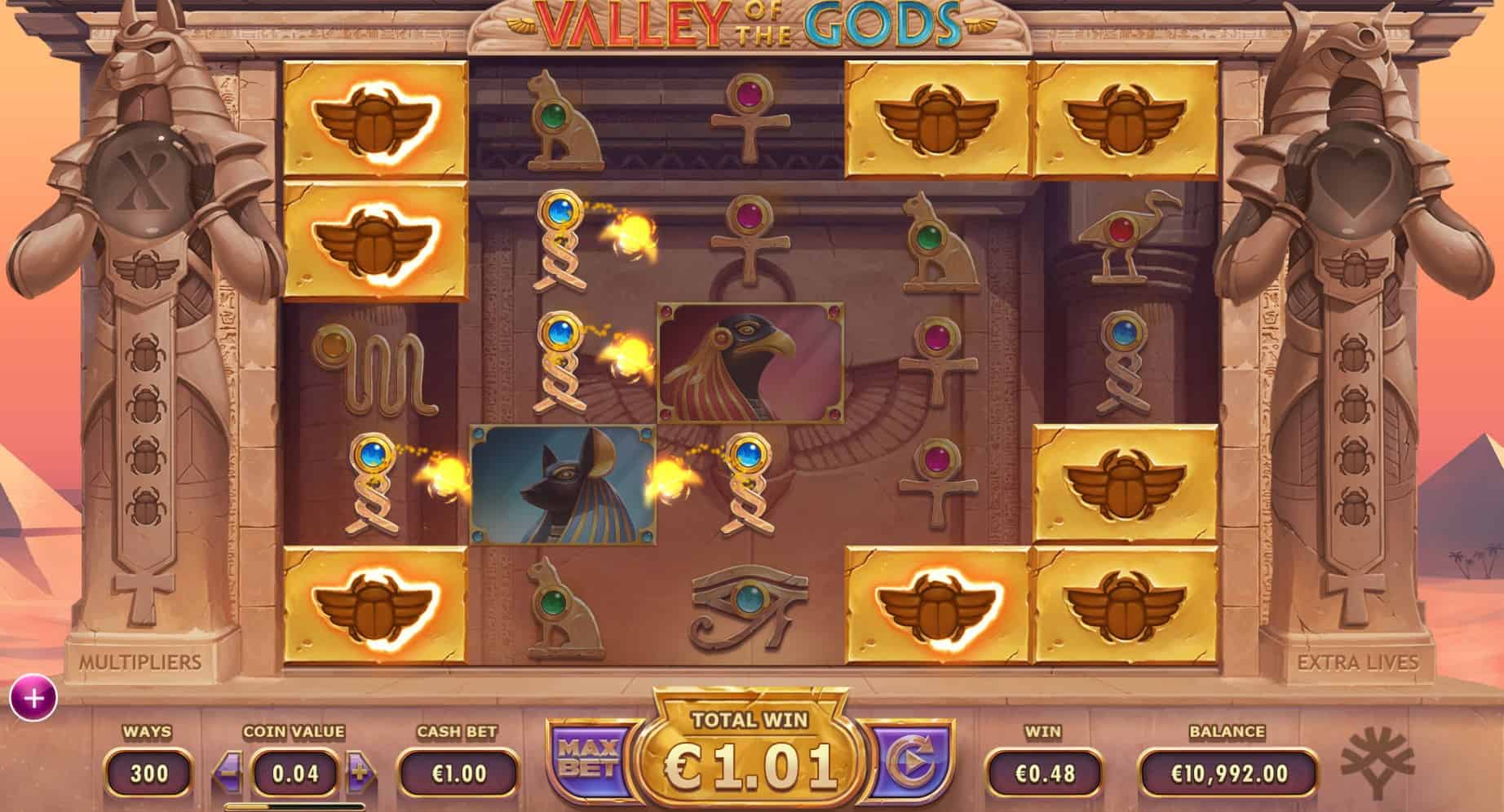 This feature triggers every time you make a winning combination. Every winning spin will award an extra re-spin. 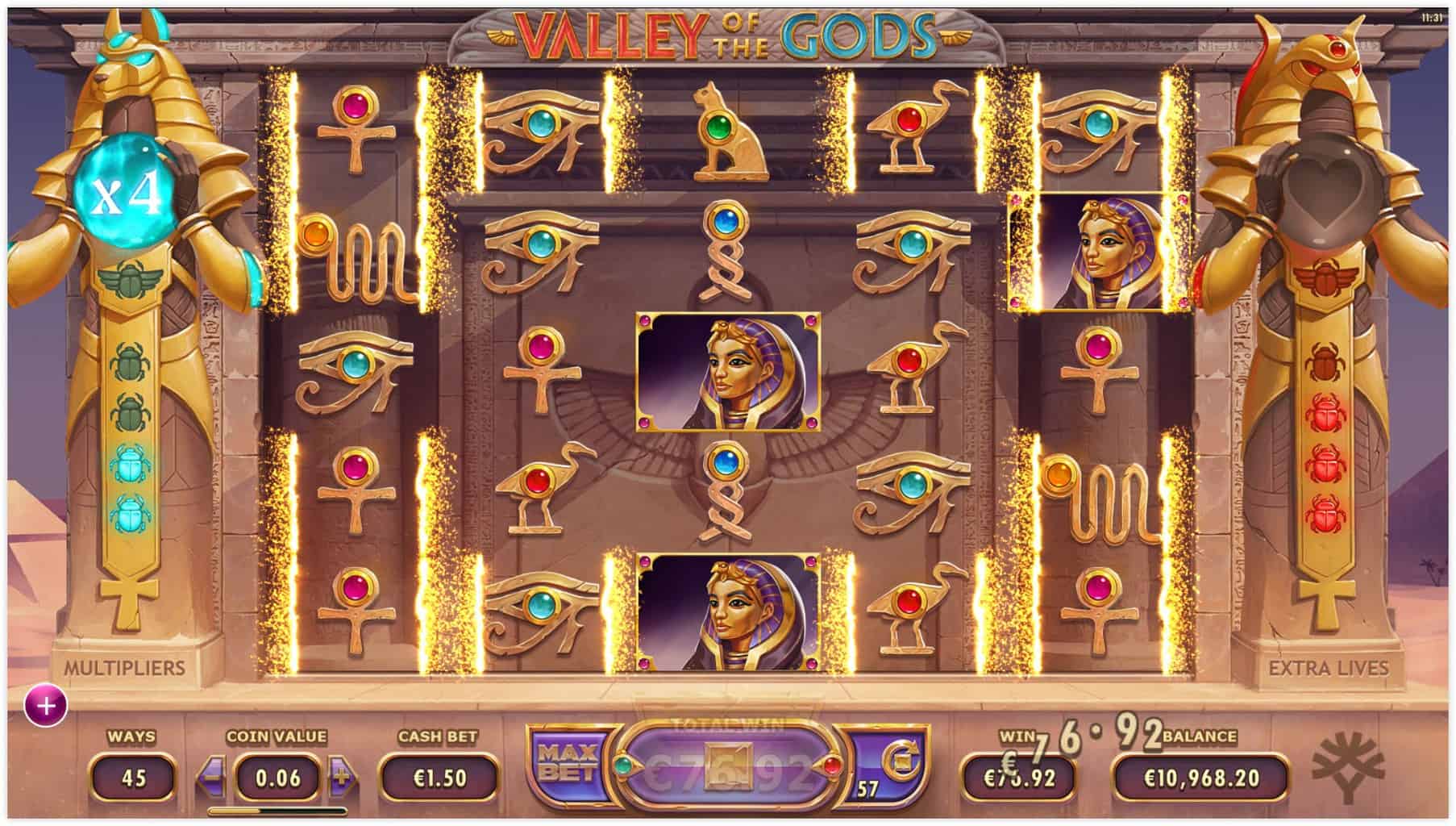 If the player unlocks all symbols on the reel set, the main feature will begin.

Reviewers’ thoughts on Valley of the Gods

The best part about Valley of the Gods has to be the re-spin that occurs at every win. Apart from the potential of 3125 ways to win, this feature keeps things interesting for you as a player. Having said that, reaching the 3125 winning ways is quite difficult, in fact, we never got to it ourselves. Every time we got close, we had no more winning combinations or extra lives and all the golden symbols closed off and went back in place.