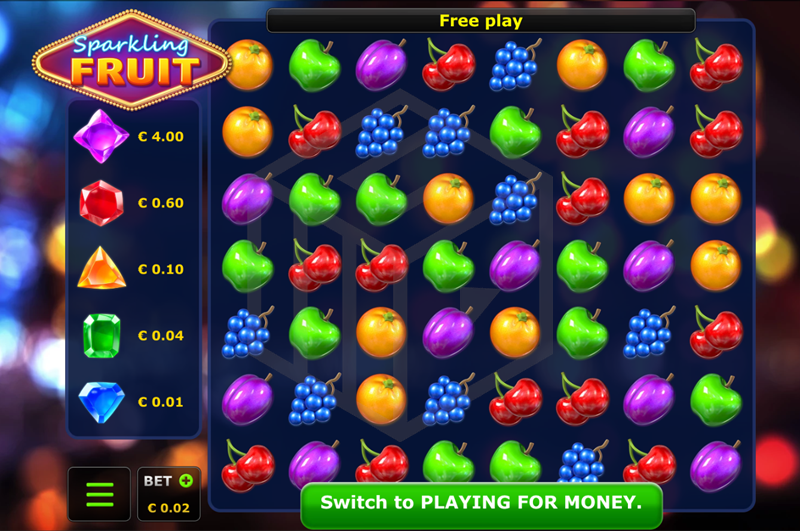 As you might expect from a slot with the name Sparkling Fruit Xmas Edition, it is exactly what you will see when the game has loaded. Greentube has taken the classic fruit slot and made it all ready for the festive season. The slots logo is placed at the top left corner, complete with Santa's hat. The reels have been framed by ice and snow, which also can be seen topping the different symbols on the reels.

Surprisingly enough, this slot has none of the classic card symbols. You will pretty much only see various (sparkling) fruits such as plums, cherries, oranges, apples and grapes. These are of course the symbols of lower value in the game.

In the Cross feature, you will see the gift-wrapped symbols appearing on the reels. When a total of 4 identical symbols are cleared from the reels, the cross symbols will appear. The symbols can be matched both horizontally or vertically. When combined with another 2 symbols with the same colours, they will have the ability to clear the whole row and column they are on. 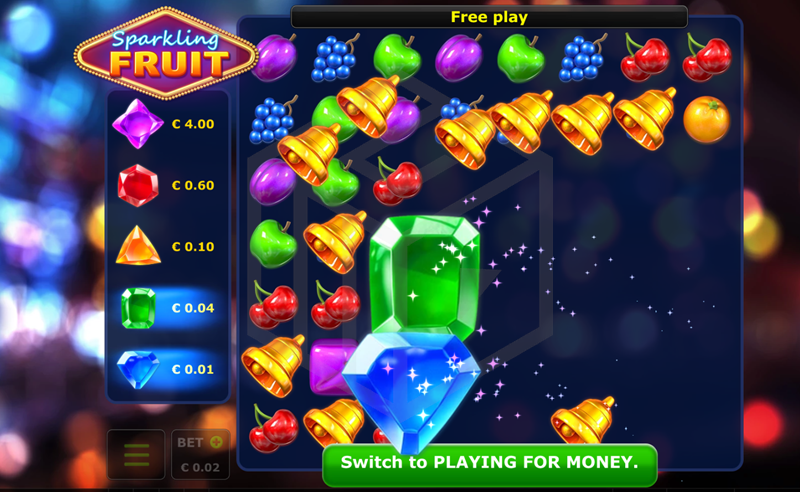 When you clear a total of 5 matching symbols either horizontally or vertically from the reels, the bell symbols will appear. Should you swap out a bell symbol with any other symbol, this will cause all other symbols with an identical colour to be turned into bell symbols. This will then result in them being cleared off the reels too.

This is certainly a fun, new addition to the ever-growing selection of Christmas-themed slots. However, we have to admit we have seen better. Even though Greentube has taken the classic fruit slot and turned it into something new, we were simply expecting more from this release.

We would have liked to so a little more of a Christmas-theme all in all as the design could have simply been for a winter-themed slot instead. There are a few special features going on in the slot, making it a little more action-packed, so if you are looking for a classic slot with just a little Christmas spirit, this might be the slot for you.