These are safe and reputable casinos that you might want to consider trying out. 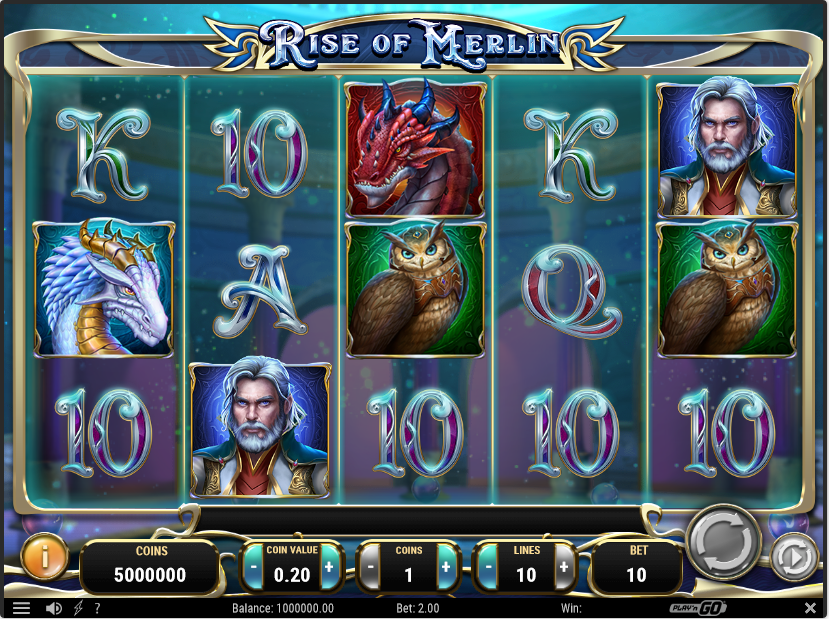 The visuals for Rise of Merlin are modern and fresh albeit unremarkable. At least there isn’t an Anubis or an Eye of Horus insight as Play ‘n GO have steered away from the well-worn Ancient Egypt theme favoured by many a ‘Book’ clones. Instead, they've gone for the not quite so well-worn (but still pretty well-worn) magical, medieval theme.

The backdrop to the gameboard is of Merlin’s chamber with its large, arched doorways, medieval stonemasonry, and mezzanine balcony. The gameboard takes up virtually the entire screen but the lower value symbols (card values) have transparent backgrounds so you can often make out the scene behind. 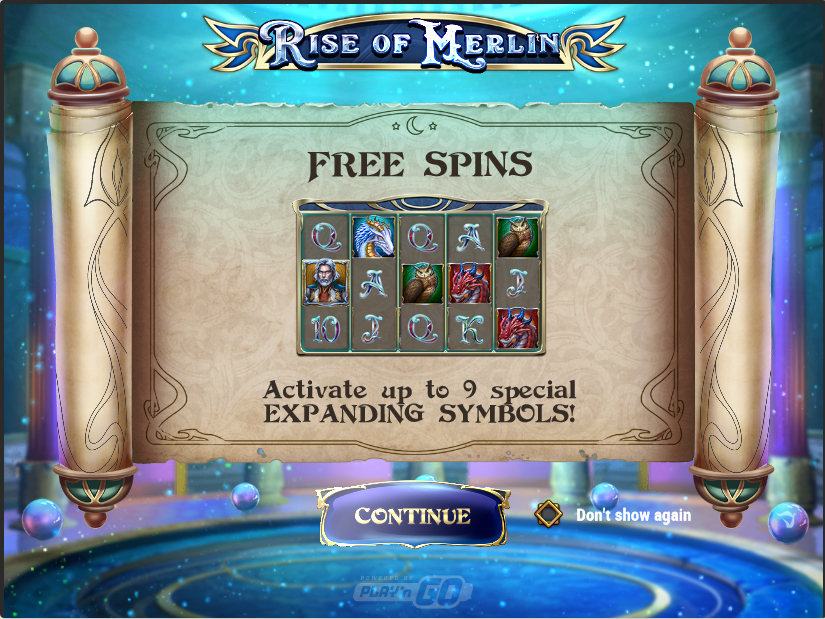 We all know the drill here; Rise of Merlin comes with one feature, a scatter triggered free spins bonus round. Land 3 or more scatters for 8 free spins. Also, as with other clones at the start of the feature, one of the regular symbols will be randomly chosen as a ‘special’ symbol which will expand to cover the entire reel if it forms part of a win.

This is all pretty standard stuff for games with this specific mechanic. However, there is a little extra here. Landing 3 more scatters results in a full retrigger and a second 'special symbol'. This can, in theory, continue until all 9 regular symbols have become ‘special’

Our Thoughts on Rise of Merlin

Having already come up with an ancient civilisations Book Clone, the incredibly popular ‘Book of Dead’, Play ‘n GO decided to get medieval here for more of the same.

It’s hard to criticize them for wanting to recreate a winning formula, after all, Book of Dead is far and away from the most popular of the Book clones, and is considerably more popular than Novomatic’s original Book of Ra.

Also, the additional special symbols up for grabs in the bonus round give this slot a little edge over most of its rivals.

Maybe some might see this as a bit lazy of Play ‘n GO to rework this mechanic once again, but looking at the Swedish provider’s release schedule for 2019 I don’t think laziness is something we can really accuse them of. At the end of the day this is still great, high variance stuff and if their success with Book of Dead is anything to go by, this should be another sure-fire success.