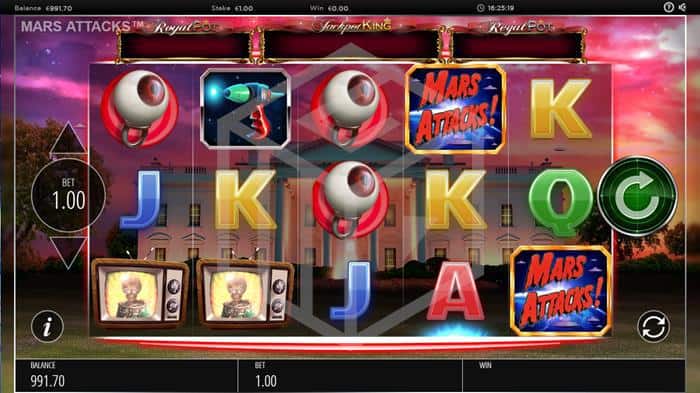 The design isn’t dissimilar to another Blueprint movie-themed slot, TED, with the 5x3 translucent game board spotting a red neon border with dark colours at the bottom of the screen and hazy purples and reds above. However, rather than a toy bear asleep on a couch in a nightclub the background scene for Mars Attacks! is of the grounds of the White House with the illuminated presidential building centre screen and an ominous looking red and purple sky above where you can spot the occasional Martian spaceship passing by overhead. The graphics and animation are first class as are the sound effects and clips from the movie.

The low symbols are the royals J, Q, K, and A with the higher values taken by images from the movie, namely the eyeball ring, tv sets, laser guns, Martians, and the Mars Attacks! logo. The logo is the highest paying symbol is the logo which pays 25x bet size for 5 across a pay line. The wild is the Martian Ambassador which also pays 25x bet size for 5 in a row.

Not only does Mars Attacks! have visual similarities to TED but, just like Blueprint’s other cult classic themed slot, The Goonies, it shares a lot of its other characteristics. As with both TED and The Goonies there are several bonus features as well as base game features including 3 progressive jackpots. 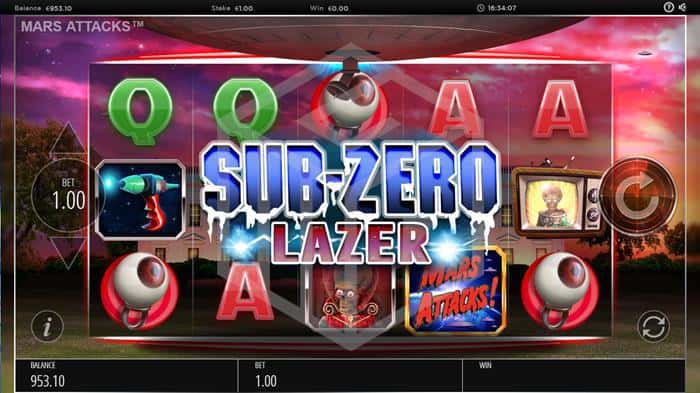 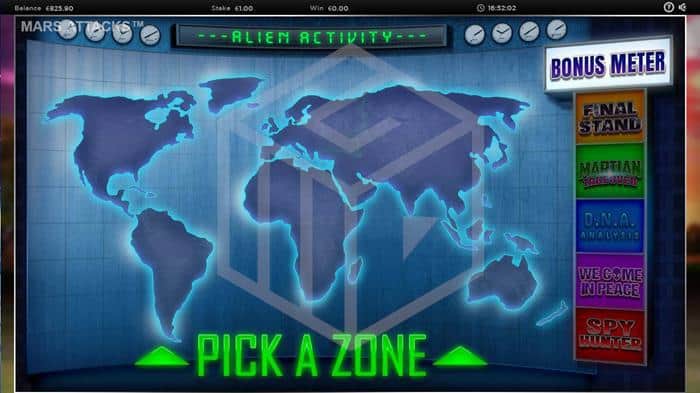 This game is part of the Jackpot King Network and there are 3 progressive jackpots on offer which can be seen on display above the game board. Trigger the jackpot feature by landing Jackpot King Deluxe symbols on every reel. Progress up the ladder by accumulating crowns on subsequent spins where 15 or more crowns will send you on to the Wheel King round where you will play for one of the 3 Jackpots.

Our Thoughts on Mars Attacks!

In our opinion Mars Attacks! is another great reimagining of a cult classic movie from Blueprint. It could be argued that they might try to move away from the same format as they have given us for both TED and The Goonies, but personally, I feel the features are different enough for it to be an altogether different gaming experience. Blueprint obviously adhere to the maxim, “If it ain’t broke, don’t fix it”, and in this case, that’s no bad thing. The game is immersive, well designed, and pays homage well to Tim Burton’s largely unappreciated (at the time at least) sci-fi comedy. This slot should appeal across the board as it will satisfy high variance players, feature-lovers, and recreational players who love a movie-themed slot.