Lightning Horseman by Lightning box games released on 01.07.2018 is a 5-reel & 3-row online slot with 40 paylines and a 95.52% RTP. This is a horror-themed game offering players a max win of up to 1250x their stake. Lightning Horseman can be played on all devices from €0.40 to €200 per spin and is considered a medium volatility game. 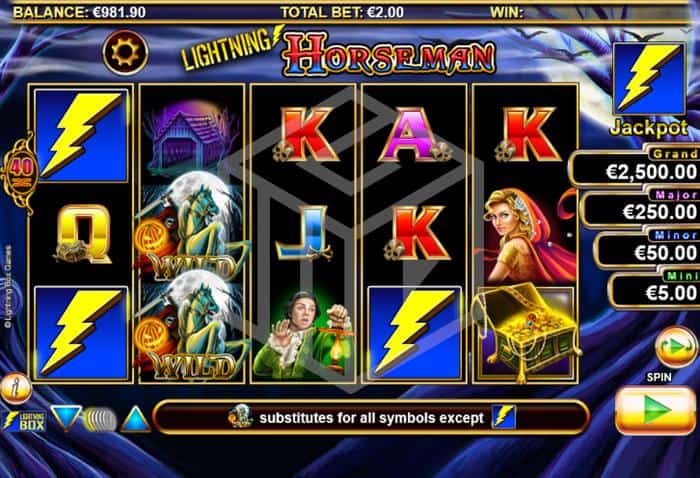 The background scene in Lightning Horseman is of a spooky looking forest in the dead of night with a full moon casting light over wisps of mist and fog creeping across the screen and a couple of bare, twisted old trees in the foreground. To the right of the game board are four panels showing the four jackpots on offer (Mini, Minor, Major, and Grand). The game board sees the game’s slightly retro looking symbols on a black background on a standard 5x3 reel set. All the while a suitably gothic soundtrack plays throughout proceedings.

The low value symbols are the standard J, Q, K, and A with higher rewards for symbols represented by a crow, a covered bridge, a male and a female character (presumably based on the characters Ichabod Crane and Katrina Van Tassel from Sleepy Hollow), and the highest value regular symbol, a treasure chest which awards 7.5x the bet size for 5 across a pay line. The wild is represented by a headless horseman who not only substitutes for every symbol other than the scatter but is also the highest paying symbol on the board with 5 on a pay line worth 15x the bet size. The scatter is a lightning bolt on a blue background.

The main feature for Lightning Horseman is the lightning respin round which is triggered by the lightning bolt scatters. There are also four randomly triggered jackpots. 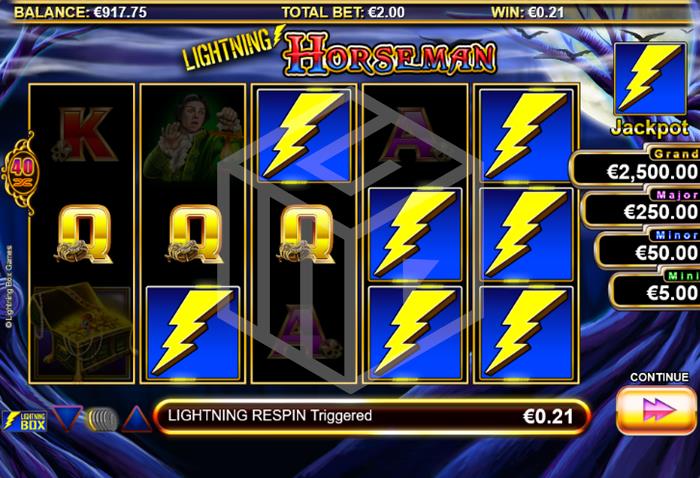 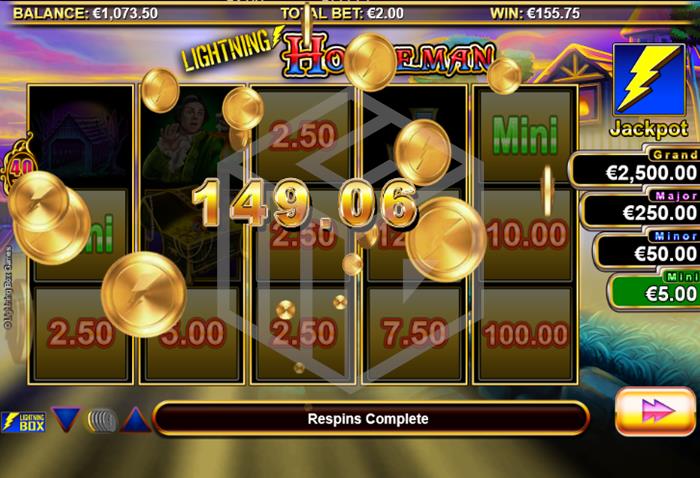 Our Thoughts on Lightning Horseman

Lightning Horseman has proven to be Lightning Box’s most popular slot to date so it clearly has some pulling power. However, if Lightning Box wants a real chart-topper they will have to come up with something a little more interesting than this. The design and graphics are pretty basic for a 2018 slot and the wins during the base game are very small. It is possible to get some good wins during the bonus round and if you retrigger by landing all 15 lightning bolts then you’re almost guaranteed a decent win, but as the jackpots are random the lightning respin bonus round is really the only fun you’ll get playing Lightning Horseman. One thing which probably works in this game’s favour is that it is very simple to get to grips with and as such it will attract anybody looking for a non-challenging spin or two, but in our opinion, there are plenty of better games if simplicity is your thing.