Inspector Gadget by Blueprint Gaming released on 2018 is a 5-reel & 4-row online slot with 50 ways to win and a 96.49% RTP. This is a licence-themed game offering players a max win of up to 10000x their stake. Inspector Gadget can be played on all devices from €0.2 to €200 per spin and is considered a medium volatility game. 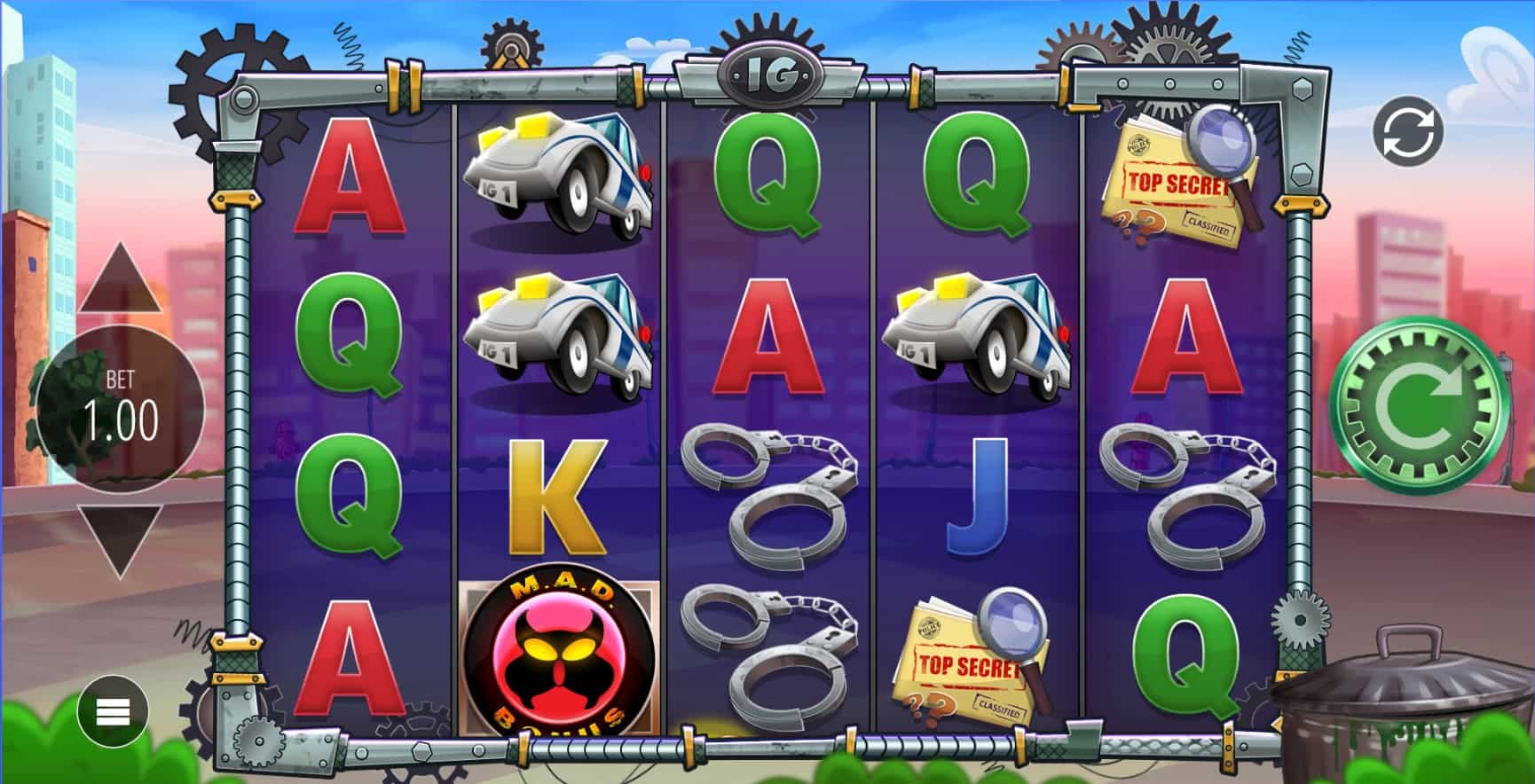 The highest paying symbols are the wild and super stacked inspector gadget symbols. These are followed by inspector gadget’s car and top secret documents, together with his safe and handcuffs. The lower paying symbols are the A - J. The wild substitutes for all symbols except for the scatter. The scatter is a round symbol with the words M.A.D Bonus and what looks like a small black bat with yellow eyes. As soon as we saw the name and characters visible on the reel, and the provider being Blueprint, we knew what kind of music will be playing the the background. Something very theme specific and well a bit annoying: the inspector gadget theme song.

We haven’t written much about Blueprint, but so far we have noticed a pattern. They seem to love their special features, as the slot games we’ve played so far come full of them. First it was Spinal Tap with around ten special features, and now it’s Inspector Gadget, with not much less. 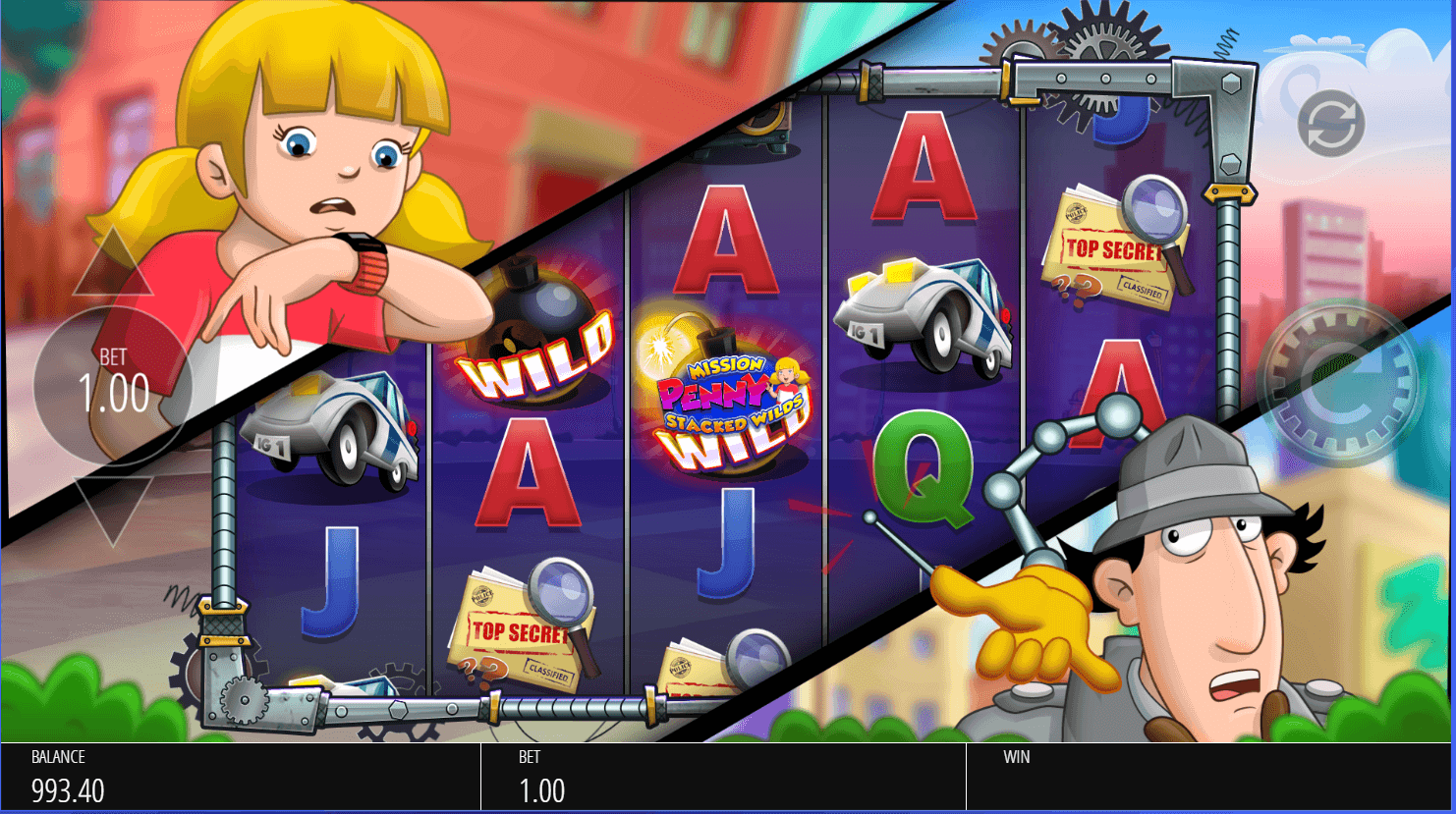 During the base game, Inspector Gadget may randomly receive a call, and according to who is on the other end of the line, one of the following features will be activated:

If you manage to get three or more bonus symbols anywhere on your reel, then you activate the bonus round. Here you will find a bonus game spinning wheel that will determine which special feature you will play out. You have the option to either collect and play out that feature or gamble it. 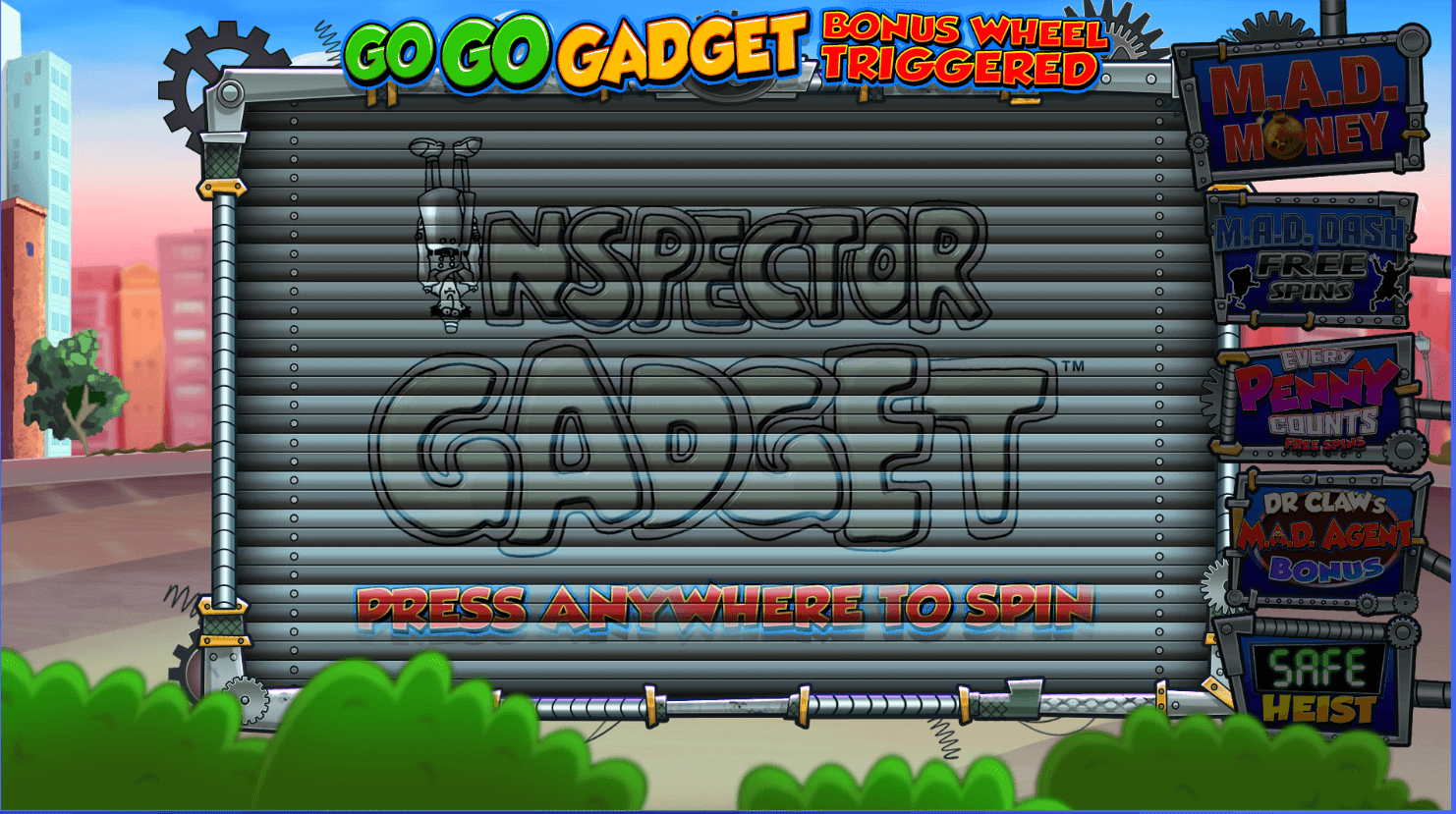 Whenever a feature from the bonus game has been rewarded, you can gamble your pick for a better bonus or a mystery win.

When spinning the bonus wheel, you can land on any of the following bonuses:

Here you will be presented with a number of safes.

As a player, you will be taken to a bonus game with what looks like covered M.A.D items on a computer screen. On the left, you will find the win bar.

If this feature is activated, you will be taken to the top of the M.A.D headquarters with multiple reels beneath you.

These free spins have two simultaneous rounds. First, you have the normal free spins which award you wins. Then you have another board game kind of spin called bonus trail which you can enter by getting a small overlay car symbol anywhere on your first round.

You can get to this bonus feature in multiple ways:

This feature will start off by presenting you with a number of bombs which will spin around Dr. Claw.

Let’s take a little trip down memory lane to our childhood. The person writing this review only watched Inspector Gadget when there was nothing better on tv. You can imagine their willingness to play and review this slot game. However, just because they didn’t particularly enjoy playing this slot, it doesn’t mean that no one will. The slot game itself is full of special features which are randomly triggered, so there is quite a lot going on in that respect. Having said all of this, you’ve probably rarely watched our streamers play this game. Given the overall playful theme and volatility, Inspector Gadget probably won’t receive much playtime on screen.