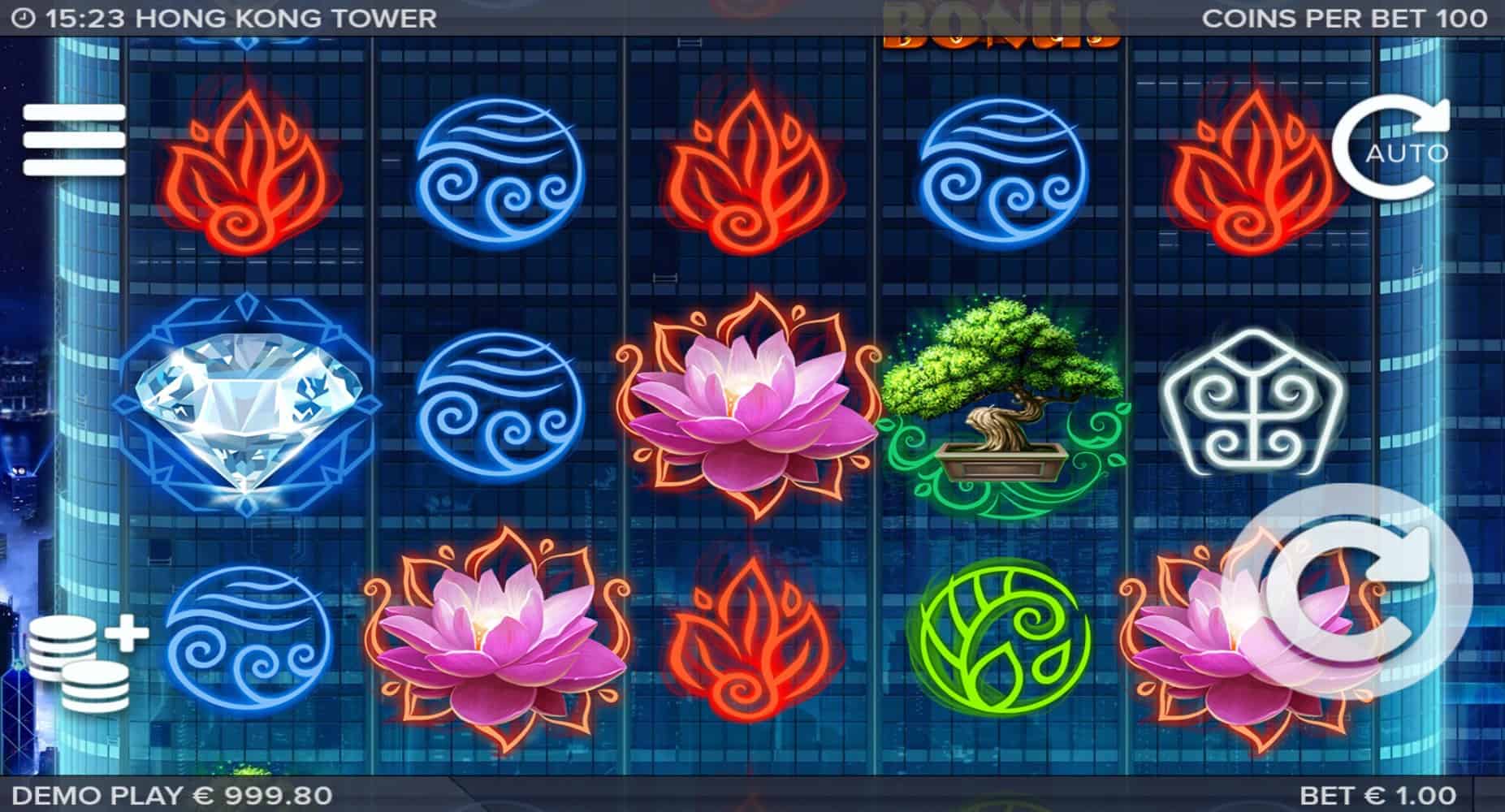 The symbols on the reels all relate to the Asian theme which this slot has. The high-value symbols feature a 7 as the highest paying symbol, followed by a diamond, a Bonsai tree and a lotus flower. The low-value symbols are symbols depicting the different elements. Hong Kong Tower also has two types of scatter symbols. The first is the Red Ying Yang bonus symbol which is the only symbol that can not land in stacks. The second scatter is a Blue Ying Yang bonus symbol which can only appear through the mystery symbols.

The bonus round is basically the only special feature that Hong Kong Tower has. However, this is not your typical free spins round. Think of a spinning wheel with the potential to move to bigger wins that can be triggered in multiple ways.

The slot has a mystery symbol in the form of a Hong Kong Tower Card, which features the game’s logo. Stacks of the mystery symbol can land at any spin.

This is the second bonus the game has, and players can trigger it in two ways. First by landing three or more Red Ying Yang scatters anywhere in view.

The second method to trigger the Wheel Bonus is by getting one Blue Ying Yang bonus symbol.

If the player triggers the Wheel Bonus, three wheels will appear. The first wheel will start spinning and give different cash prizes.

The most noteworthy part of Hong Kong Tower has to be its special feature bonus round. Apart from having the potential to win big, like our own Letsgiveitaspin did, it is not your typical free spins round. The part we disliked the most had to be the fact that despite getting to the bonus round multiple times with the most lives available to us, we never got to the last wheel.