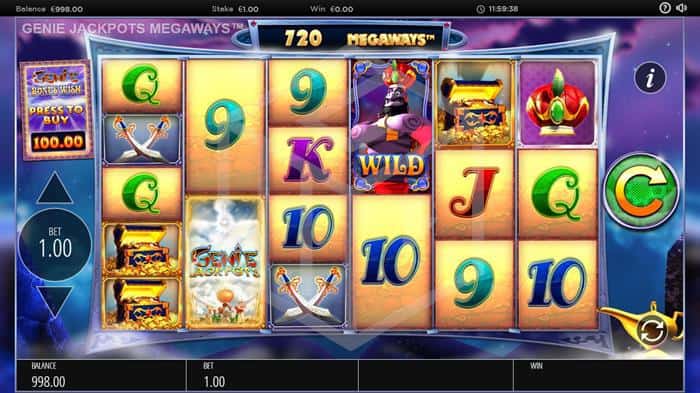 You get taken straight to the eastern planes when you open Genie jackpots, and the first thing you see is the Genie himself! His wishes play an important part when you activate the feature spin, and he even comes in to play during the base game every now and then. 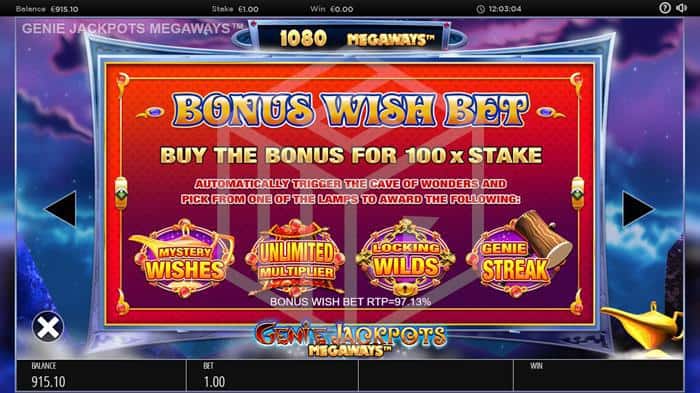 During the base game, you will find the wilds, and the scatter symbols. To trigger the feature spins, you have to land at least three Genie Jackpots Scatter Symbols anywhere on the reels. - Or you can purchase the bonus trigger for 100x your wager, with the chance of winning extra spins.

Before the bonus rounds begin, you will be presented with several wishes, cleverly presented as oil-lamps. Here you will be able to randomly pick one of the four different free spins modes, called Genie Power Spins:

Get more reels on the reels with maximum megaways!

Genie Wilds can cover a reel, up to 5 locations!

Genie grants random symbols or wilds to guarantee a win. 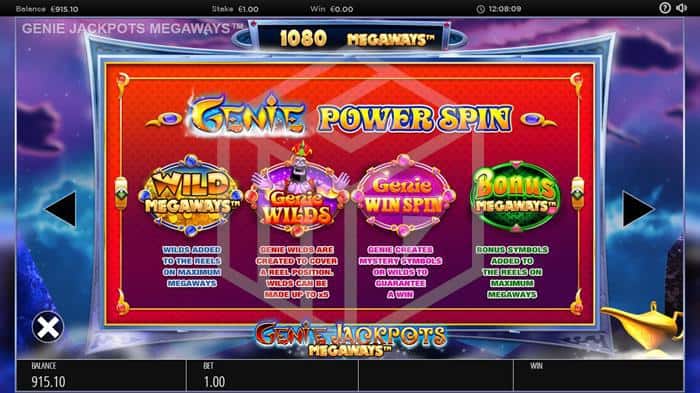 Our thoughts on Genie Jackpots

Genie Jackpots is a great game. Megaways is given justice, and with the buy a bonus feature, there’s guaranteed going to be a fan base for the game. - Is it a bit childish for a game with such high wagering potential? Well, that’s not for us to decide. It would be nice to collect something to lower the buy-a bonus feature though. - As it can be a drag to trigger the feature oneself, and with a 100x purchase, why not add a coin or similar (which has been done by BTG is their titles) to get just a bit closer before investing.

Looking for more slots with bonuses you can buy? Check out the list to find a selection of slots including this feature, following all themes and designs.