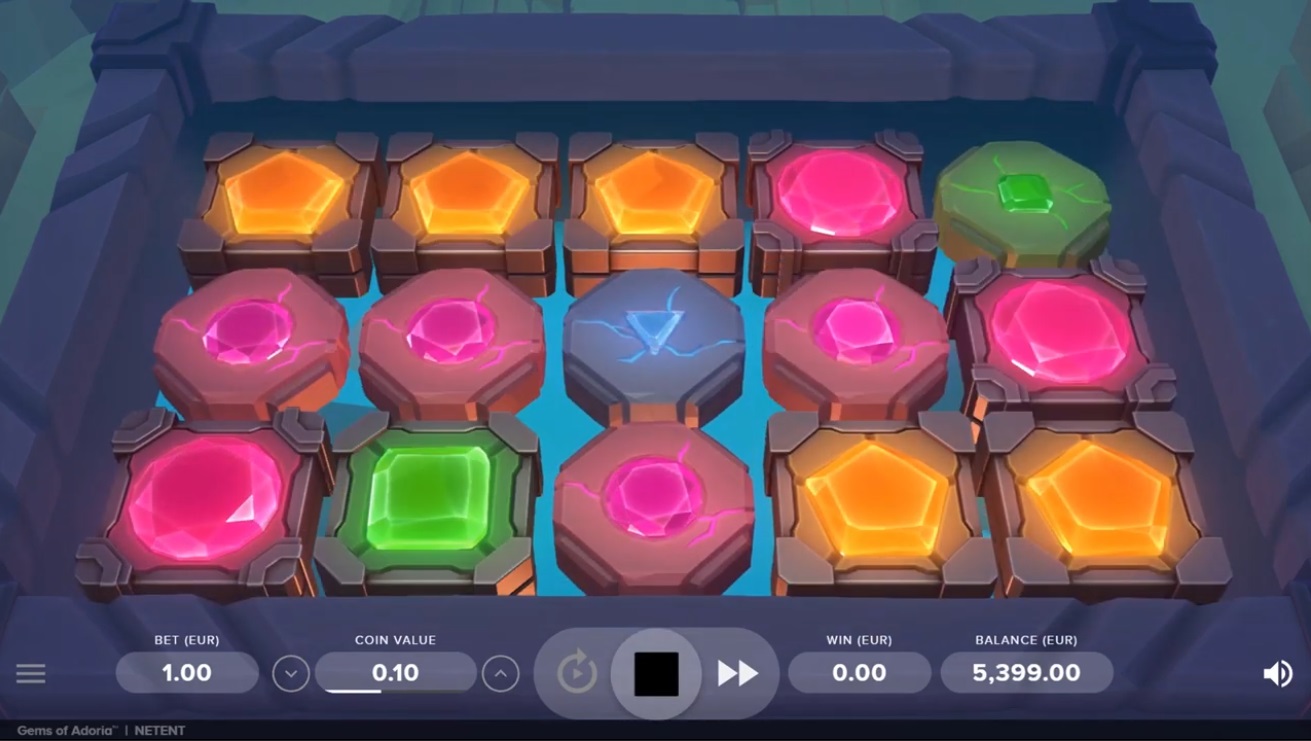 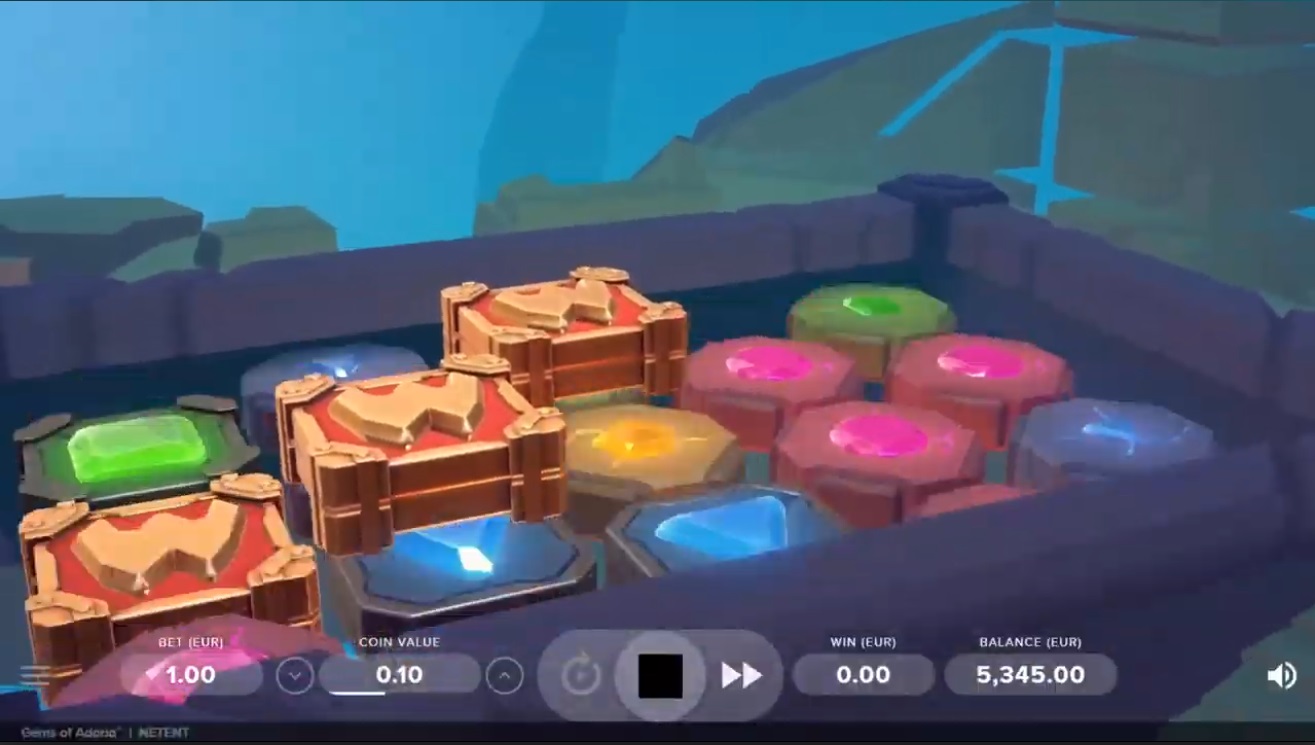 Striking Wilds are randomly activated and when they are released, between 2 and 9 wild crash down onto the board, often covering entire reels leading to decent winning combos. 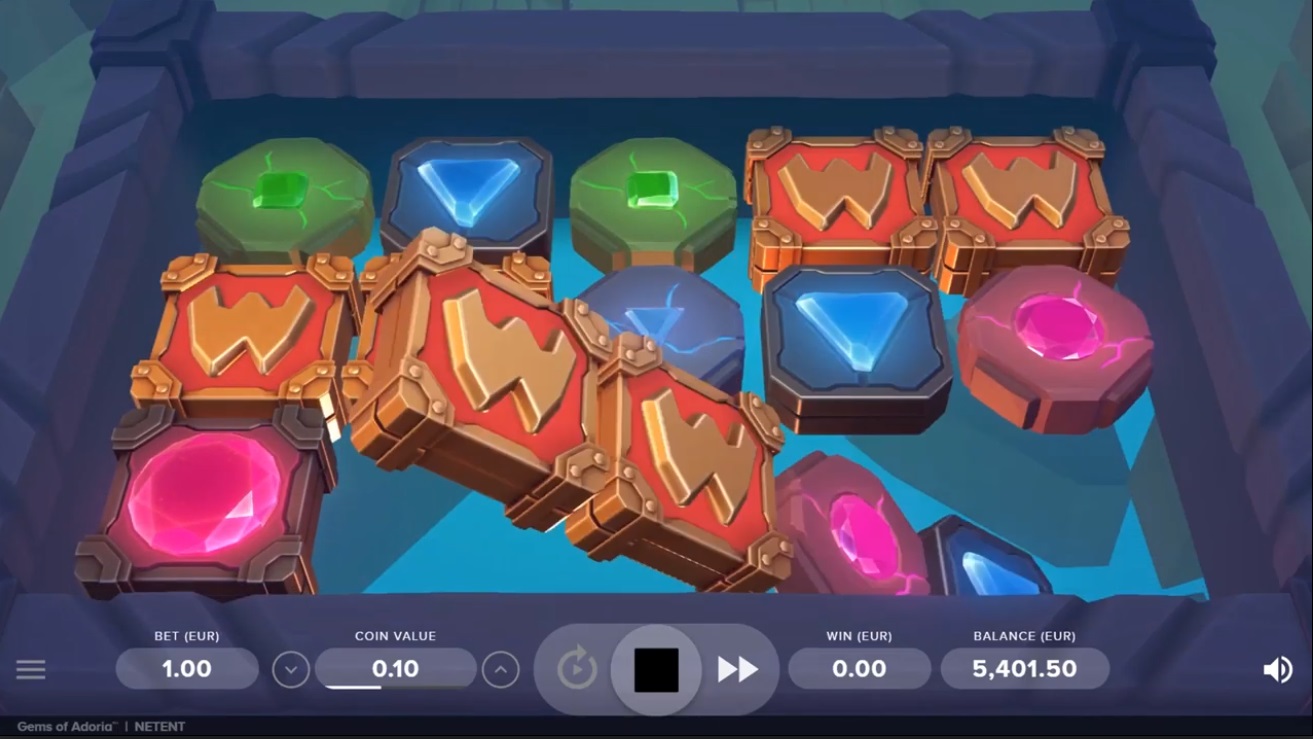 This unique feature is one of the highlights of the game as it takes full advantage of the 3D element of the game whilst also conjuring up wins out of nowhere. On any row or reel between 2 and 5 symbols can randomly flip vertically or horizontally at the same time. This is quite tricky to explain without watching the mechanic in action but imagine if reel one, from top to bottom, contained a blue, orange, and pink symbol. If those three symbols flipped then the order would change to pink, orange and blue. Then further imagine the bottom 2 symbols flipped then the reel would read, pink, blue, orange. Trust me, it isn’t half as complicated when you see it in action and often several flips can happen consecutively to provide a winning combination. 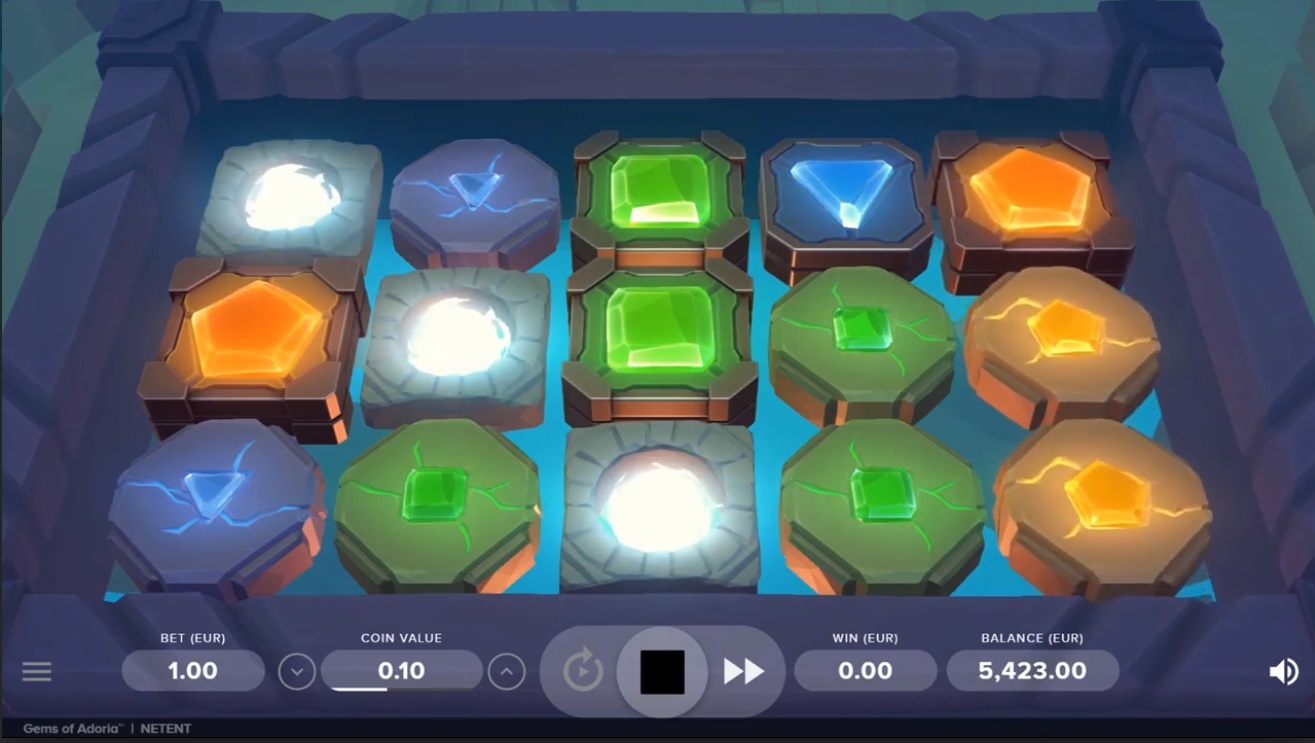 3, 4, or 5 glowing orb scatters trigger 10, 20, or 50 free spins. There is little to distinguish the free spins bonus round from the base game. Striking Wilds and Flipping Symbols appear in both base and bonus round. However, the RTP of during the free spins round increases somewhat meaning that bigger wins are more likely.

The design is the star of the show here, with the 3D moving graphics offering a whole host of perspectives as you spin the reels. The game starts with the regular(ish) reel set at the top of a set of stone steps floating somewhere in the cosmos. The reel set is framed in what appears to be a heavy, carved stone border with transparent reels. The initial camera angle shows the reels slanted at about a about a 60 degree angle (imagine the text scrolling down the screen at the start of a Star Wars movie). As such, the symbols and frame appear in 3D, giving them depth and real presence.

The Real Time 3D device shifts around the scene offering alternative camera angles as well as glimpses out into the surreal floating world of Gems of Adoria. With the endless blue space in which the islands and structures float, it is hard to tell if the game is set in space, underwater, or in an entirely unique universe. Nevertheless, it is an impressive world to enter, and with a beguiling soundtrack it is endlessly hypnotic.

Nothing in the game is static. The symbols are dynamic and are able to flip in bunches either vertically or horizontally. Also, the gems in their centre jump out and spin when a win lands. The wilds, which look like red suitcase with a large W encased in bronze, often fall vertically down onto the reels with the board angled horizontally so you can see them falling and striking the board in 3D. It’s impressive stuff.

The low value symbols are blue, pink, orange, and pink gems encased in stone. The high value symbols are larger blue, pink, orange, and pink gems each with solid metal frames. The low symbols pay between 2.5-4x the bet size for a full payline whereas the high symbols pay between 6x-15x. As previously mentioned, the wild is a bronze W, and the scatter is a stone framed white glowing orb.

Our Thoughts on Gems of Adoria

Gems of Adoria showcases NetEnt’s new Real Time 3D graphics well. It is an enchanting slot to play, although it isn’t high on thrills. Quite the opposite in fact. According to NetEnt’s testing, the highest win possible, a mere 500x, only occurred once in 34 billion spins. This game is definitely not going to cut the mustard with serious slots players. However, the deliberately low variance and high hit rate is going to appeal to the casual gamer, as good a test audience as any when rolling out an innovation which NetEnt will surely put to more use in the near future.

Although Gems of Adoria may be low on thrills, it is a competent slot and it will be interesting to see how players respond to novel gameplay it offers.