Fluffy Bingo, a brand new bing game released by Greentube might be the cutest (and fluffiest) thing we have seen in a long, long time. Maybe almost a little too sweet? As soon as you open the game, you will be thrown into a sugary sweet world filled with baby blue and pastel pink and of course the main character of the game, the fluffy bunny. So what can we really expect from a bingo game like this and has Greentube managed to create something completely new for the bingo world? No matter if they have or not, this slot is perfect for any Easter time bingo sessions.

This bingo game is certainly suited for experienced bingo players as the set up reveals that there are a total of four bingo cards in play. The bingo cards are each on a grid of 5x3 and will all have a random set of numbers in place. Good news for any beginners in the game of bingo is that you can make use of all four of the bingo cards, just one or anything between. Fluffy Bingo is has a total of 60 balls, while 30 will be drawn in a game, this is what is known as 60-ball bingo. Any bingo enthusiasts out there looking for something a little out of the ordinary will not be disappointed.

The top prize you can win in Fluffy Bingo is 1 500x your total bet, however, the bonus features in the game will allow for an even higher maximum win. In this bingo game, there are some special features going on, such as Joker balls, a bonus feature and a total of three different jackpots. The RTP is set at 95.3%. 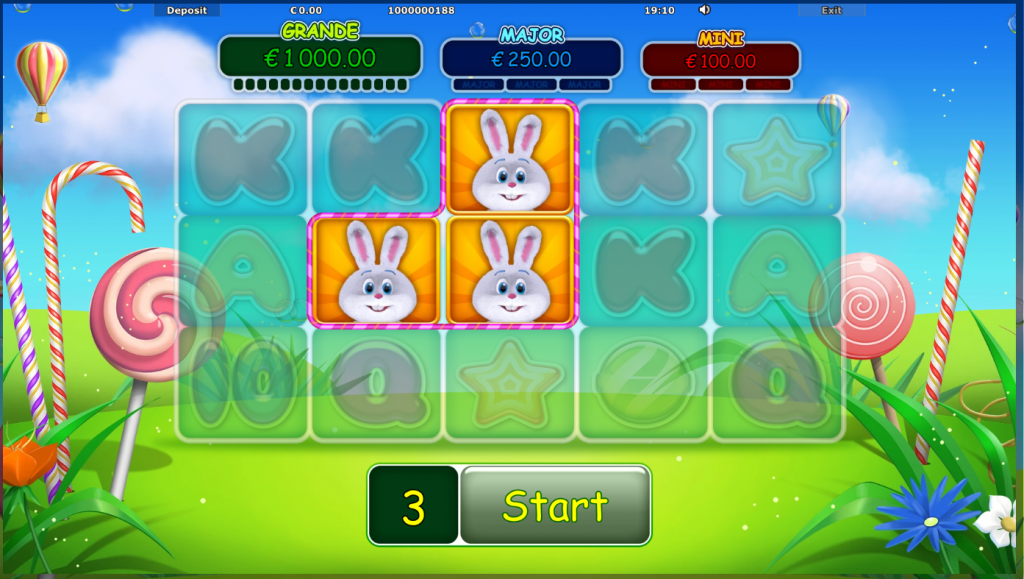 As mentioned above, you will find a couple of different special features in this game. Joker balls lets players pick their own number while the Fluffy Bonus Feature will allow you to increase your winnings. Oh and there are also three jackpots for you to win.

In Fluffy Bingo you will be able to buy up to 11 extra balls after every main game has ended. It will be up to you to decide exactly how many extra balls you wish to add to the game. Joker balls might also appear here, which will allow you to choose which number you think they should have.

The Fluffy Bonus Feature will be triggered when you get two winnings patterns simultaneously during the main game. Your goal will then be to collect as many matching Fluffy symbols as possible, for every Fluffy symbol you collect, your winnings will be increased. What truly makes this bonus feature exciting is however the chance you have of winning one of the three available jackpots.

Should you have your luck with you when playing and have all 30 number drawn during the game match, matching the numbers found on your Bingo card you will score a Bingo. This means that the largest jackpot of the game will be yours. 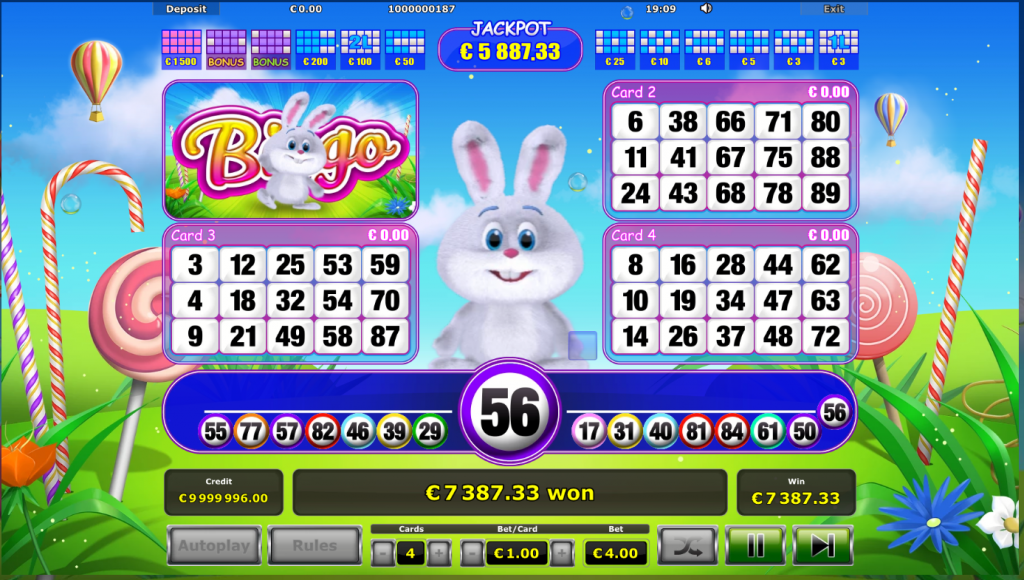 When it comes to Fluffy Bingo, first impressions truly never lie. This bingo game will be offering you exactly what you will be expecting from a game with a name like this. The game is all things cute and fluffy starting from the moment the game loads until the last ball has been drawn. In the centre of the screen, you will be seeing a white, fluffy bunny who is of course the main character of the game. On either side of him, you will see two bingo boards which have been framed in purple. In the background, you will also see bright green meadows, blue skies, some flowers, candy canes and lollipops stuck in the ground.

At the bottom of the screen, you will be able to adjust how many bingo cards you wish to play with, the options being between 1 and 4. There, you will also be able to adjust your total bet, which starts from a minimum of €1 and goes up to a maximum of €2.50 per card. The balls will be drawn and will be shown all together at the bottom of the screen. All matching numbers will automatically be marked on your cards.

Extra balls will become available for purchase after the main game and ball-draw is complete. For every extra ball you choose to purchase, this number will be placed in the centre of the screen. If a Joker Ball should appear, then you will be asked to select a number on the screen.

Our Thoughts on Fluffy Bingo

Fluffy Bingo is an overly cute and sweet bingo game that surely will be welcomed by many bingo players. The game setup is pretty simple, but will still be able to offer you something new in terms of the theme and style in the game. A great choice for anyone who is sick and tired of the old, classic Bingo games that quickly become boring after just a round or two.

We appreciate that there are some changes in getting some pretty huge winnings, which makes sure that the game feels slightly more action-packed than we are used to from other bingo games. This is, of course, thanks to the fact that there are 3 different jackpots you can win, a bonus feature and joker balls that can randomly appear. All in all a bingo game we think will breathe new life into the bingo rooms again.