This week we’ll be taking another look at some of the best new streamers to come to our attention over recent months. We trust you’ll enjoy our latest compilation of big wins from the new kids on the block.

AyeZee is a young stream with a healthy 6,000+ followers on Twitch. In this clip he is trying his hand at Play ‘n GO’s 2017 video slot release, Viking Runecraft. Playing at €5 a spin AyeZee has already activated the Ragnarok feature with the End of the World Bonus Meter. By landing enough consecutive wins and thus eliminating more and more symbols the meter charges up to give a bigger and bigger win multiplier. By the end of his succession of wins, AyeZee has accumulated winnings of €254.50, as well as a 15x, win multiplier for a tasty €3,817.50 score worth 763x his initial bet size.

Second up are Norwegian streaming duo, Gambling Bros, and once again Play ‘n GO provide the game as the guys are playing their October 2017 release, Reactoonz. Whenever Reactoonz features in one of our Big Win compilations you can guarantee the cause of the windfall will have been the appearance of the Gargantoon – a giant 3×3 wild alien who appears once all five Quantum Leap charge features have been charged during a streak of reaction wins. Of course this is exactly what happens here, and when the Gargantoon drops the Bros winnings for the streak instantly go up from €30 to over €2,400. The clip cuts with the Bros streak still in progress with a win of €2,478 already recorded. Playing at €1.60 a spin this means a win of 1,549x was already in the bag.

At this point it looks like we’re running a Play ‘n GO promo as our third clip is also from a game fashioned by the Swedish developer, namely the 2014 gangster themed, “Pimped”. The player on this occasion is Romanian YouTuber DoDoKyo and he’s spinning the reels at 5 Romanian Lev (€1.05) per spin. The big win comes during a free spins round during which a win is guaranteed on every spin. However, not many of them reward quite as much as DoDoKyo’s 5th free spin which filled all but two spaces on the board with wilds. The other two spaces contained gold rings, one of the game’s higher paying symbols. The resulting win of 6250 coins, and a total free spins round win of 6433 coins equates to a €675 win (643x the bet size).

With over 9,000 twitch followers, German streamer Slottyemma has gathered quite a fanbase with her slots videos, often streaming alongside her friends. In this stream we see her enjoying a stint playing NetEnt’s Christmas classic, “Secrets of Christmas” at €1 a spin. Prior to any free spins, players of Secrets of Christmas get to choose 3 symbols, each of which reveals some kind of bonus round assistance. In this instance Emma’s rather enthusiastic gaming partner manages to select symbols which transformed both reels 2 and 4 into wild reels for the duration of the spins. As such each spin brings in at least a semi-decent win resulting in a total bonus round score of €442 (442x).

Well whaddya know, a slot from Play ‘n GO! Our next up and comer also seems to be a fan of Play ‘n GO as this clip comes from Canadian streamer Vzoo playing Battle Royal, a tale of the most (in)famous King in English history, Henry the 8th and his penchant for relieving his wives of their heads. Playing at $1 a spin, Vzoo is already doing well on the free spins feature where he eventually leaves with $173. As his chosen wife is the last to be beheaded (if you’re unsure of what the hell I’m talking about check out my Battle Royal review here) Vzoo gets to play the Long Live the King feature. This feature sees the player pick from various treasure chests in the hope of finding a key which will both let him out of the tower and also apply a win multiplier to his overall score. Happily Vzoo finds the key before one of the castles ghosts finds him and his entire winnings are multiplier by 3 giving him a total win of $573 (573x).

Slots4fun777 is another twitch streamer who is gathering a decent following, and is yet another streamer featured in this compilation that gets lucky on a Play ‘n GO slot! This time it’s their all-time most popular gam, Book of Dead which comes up with the goods. Inevitably it is the free spins round which pays off. Slots4fun777’s random ‘special symbol’ is Riche Wilde (the game’s highest paying symbol) meaning that any appearances of the symbol expand to cover the entire reel and all expanded reels are counted as though they are adjacent to one another. On his 3rd spin, Slots4fun77 lands a Rich Wilde on reels 1, 2, 3, and 5 thus filling four of the reels with the top paying symbol. This win alone brought in £1,000 and the total free spins win was £1,038, or 1,038x the bet size.

Riders of the Storm from Thunderkick is one of our favourite slots of 2019, and in this clip Lifehack_2996 makes a huge score from a free spins round after a fortuitous encounter with a bunch of random win multiplying wilds. One of the most lucrative features in Riders of the Storm are the walking wilds which can appear with win multipliers attached and for this free spins round Lifehack had selected 10 free spins with 3x win multipliers. The bonus round proved to be very lucrative for Lifehack_2996 throughout and with 5 spins remaining he had already locked up a win of over €800 playing at €5 a spin. Things got a whole lot better, however, when the 3 wild multipliers already on the board were joined by 5 more for a spin worth over 6,200 kr (€576) which isn’t bad from a 5kr spin. By the end of the round Lifehack had garnered 8,108.50 kr (€752) worth 1,622x the initial bet size.

Our final clip features one of our newest streamers here at CasinoGrounds, MitaaSpins playing Big Time Gaming’s Queen of Riches Megaways™ at €0.40 a spin. Being a Megaways™ slot there is always a chance that a huge base game spin might just roll in and that is exactly what happens here.  A single Eye of Horus symbol on reel 1 is joined by 5 full reels of 5 Eye of Horus symbols. Eye of Horus is one of the higher paying symbols in this game and with 3,125 ways to win Mitaaspins turns his €0.40 stake into a tasty €2,187.50 (5,469x) win 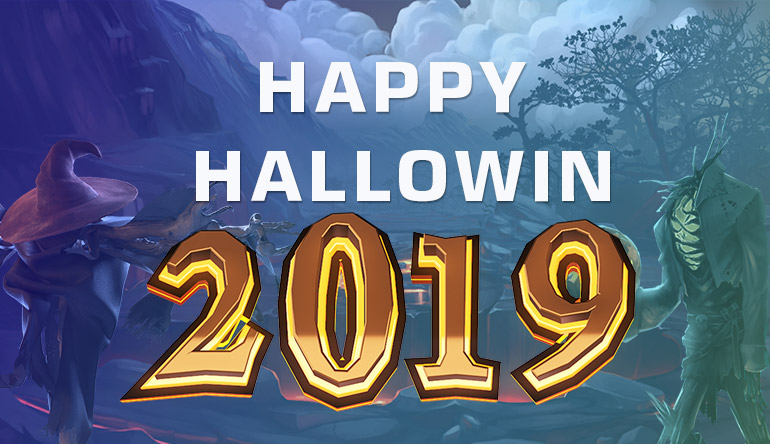 Previous
Get In! A Few More Days of Halloween Big Win Competition at JustSpin.