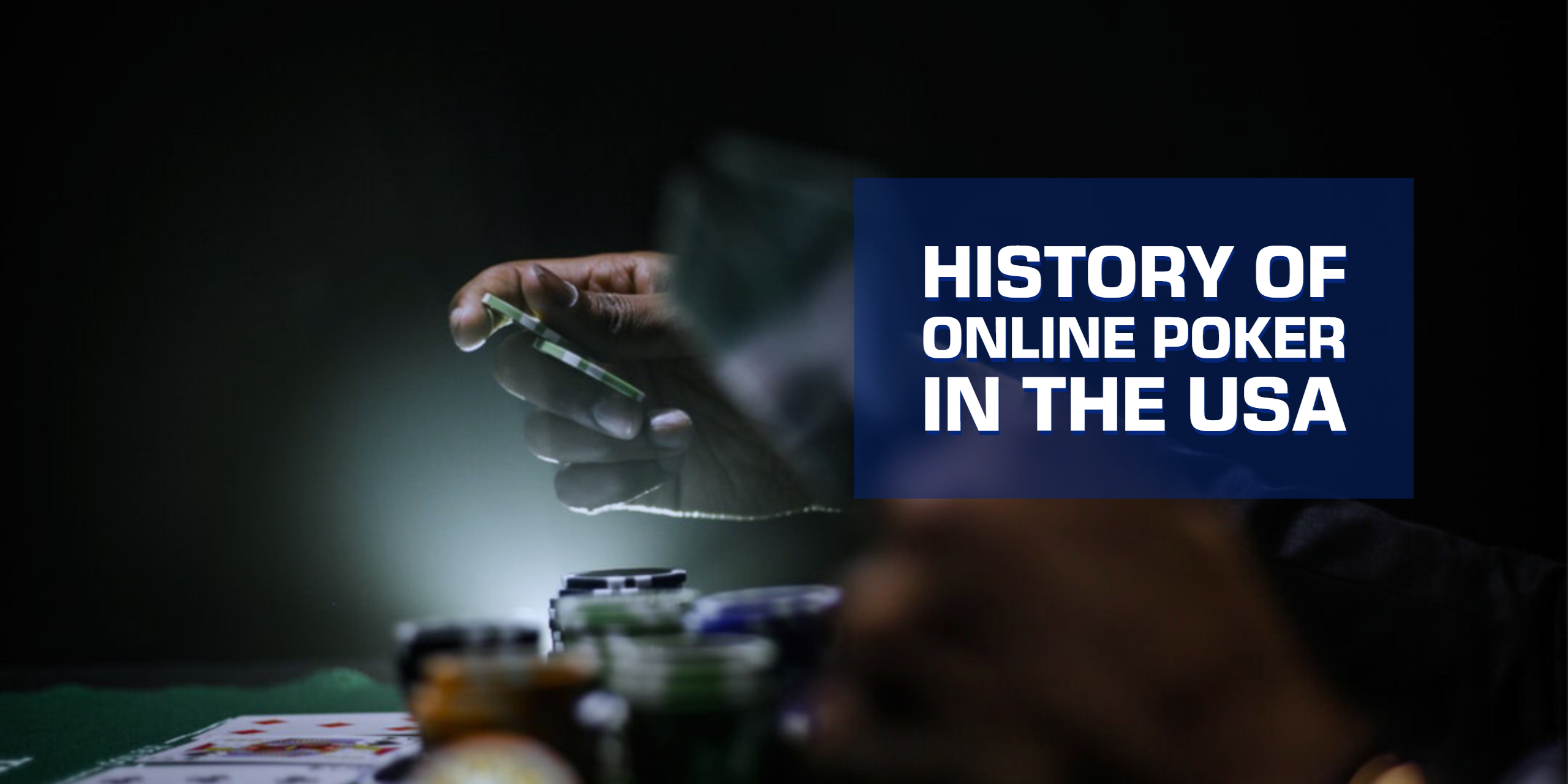 Online Poker in the US Part 1: From Birth to Black Friday

The annual WSOP (World Series of Poker) in Las Vegas is currently in full swing, attracting thousands upon thousands of players all vying for one of the 90 gold bracelets up for grabs. Last year over 123,000 entrants played in events which paid out a combined $266m in prize money – 70% of which went to players from the US. Perhaps this isn’t that surprising not only given the location of the Series but also because the game of poker has been synonymous with ‘The Land of the Free’ since the early 19th century.

From the early forms played aboard Mississippi riverboat casinos, via the Wild West saloons frequented by the likes of Wyatt Earp and “Wild” Bill Hicock, to the more sophisticated grinders who travelled from town to town, state to state looking for games on which to wager their bankrolls, through to the latter day online phenoms making millions at the click of a mouse – poker has always been a part of the fabric of Americana. Home games of poker between friends, families, and colleagues are commonplace. Even former Presidents (and a lot of them) from Abraham Lincoln through Richard Nixon to Barack Obama have famously enjoyed pitting their poker wits at the green baize. Frankly, the game couldn’t be more endorsed if it tried in the USA. Yet fewer than 10% of American states legally allow online poker. Fierce opposition from lobbyists and politicians with vested interests elsewhere have been pretty successful in making a mockery of America’s claim to be the “Land of the Free”. So what happened and how far have proponents of the legalisation of online poker got so far? Let’s take a quick look at where the US stands now and how it got there.

A Brief History of Online Poker in the USA

The first ever hand of real money online poker played out at a $3/$6 Limit Hold’em table on 1st January 1998 on market pioneer Planet Poker. Shortly thereafter a fortuitous series of occurrences resulted in an explosion in the reach, popularity, and progression of not online poker but poker in general.

Firstly, the success of the Matt Damon/Ed Norton movie, ‘Rounders’ seemed to strike a chord with a certain demographic. This, in part, fuelled a desire for more poker related media. At around the same time the invention of the ‘hole cam’ which allowed viewers of televised poker matches to see the hidden cards of each player at the table. For the first time poker became a spectator sport of sorts as viewers could see every decision players were making in context. The UK’s ‘Late Night Poker’ became an iconic Poker show and introduced the likes of Phil “Poker Brat” Hellmuth, and Dave “Devilfish” Ulliot to a wider audience – and they loved it.

From 1998-2003 online poker started to gain some decent traction with the overwhelming majority of sites being of North American origin. Then in 2003 what is arguably the most important moment in online poker history to date took place, although it didn’t actually take place online. 27 year old accountant and amateur poker player Chris Moneymaker won the $10,000 entry Main Event at the WSOP for $2.5m, beating the best players on the planet to a title previously reserved for grizzled pros with years of experience. Moneymaker had won his seat at the Main Event courtesy of a $38 satellite tournament played online at PokerStars, one of bigger sites in the business. The ESPN coverage of the event captured the imagination of millions. Overnight the so-called “Moneymaker effect” led to an exponential increase in the number of people playing poker, primarily online but also live. To give you an idea; in Moneymaker’s winning year 2003 there were 869 entrants into the $10,000 entry Main Event, by 2006 that number had reached 8,773.

While the online poker sites thrived, the land based casinos and the moral crusaders lobbied congress hard to outlaw it. It seemed unlikely that this would come to pass, especially after the US Federal Court ruled that the 1961 Wire Act (the opponents of online poker’s ‘ace card’) only prohibited sports betting and not online casino games or poker.

Then in 2006 the UIGEA (Unlawful Internet Gambling Enforcement Act) slipped quietly through into law, having been tagged on to a port security bill as a last minute amendment by a couple of Republican Senators – and everything changed.

As they couldn’t find a way to outlaw online poker, Senators Kyl and Frist’s bill went after the financial institutions handling the sites cash, making it illegal to deal in gambling proceeds. Overnight the online poker landscape was turned on its head as several of the major players, including the world’s largest site, Party Poker, left the US market. In fact Party Poker even agreed to pay a $100m fine to guarantee escape from prosecution.

Despite the UIGEA and the exodus of sites, and much to the chagrin of the champions of the UIGEA, online poker didn’t lose any traction in the US market, quite the opposite in fact. The main beneficiaries of this post-UIGEA boom were PokerStars and Full Tilt who soon claimed over 70% of the US market between them. Both companies were based well outside of US jurisdiction and technically they weren’t actually breaking any laws. However, the US Department of Justice were determined to get their way. By making it harder and harder for those involved to process deposits and withdrawals the sites ended up spending huge amounts of money trying to cover up the trail of their financial transactions and inevitably staggered into murkier and murkier waters.

By 2011 the US online poker industry was worth over $2.5bn with popular TV shows like High Stakes Poker and Poker After Dark making celebrities out of some of the games top players. The likes of PokerStars, Full Tilt, Ultimate Bet and Absolute Poker were raking in millions upon millions of dollars a month. On the surface it seemed as though things couldn’t be going any better. Then, on Friday 15th April 2011 the lights went out… 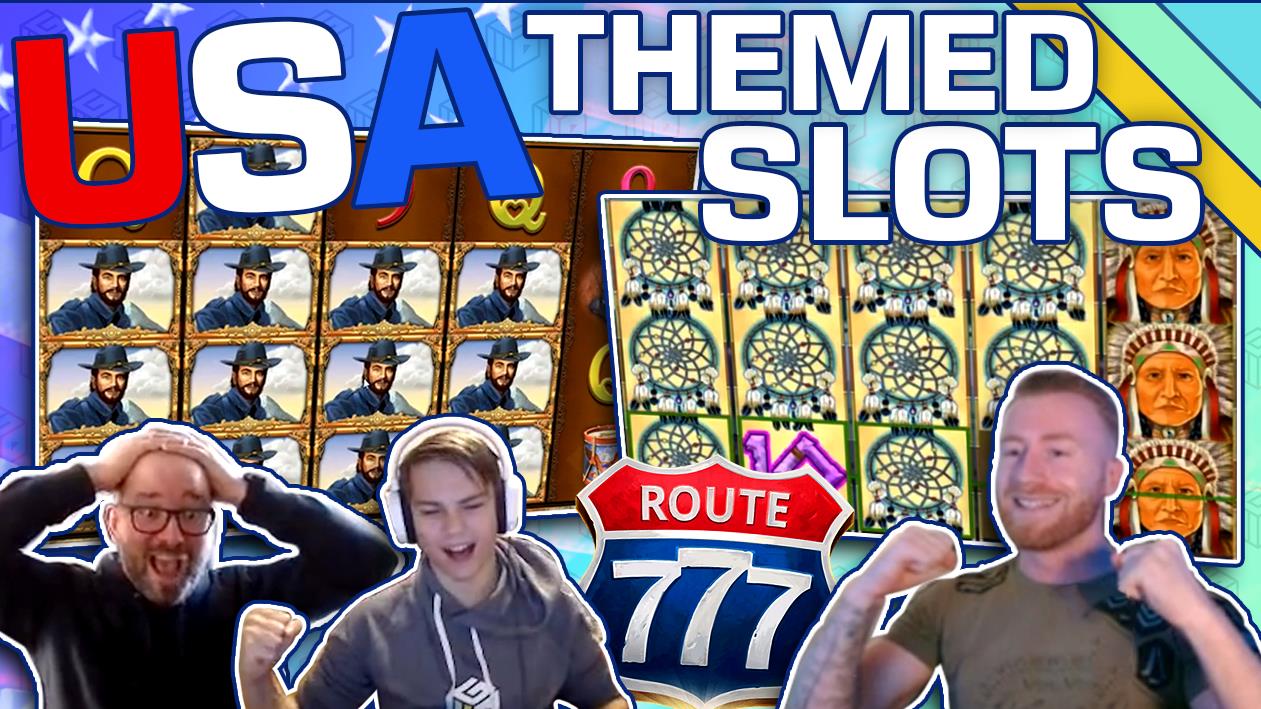 Previous
Top Independence Day Slots
Next
210K up for grabs at 21.com - Again! Read more inside.