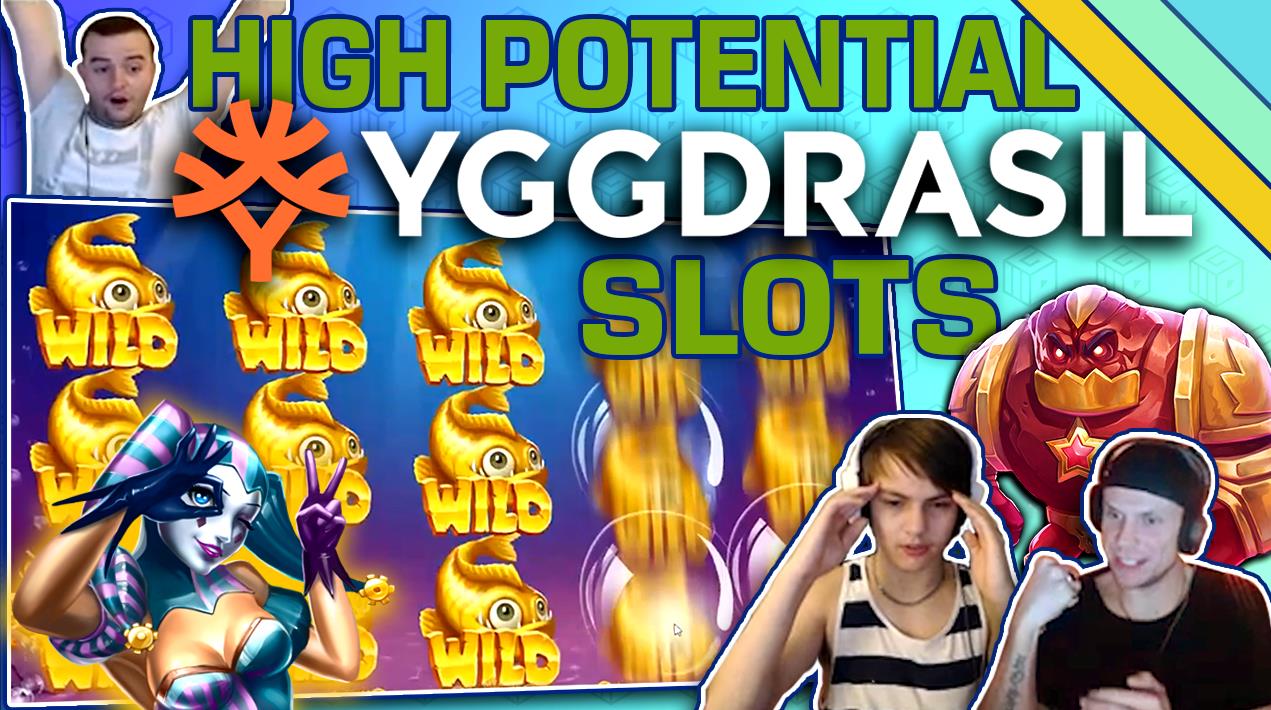 Yggdrasil Gaming do make slots that can pay. It’s a fact. We’re not telling you either; we’re gonna’ show you.

Get a hold of this:

“Freddie what the fudge” … is heard as the clip starts with CasinoReggie smashing some rocks in Yggdrasil Gamings Gem Rocks slot. He’s playing on a 15kr bet when he suddenly triggers the 4×4 block with the red star symbols (high paying ones) close by.

When CR realizes this, the jaw drops and you can see the anticipation in his face as he goes “oooooooooooh”. After “We awakened him. We awakened the big”, “super mega big win”, “Holy cow” and a few “Hallooooo”’s later, CasinoReggie’s happy with his kr 9.909 big win for a 660x

Craigslots triggers the Free Spins feature in Cazino Cosmos on a £2 bet. The Deadspin’s are very real with a winning balance of only 43 quid so far and 3 wilds on a line during his 9th spin.

On the very last spin, however, Cazino Cosmos goes into full Troll-reversal mode and lands 2!! more wild symbols to complete Craigslots wild line. The re-trigger giving him 5 extra spins is a fact, guaranteeing him a minimum of 2.300 coins won each spin. 5 spins later what looked like a fail, turned into a £1.117.50 payday, netting him a pretty 558x

HuggeHugg is playing Champions of Rome on a 6kr bet when he triggers the Free Spins Feature. In this game, you choose your own volatility via “Practice”-mode or “Death Match”. As HuggeHugg goes: “This can be zero x tough, that’s the thing. We’re going for the most volatile one”, meaning he picks the Death Match option, and the 5 free spins with a x4 multiplier.

He has to win a minimum of 450 coins, or he’ll lose everything. The round starts, and so does the ranting. “That was awful. Awful spin. That was awful as well. Where is the monster? Oh f*** me this is gonna be sh**. Oh my goodness. So we’re gonna’ win nothing this bonus. Ok ok. OH SH**! Is that full? Will that go over? I THINK WE’RE BEATING THEM BOYS! Boom BE-BEH. Hello Slotspinner! Get owned”. So, he reached his target of 450 coins, winning 5.688 in total.

Playing on a €0.25 bet with only €6.97 left of his roll, it doesn’t look too good for LuckyP when we tune in as he’s rolling with Jungle Books. That is, until he lands the Honey Click’n Pick feature. 9 choices. Which to choose? Ah, decisions, decisions. “Ah, let’s pick the one at the very top, middle”. BANG! 50.000 coins right thurr. All the other picks are below 1k coins, and he picks the biggest, fattest, most paying pick of them all. HAH! That’s €250, netting him a gigantic 1.000x

Oscarcasino’s playing around with a 17.50 kr bet when he triggers the free spins feature in Golden Fish Tank with 4 features to go with it. He has 4 picks. Taking note of the suggestions in chat, Oscarcasino happily obliges, landing him nearly only wilds and stacked reels.

“Can be good” – he says. Little did you know mate, that after a few minutes your balance would increase by 7.139 kr, which equals a 407x win. Yup. “Hello YouTube. Hello CasinoGrounds”. Well, hi there and hello to you to!

Playing with €12.50 pr spin Jarrtu84 is going larger than life on Vikings Go To Hell when he triggers the bonus feature granting him 12 spins. Long story short (because he literally tears the slot apart one big win after another), it’s on his 11th spin he smothers the screen with wilds, leaving only one section open.

With that said, he progresses to level 2, where 7 more free spins are waiting for him. After a minute or two, he’s looking quite baffled when the balance of €10.295 reveals itself, which equals an 823x mega win. “I need to take a nap now”, haha. Jarrtu84 has left the building.

Miikapekka Goes Berzerk on a Vikings Slot Too

Miikapekka is playing with a $1 bet when he triggers 14 free spins on the Vikings Go Berzerk Slot. Whether or not it’s the streamer’s mojo or the slot that goes Berzerk remains a mystery, but on the 12th spin the whole screen is covered in wilds, landing him a $1.836 bankroll booster, for a big win which equals the same; a 1.836x.

Tumtumyumyum takes a ride on the Cazino Zeppelin and soars high

Playing with a €0.20 bet, Tumtumyumyum triggers the Free Spins feature in Cazino Zeppelin. He lands a wild line on his very first spin, securing a “Super mega big win” on every spin.

On his 3rd last spin you can hear him go “This is totally insane”, which is understandable with a triple wild line. 8 spins later as the dust settles, it’s clear that his mega 3.957x win netting him €791.48 makes an impact as you hear him “Get the f*** in there”. Haha, yes. Get in. a near 4k x win is just insane. 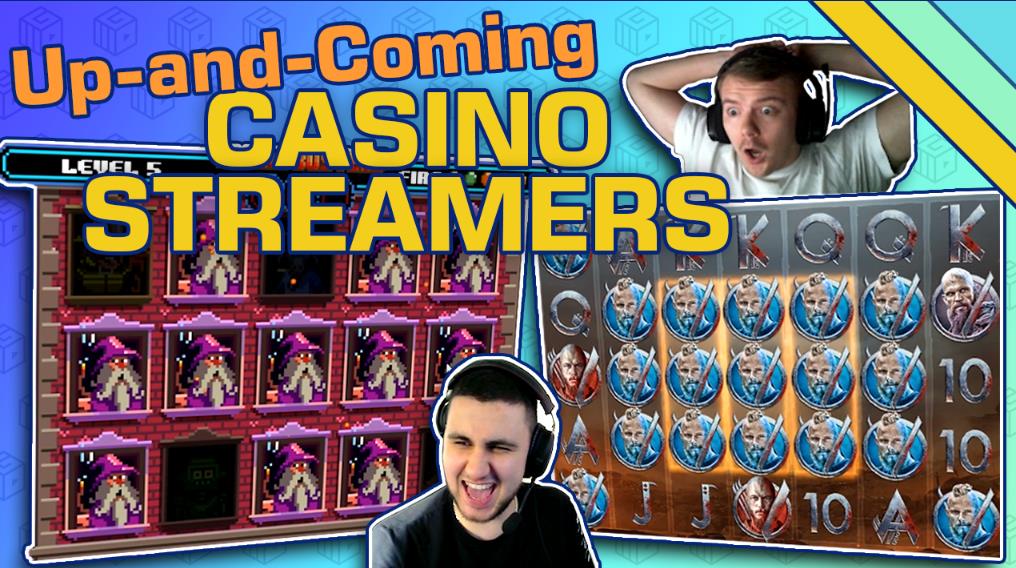 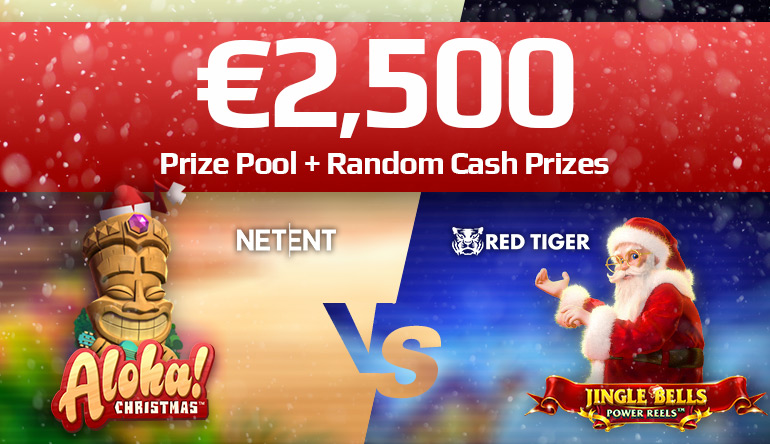