This week’s compilation focusses on our pick of some of the best new slots to hit the online casinos in the last month of 2019. Included are clips from some of your favourite streamers including Casinogrounds very own LetsGiveItASpin, Slotspinner, and Jamjarboy.

First up today we have our top boy, LetsGiveItASpin picking up a tidy win on ReelPlay’s excellent new El Dorado (City of Lost Gold) based slot. We join the action as LGIAS trigger 10 free spins. Before beginning his bonus round he gambles up to the top starting level meaning that he starts with a 4x multiplier. It also means that every winning spin earns another 4x win multiplier. Given that the win multiplier never resets during free spins, that’s quite a killer combo.

Wild Frames is a highly volatile cluster pays slot released in late December by Play’n GO. Here we have forum member Boulder playing for €1 a spin when he yields a fine return of 450x. A confusing game to watch if you’re not familiar with the rules, the easiest way to get your head around it is that the more clusters of matching symbols you land in consecutive drops (spins), the more (and more lucrative) reel modifying features you unlock.

In this particular clip Boulder manages to land enough consecutive cluster wins to reach the top modifier, the ‘Wild Frames’ feature. Put simply, throughout the journey to ‘Wild Frames’ other features result in wild symbols landing on the board. Each wild which appears on the board then leaves a frame around the symbol space, even when it drops or disappears after forming part of a winning cluster. By the time a player reaches the ‘Wild Frames’ feature there tend to be plenty of framed spaces. Furthermore, any spaces which have been occupied by more than one wild throughout the win streak have win multipliers applied. Wild Frames then turns all framed symbol wild which usually leads to a sizeable win. It certainly does in Boulder’s case as his winnings from his winning streak are boosted from just €30 to €450 for a 450x win.

Eye of Horus Megaways™ is another of Blueprint Gaming’s upgrades, following on from the original release in 2016. Here we have CG favourite Slotspinner displaying yet more of his legendary luck playing at €5 a spin.

Once again, we join the action at the start of free spins. There are now cascading symbols with reaction wins in this game, but that is made up for by the versatility of the wild symbol. Any wild which lands expands to cover the whole reel and adds another free spin. Not only that but it also upgrades the lowest paying premium symbol to the one directly above it on the paytable. This means that if 5 or more wilds land throughout the bonus round, all premium symbols will now be the highest paying Eye of Horus symbol.

Slotspinner starts to pick up wilds early, and when he lands wilds on reels 2 and 3 on his 5th spin, not only does he move to within 1 more wild of turning all symbols into the Eye of Horus , but he also earns 3 more free spins (landing 2 wilds in one spin adds 3 free spins) and bags a 16 symbol win across 5 reels with the 3rd highest paying symbol for a €1,525 (305x) score. The next few spins add a few more hundred euros thanks to the high paying symbol upgrades before he lands that final wild to complete the symbol upgrades. This then allows him to land two €600 Eye of Horus symbol wins before the end of the round as Slotspinner finally concedes, “So this game CAN pay” after walking away with a €3,096 (619x) payday.

The inevitable Monopoly Megaways™ also arrived in December, and it was Megaways™ creators, Big Time Gaming, who took on the challenge. This game not only features the famous Megaways reel mechanic but also another of BTG’s proprietary mechanics, Reel Adventure™. This game’s Reel Adventure features Monopoly’s Mr Moneybags walking along the board picking up reel modifiers in the form of extra properties, free spins etc.

We join the game pretty late on when Dannie, playing at £0.20 a spin has already played 17 free spins and earned a 30x win multiplier, (in this game multipliers are awarded for owning utilities and properties). He’d also earned over £68 (340x) in winnings. He furthered his final winning total to £118.57 (593x) by the end of the round from 29 spins, finishing with a win multiplier of 31x.

Playing at €1 a spin, CG streamer Jamjarboy starts of this clip landing three scatters and choosing ‘Dragon Spins Extreme’ for his bonus round, the more volatile of the two options, where wins of up to 27,000x are possible. He doesn’t quite reach those lofty heights, but he makes a nice win, nonetheless. During Dragon Spins the major goal is to land as many winning premium Dragon symbols as possible because as soon as any Dragon has appeared in 3 winning combinations it turns wild. Each time a Dragon turns wild, 2 extra spins are also added. Pretty soon Jamjarboy has turned all 5 Dragons wild, and this is when the big wins start rolling in. With all Dragons wild, spins of €37, €54, €93, and €157, allow Jamjarboy to end the bonus round with a win of €409 for a 409x win.

Jewel Scarabs by Red Tiger gaming is a fairly simple game utilising the well-worn Ancient Egyptian theme. It is from the free spins round that the big wins emanate, and we head straight over there at the start of this clip to witness a tasty win courtesy of forum member Pelonai, playing at €0.20 a spin.

Jewel Scarabs may be simple, but it can also be very lucrative and pretty exciting. As in many Ancient Egypt games, the wild is also the scatter (in this case the Scarab), and when 3 or more land, 7 free spins are awarded. The Scarabs all remain on the board throughout the bonus round but hover around the reels during each spin before coming to rest in a different location each time. Furthermore, each time a Scarab forms part of a win it has a 1x win multiplier added. Additional Scarabs can also land during free spins and become flying, multiplier wilds.

It looks very likely that Pelonai is going to walk away with a pretty poor win from this round, having only amassed €4.62. However, during the course of the first 6 spins he had managed to land a few small wins which increased the Scarabs win multipliers to 3x, 4x, and 5x respectively. On the final spin the stars align and the Scarab’s line up next to each other as well as connecting with Anubis, the highest paying symbol for a couple of meaty lines multiplied by 60x. This single spin earns Pelonai €289.20 for a total win of €293.82 for a 1,469x win.

Our final win sees Robbie867 land a huge win on iSOftBet’s Aztec Gold Megaways™ playing at just £0.20 a spin. This slot only has one major feature, but it’s a good one if lady luck is on your side, and it certainly was on Robbie’s.

The feature is similar to that used in several other slots, most recently (and notably in my opinion) in Relax Gaming’s Money Train. Three respins are awarded and the screen cleared of regular symbols. On the respins only golden scatters, blanks, or one of three Jackpot symbols (Mini, Major, or Mega) can land. Each new scatter which lands resets the respins to 3. Every scatter is also given a multiplier value (awarding a multiple of the original bet size). Respins continue until 3 spins elapse with no scatter landing. The original scatters which triggered the bonus round also stay on the board and are included in the final tally. Additionally, if any reel fills with scatters then the entire row’s value is randomly multiplier by between 3x and 7x.

At the end of his Respins, Robbie687 has landed a total of 14 scatters which have win multipliers of between 1x and 6x attached. However, he also landed the Mega Jackpot symbol, which is worth 1,000x the bet size. Not only that, but the Mega symbol landed on a reel which filled with scatters and a 3x win multiplier was added to the entire reel. His finally win was £613.60 for a massive 3,044x win. 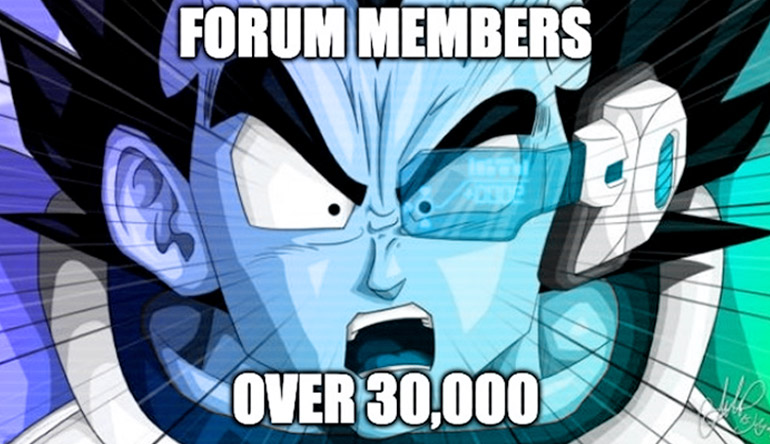