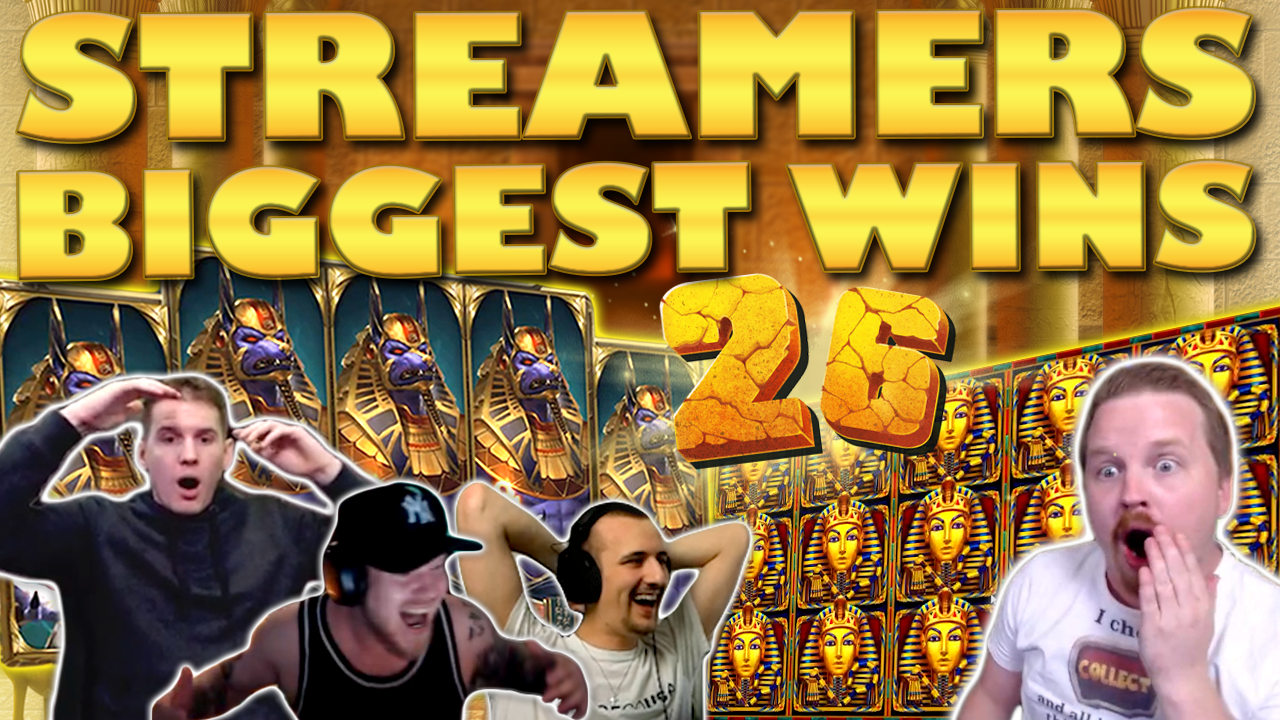 As it is the last day of June, we have to give this month a proper sedoff. Hence, we bring yet another streamer's compilation full of spectacular slot wins. Moreover, we include new game releases as well as classic titles. Each one brings a unique bonus round or free spin feature. The streamers featured are also quite diverse, and they range from up & coming to some of the most popular ones. Lastly, we have not one but two bonus clips at the end of the video, for those of you who prefer other types of gamling games, apart from slot machines. - So let's get started!

Right off the bat we begin with a new slot. Specifically with Fruit Party from Pragmatic Play which you can try at Kaboo casino. This game boosts quite a number of interesting features. The most important of which is the random multiplier. It was thanks to it that BigC9977 managed to land a spectacular 5k times the bet bonus win. On the other hand Locoslots opted for a more classical title. He activated the free spins on the Roman Legion slot. Here, every wild that lands on screens becomes sticky. Our streamer was fortunate enough to get a bunch of them, creating a lot of wild lines in the process. Thus, he finished the bonus with a huge 2731x win.

Another brand new slot machine which we showcase for the first time on our videos is Big Time Gaming’s Star Clusters. You could argue that this was one of the most anticipated games of the year. - And for good reason. Star Clusters boosts a distinctive bonus feature, the likes of which we have not seen before. Thus, in the free spins, during a winning combination, each winning symbol will split to be replaced by 4 smaller symbols. In addition, you have the ability to increase the overall multiplier, as well as, get extra spins. Today’s win on Star Clusters is a 1324x the bet from Miikapekka. However, we predict even more insane hits will show up in the upcoming weeks. Our second BTG slot is good old Danger High Voltage. Chipmonkz gets quite a nice base game hit with three wild reels and a full line of premium skull symbols.

Additional slots on today’s compilation include Book of Tut, Secret of the Stones Max and Medallion. All three are available at LeoVegas casino. Book of Tut is another addition on the list of book games. Hence, the bonus relies on the expanding symbols feature. Gambel Gangsta managed to trigger the free spins and then land a full screen of the second highest paying symbols. Consequently he got a massive 2009x payout. Next, LetsGiveItASpin gets the better of Secret of the Stones Max. The Swede was lucky to pick the best possible features before the bonus even started. Lastly, we need to also mention Casinohopers and his win on the Medallion slot machine. This is a very typical gambling title, which includes sparkly gems and cascading symbols. Nonetheless, despite its average looks, the potential the game possesses is very high. Casinohopers found that out first hand when he ended up with a nice 900x hit.

Before we get to the top hit of this video, let us take a look at Nickslots and his encounter with Aztec Gold Megaways. After Danger, this is the second base game hit we feature on the compilation. Out of nowhere, one lucky spin lands almost a full screen of the highest paying premium. - Giving Nick a huge 2400x in the blink of an eye. The best win of the day comes from a relatively new streamer. Mickeversum is the name and judging from the currency he plays with. - He is another Swede. Mickeversum gives a strong first impression with a mega win of 5700x the stake on Ankh of Anubis. We hope to see more from this player in the future. Finally, do not forget to check the two bonus clips at the end of the video. One of them is on Crazy Time while the other is on MoneyBall. Enjoy them both, and let us know which one you like better.